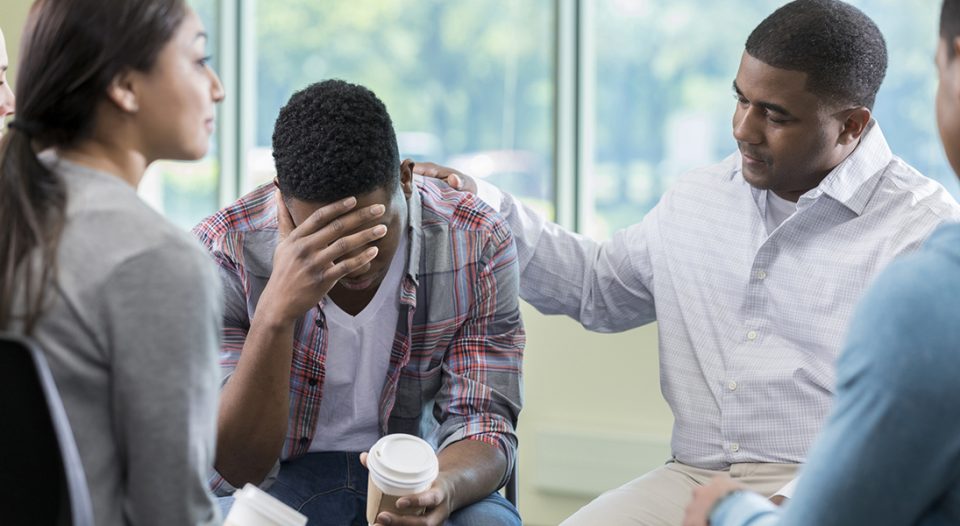 Suffering and mourning are unavoidable parts of being human—and of being Christian. Frequently, especially in some newer denominations (or nondenominations), suffering is downplayed and mourners can be attacked as insufficiently faithful. This happened to a close friend of mine whose wife had passed away the previous year after a long illness. A young minister told him that he should stop mourning because, since his prayers hadn’t cured her illness, she was happy and with God. Through his tears, my friend said he knew his wife was with God, but that he still missed his constant companion and the love of his life.

Of course, there is abundant joy for those who follow Jesus. But Jesus also tells us to take up the cross and follow him (Luke 9:23). It isn’t Jesus’ cross, but our own. In Isaiah 53, we read a description of a man of sorrows, and our thoughts immediately return to Jesus, who wept and mourned his friend Lazarus’ death (John 11:35). He also wept over the city of Jerusalem and its impending destruction by the evil Roman Empire (Luke 19:41). Jesus came by his penchant for mourning naturally. Scripture is full of depictions of God mourning injustice and evil in the world. God’s holy community of Israel had centuries of occasions to practice mourning for the suffering that befell them as individuals and as a group.

I’ll never forget the first time I moved to Jerusalem. I was there over Tisha b’av (the 9th of the month of Av, in the later part of summer) in 2004. This day commemorates numerous calamities that overtook the Jewish people in their history. On that day, the first temple was destroyed by the Babylonians. Almost 650 years later, to the day, the Roman siege of Jerusalem destroyed the second temple. In 1290, Jews were expelled from England on that day. In 1492 (while Columbus was sailing the ocean blue) Ferdinand and Isabella banished the Jews from Spain on the 9th of Av. This day of calamities is observed (never celebrated) by reading Lamentations. In Jerusalem, we walked around the walls of the old city and listened to impassioned readers proclaim: “How lonely sits the city that once was full of people! … She weeps bitterly in the night, with tears on her cheeks .… The roads to Zion mourn, for no one comes to the festivals; all her gates are desolate, her priests groan; her young girls grieve, and her lot is bitter” (Lamentations 1:1-2, 4).

We all suffer and mourn, and pretending it doesn’t happen only privatizes the pain and prevents communities from helping us cope with pain by sharing and lifting each other up in prayer and compassion.

I grew up in church traditions that don’t publicly mourn. To see strangers weeping together because of suffering from hundreds of years ago, mingling with the suffering of yesterday and today, was a watershed moment. We all suffer and mourn, and pretending it doesn’t happen only privatizes the pain and prevents communities from helping us cope with pain by sharing and lifting each other up in prayer and compassion.

Paul knew that privatized grief and emotional suffering was especially injurious. He invited Timothy to not be ashamed “of the testimony about our Lord or of me his prisoner, but join with me in suffering for the gospel” (2 Timothy 1:8). Paul could have urged Timothy to keep doing his good work and keep a stiff upper lip. Instead, he described his suffering (1:12), saying he longed to see Timothy—specifically because he remembered the young man’s tears (1:4). Did Paul just need a good cry with someone he knew and trusted? I’m not sure that is what he is saying, but if it is, I can certainly empathize. Sometimes I just want to weep with someone who understands what I am going through.

Just like Timothy, we all have an obligation to come alongside those who are suffering to help them ease their pain. I would argue that it’s not helpful to avoid pain or dismiss it, but to address it, saying to each other, I know this is terrible, but I’m here with you and we will make it through together.

I think this is the meaning of Jesus’ talk about expectations in Luke 17:7-10. He asked his disciples a series of three rhetorical questions. First, if masters allowed tired slaves to eat before finishing all their work (of course not!). Second, if the disciples would rather be served by slaves and only later take care of themselves (of course they would). And third: if they even thank slaves for doing their work (no, they don’t). Jesus concluded: if that’s how humans expect other enslaved humans to work for their master (who is, in fact, only another human), how much more should humans take on an attitude of service toward God.

But, and this is important, God isn’t a cosmic slave master. Very much the opposite—God wants disciples to be in the business of ending suffering and oppression:

Is not this the fast that I choose: to loose the bonds of injustice, to undo the thongs of the yoke, to let the oppressed go free, and to break every yoke? Is it not to share your bread with the hungry, and bring the homeless poor into your house; when you see the naked, to cover them, and not to hide yourself from your own kin? (Isaiah 58:6-7).

We need to read Jesus’ words in the context of his overall ministry. Jesus came to take on the human condition, to introduce God to human suffering in an intimate way—and to use that assumption of humanity to destroy the powers of sin and death. And Jesus invites commands us to join in that effort. We aren’t the saviors of the world, but we can suffer and mourn with our neighbors, as Jesus did. And we can roll back the effects of sin and death by being a life-giving presence in our communities when they suffer, as Jesus did.

Ignoring or shaming those who suffer and mourn is wrong. That is not what Jesus did. Instead, he suffered with humans and suffered for humans. Our call is to work to alleviate suffering, not by pretending it’s not real, but by acknowledging how very real it is, being neighbors to those who suffer, and, when we can, working to alleviate systemic evils that cause suffering.