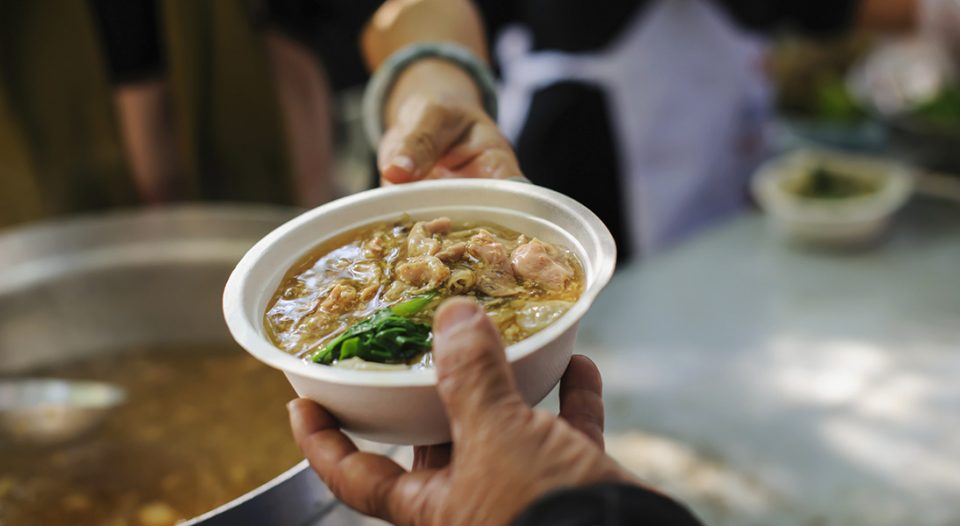 Have you ever been interested in joining something, only to find out later the steep cost of membership? Recently, many Facebook users downloaded an app that aged their photos so they could see what they would look like when they grew old. It seemed like harmless fun at first. But then folks started to read the fine print (that we all skip over) and noticed that by downloading the app, they gave the developer permanent rights to keep and use all of their photos. Not so harmless after all. Sadly, some religious institutions also work this way, promising safe, fun membership, only to use and abuse people once they have joined. Jesus isn’t like this, as we see in this week’s Gospel reading.

For most of Luke 14, Jesus held forth at a dinner that he was invited to by a master of a school of the Pharisees. He was invited, specifically, so the students and master could ask questions and learn from him. The scene changes drastically in this week’s passage. Instead of holding a back-and-forth with these devoted Pharisees, Jesus addressed a great crowd that had assembled to see the famous wonder-worker and hear some of his teaching. But Jesus wanted to make sure that if they were thinking about becoming his disciples, they knew the cost ahead of time and made an informed decision (Luke 14:26-27, 33). To illustrate this, he used the examples of a builder and king who needed to evaluate if they would be able to complete the task.

Jesus said his disciples must hate their family and even their own life. Hate, in the sense that he used it, tells us about comparative valuing, rather than about deep, negative emotional attachment. As an analog, we learn that Jacob loved Rachel more than he loved Leah (Genesis 29:30). In the next verse (31), Leah is described as being “hated” (from the root שׂנא). But Jacob didn’t “hate” Leah as we think of the word—he simply loved her less than he did Rachel.

Paul used this same sense of hyperbole in discussing preferences: “Yet whatever gains I had, these I have come to regard as loss because of Christ. More than that, I regard everything as loss because of the surpassing value of knowing Christ Jesus my Lord. For his sake I have suffered the loss of all things, and I regard them as rubbish, in order that I may gain Christ” (Philippians 3:7-8). But we know that Paul enjoyed things and loved people. In this week’s epistle, he described what a joy Onesimus had been to him. Paul thought of Onesimus as his child and his own heart (Philemon 1:10, 12).

People still owned homes, land and things in the early church, to be sure. But the needs of the body of Christ as expressed through the neighbor were so much more important than private ownership.

After talking about how much he loves Onesimus and Philemon, Paul asked that a guestroom be set up for him. He didn’t hate comfort or things any more than he hated people. Paul simply regarded everything that is not Jesus as relatively worthless when compared with the greatest joy of knowing Jesus as his master. Jesus spoke in the same manner, not instructing people to hate anyone, least of all their parents. Rather, he said their devotion to him must be categorically and completely higher than devotion to loved ones and oneself.

In the same way, Jesus said no one can become a disciple without giving up all possessions. Again, we need to understand what Jesus was saying here as the early church did. Many of the early Christians took vows of poverty, sold everything and gave all the proceeds to the poor. But many did not. The writer of Luke and Acts seems to say that the attitude toward possessions which Jesus demands of his followers means the community’s needs are radically more important than private ownership. We read in Acts 2:44-45 that everything was held in common by the early church, and property and possessions were sold to give to anyone in need. Acts 4:32-37 says no one claimed they owned anything, but everything was held in common so that land or a house could be sold to provide for needs when they arose.

Finally, the case of Ananias and Sapphira (Acts 5:1-4, 8) shows that selling property to provide for the community was optional, but misrepresenting the full nature of the gift was fatal. We can’t pretend that we are following Jesus’ instruction to not consider anything we own as ours if we secretly hold back part of it for ourselves. If we give a portion, we must make sure we note that we are giving a portion and not devoting all our property to the community’s needs.

People still owned homes, land and things in the early church, to be sure. But the needs of the body of Christ as expressed through the neighbor were so much more important than private ownership. Early Christians were delighted to present the things in their lives as offerings to God for the community. Again, most disciples didn’t believe Jesus was demanding that they renounce all forms of wealth. Instead, Jesus wanted human priorities aligned with God’s priorities. They didn’t view anything as their own, but instead viewed themselves as stewards of the resources that God entrusted to them, and happily returned them to God when a need arose.

Jesus doesn’t tell us to hate anyone in the sense of the English word “hate.” Neither does Jesus demand that all his disciples own nothing. He is quoting the price of discipleship to potential followers­—following him has to be radically more important to us than loving those closest to us, our own selves, and maintaining rights to private ownership of goods. Jesus wants and demands that we be fully committed to following him over everything else. I contend that it is only in being fully devoted to Jesus that we can truly receive the grace to love our families, friends and ourselves fully.