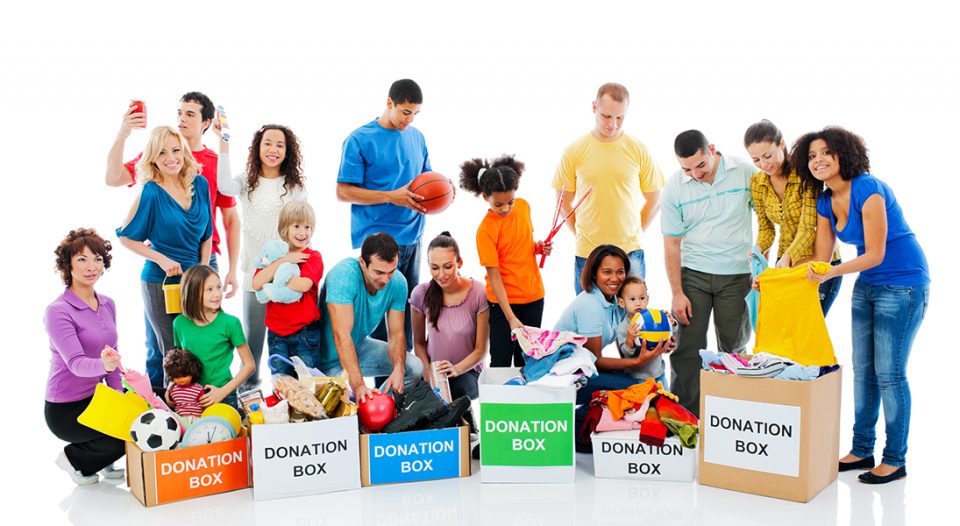 I don’t have a cutesy introduction story this week. In a time when migrants and even asylum-seekers are being locked up, separated from their families and targeted by white nationalists, I think Jesus’ parable of what happens to a rich man who doesn’t care for his neighbor needs no contextualizing introduction.

This week’s story contains a perplexing lack of details. Lazarus isn’t fully fleshed out. We don’t know anything about his character, his back story, his actions. All we know is that in life, Lazarus was hungry and had some sort of skin disease or trauma.

Similarly, the rich man’s character isn’t fleshed out well—we don’t even know his name. We do know that he lived a materially wealthy existence. We also know that he didn’t care for or share resources with those, like Lazarus, who were literally at his gate. After his death, we learn that he had five brothers who still lived at, or regularly returned to, his father’s house. While he didn’t care for Lazarus at all, either in life or death, he cared deeply about his family.

Without providing any note about Lazarus’ acceptance of grace or righteous living, Jesus noted that when the poor man died, he found his way to Abraham’s bosom/pocket (κόλπον Ἀβραάμ). This seems to be a place of comfort and reward (Luke 16:25). Similarly, when the rich man died, he was cast into Hades, which is presented as a fiery realm of torment, rather than a morally neutral, shadowy, languid, resting place like Sheol or other presentations of Greco-Roman Hades.

At death, the men’s situations were reversed, but their dispositions don’t seem to have changed. Lazarus was still silent and in close proximity to a potential patron. But Abraham provided for Lazarus much more faithfully than the rich man. Jesus said an ongoing process of comforting makes up for Lazarus’ suffering faced in earthly life.

After a lifetime of wealth and material, sensual comfort, the rich man died and faced the deeply unpleasant sensation of burning. But his disregard for Lazarus’ humanity continued. Rather than apologize or ask the poor man directly, the rich man appealed to Abraham to send Lazarus to comfort him. Abraham explained that their situations represented justice for both of them and that it was impossible for anyone to journey from one realm of the afterlife to the other. Then the rich man asked Abraham to dispatch Lazarus to serve his family by warning them of the dangers of torment in the afterlife. The rich man hasn’t changed at all—in both life and death he only cared about himself and his family, and showed a complete disregard for the personhood of Lazarus.

Paul urges people to use their riches to bless others: “They are to do good, to be rich in good works, generous, and ready to share, thus storing up for themselves the treasure of a good foundation for the future, so that they may take hold of the life that really is life” (1 Timothy 6:18-19).

Earlier in Luke 16, Jesus also spoke about money, telling the tale of the shrewd businessman who used his position of authority to earn friendships when he learned that he was about to be fired for malfeasance. Jesus told the story to urge people to use their money for good, while they could, so that God would welcome them into eternal dwellings. He went on to argue that humans can’t serve both God and Mammon (personification of confidence in wealth). The rich man undoubtedly worshiped the idol of wealth and luxury rather than the God whose eye is on the lowly (Psalm 138:6). He didn’t use his wealth to make friends who could help him either in the world to come. One wonders if Lazarus would have interceded for him with Abraham, if only the rich man had shared some of his material wealth with the poor man at his gate.

Jesus presented a view of the afterlife where people who don’t have compassion for those in need, but instead insulate themselves with sensual pleasures, are cast into suffering after their deaths. There is no accounting for anything other than a direct inversion of the circumstances of one’s earthly life. Jesus used this parable not to describe what heaven is like (that’s not how parables work) but simply to say that what we do and don’t do with money matters immensely and has consequences in this world and the next. In this, he is simply furthering the point he made earlier in the Gospel of Luke: “Blessed are you who are poor, for you own the kingdom of God. … Woe to you who are rich, for you have already received your comfort” (6:20, 24).

It’s important to remember that the man wasn’t barred from the good place because he was rich, but because he was selfish. In Jesus’ parable, the powerful figure of the afterlife is not God or Jesus, but Abraham, who was not in any sense poor. He had servants, herds, flocks, at least eight children and multiple sexual partners (Sarah, Hagar and Keturah). The key difference seems to be Abraham’s generosity to those around him and his faithfulness to undertake difficult tasks when God asked him to, rather than having a sole focus on self-pleasure. I don’t think this passage is a(n after)-death sentence for the rich, but rather a stark warning about the dangers of when love of self precludes love of the neighbor.

In this week’s epistle, Paul urges people to use their riches to bless others: “They are to do good, to be rich in good works, generous, and ready to share, thus storing up for themselves the treasure of a good foundation for the future, so that they may take hold of the life that really is life” (1 Timothy 6:18-19). The Hebrew Bible and New Testament are clear and consistent that we only steward resources for God, and we are to be ready to share with those in need. The chance to take care of others is both a blessing to live out our faith and an opportunity to store up heavenly treasures.