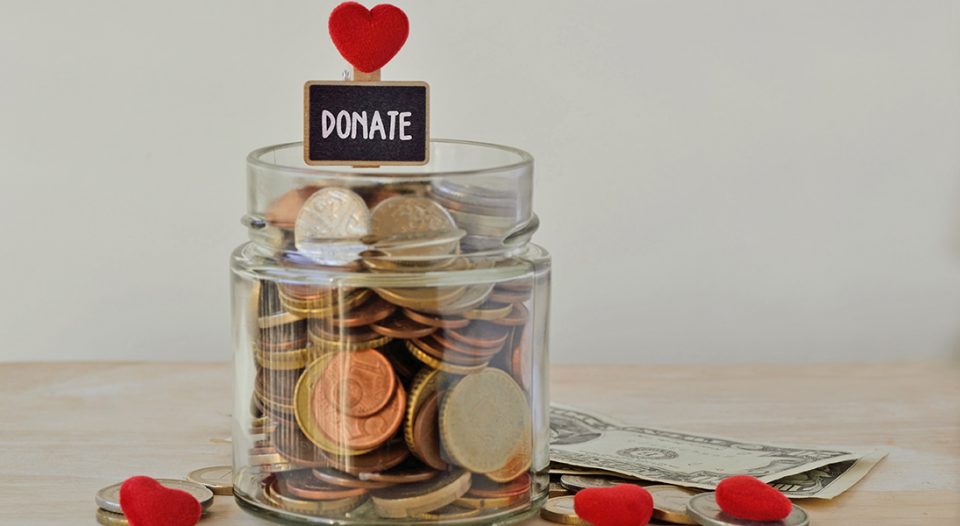 When I was young, I didn’t receive an allowance for doing chores. In my parents’ words: “Everybody contributes to our family, you don’t get extra just for doing your fair share.” Consequently, I continually begged my parents for money to buy comic books because I didn’t have my own funds. It wasn’t until my late 20s that I sat down with a financial planner. Interviewing my friends, most people seem to have learned about handling money and wise investment several decades before I did. Wise investment practices are the theme of Jesus’ message in this week’s Gospel reading.

In Luke 16:1-9, Jesus tells the story of a shrewd manager. When the manager’s embezzlement is exposed, he concocts a plan to use his access to his master’s accounting books to ingratiate himself with others. The master is wealthy, judging by the amount others owe him. One person owes a hundred baths of olive oil (the produce of about 150 olive trees). The manager told him to decrease his bill by half—a discount worth about 500 days’ wages. Then the manager told someone who owed his master 100 cors of wheat (the produce of about 100 acres) to cut the bill by 20% . His discount was also worth about 500 days’ wages. (The Parables: Jewish Tradition and Christian Interpretation by Brad Young; Hendrickson Publishers, 2007.)

It seems that the shrewd manager was buying friendship at the price of a year and a half’s labor. When the master discovers this, he congratulates the manager for his shrewdness (probably right before he has him thrown into prison).

Faithful stewardship of our earthly resources in being rich toward God and hospitable to our neighbor makes us friends with God.

Contrary to how this parable is frequently interpreted, it’s important to note that Jesus never supported dishonest business practices—in this parable or elsewhere. Rather, Jesus argued that just as the dishonest manager saw that his position was fleeting, and therefore used his access to wealth to make friends for himself on earth, so are we to use earthly wealth to make friends for ourselves in our eternal home (Luke 16:9).

Scholars David Flusser and Brad Young point out that Jesus’ parable purposefully called to mind the communal ownership practices of the separatist sect of the Essenes. The Essenes repeatedly refer to themselves as the “children of light” (Luke 16:8; 1QS of the Dead Sea Scrolls) and condemn any money that isn’t part of their shared community fund as the “wealth of unrighteousness” (Luke 16:9, 11; (CD)VI.15 among the Dead Sea Scrolls). Flusser and Young argue that Jesus lamented that those who engaged in worldly buying, selling and investing turned a better profit than those who simply donated money to a communal order instead of using it to help the poor.

The use of money was the key distinctive between the Qumran-Essene community and the early Christian community as depicted in Acts 2, 4. The Essenes, as far as we know, took vows of poverty and gave their goods to a central fund—and it sat there. The early Christian community also foreswore the idea that anything really belonged to individuals, but they held on to their property until there was a need for it to be sold and the profits to be distributed to help the poor. Helping the poor is what ingratiates us to heavenly “friends” who then open up their eternal dwellings to us (Luke 16:9). We see this message all the more clearly when we consider the canonical and rhetorical context of the shrewd manager.

The story of the shrewd manager is told between two other related parables. The parable of the lost son(s) from last week gave a negative example of how first father and then son foolishly threw away wealth with no return. Next week, we will read about the rich man and Lazarus, which gives a further application of the lesson from the parable of the shrewd manager. I hope it doesn’t come as a spoiler that the rich man failed to use his wealth to acquire “friends” for himself with eternal dwellings and, therefore, found himself in a most uncomfortable position.

Jesus brings home his message by pointing out that how one uses earthly wealth is indicative of how one feels about what is truly valuable—the kingdom of God. If we use our earthly wealth only to comfort ourselves and impress others, God will not trust us with the riches of the kingdom of heaven (Luke 16:10-12). On the other hand, faithful stewardship of our earthly resources in being rich toward God and hospitable to our neighbor makes us friends with God. As Augustine said, “The bellies of the poor are much safer storerooms than our barns.”