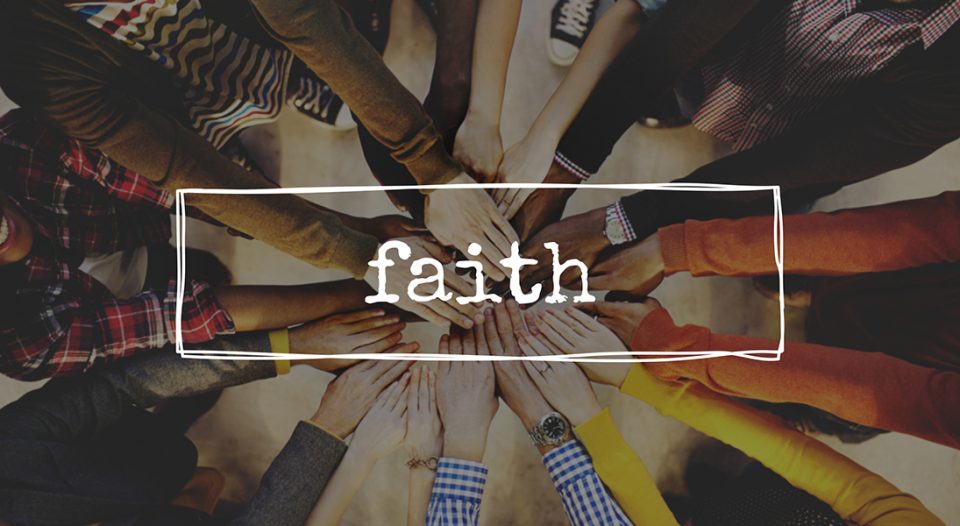 As we celebrate Reformation Day this week, we think of the most important change brought about by Martin Luther—the laser focus on the role that grace and faith play in the Christian’s life. We Lutheran Christians believe and confess that it is God’s grace alone that saves us. We are called to respond in faith and faithfulness to Jesus’ leadership of his church. The lectionary readings for Nov. 3 help us understand how God’s grace and call to faith saturates Scripture.

The passage from Habakkuk may seem a little bit difficult to approach at first. When we consider the context, the words leap off the pages. Most scholars agree that Habakkuk lived and prophesied toward the end of the Kingdom of Judah. Hundreds of years of injustice and idolatry, of chasing after wealth and prestige instead of focusing on God’s righteousness, led to the Kingdom of Israel’s downfall. The same downward spiral was happening before Habakkuk’s eyes in Judah. Yet many people, presumably the humble, everyday citizens of the kingdom, did the best they could, while acknowledging that they were obviously imperfect. The Chaldean threat was coming to them too, not just to the nobles and rulers who had led the people into the foolish trap of national aggrandizement (Habakkuk 1:6).

Habakkuk asked God why the Lord seemed to punish the righteous and the guilty with the same tool (1:2-4). Essentially, he was asking the classical question of theodicy that we all face: why do bad things happen to good people? God’s response, in part, was to say that everyone deserves what is about to come (2:2-20). This reminds me of the words of Rabbi Abraham Joshua Heschel:

“The more deeply immersed I became in the thinking of the prophets, the more powerfully it became clear to me what the lives of the prophets sought to convey: that morally speaking, there is no limit to the concern one must feel for the suffering of human beings, that indifference to evil is worse than evil itself, that in a free society, some are guilty, but all are responsible” (“The Reasons for My Involvement in the Peace Movement”; 1972 essay).

Amid this pronunciation of divine retribution for lack of care for neighbor in a corrupt society, God gave a promise: The righteous shall live by faith (Habakkuk 2:4). The New Testament writers seized on this truth. Romans 1:17, Galatians 3:11 and Hebrews 10:38 all refer to Habakkuk to argue that even in the midst of dire situations, God’s followers are called to faith in the God who saves.

We are called to respond in faith and faithfulness to Jesus’ leadership of his church.

An example of such persistent faith is Zacchaeus from the Gospel of Luke. Zacchaeus had a difficult, isolating job. He was a tax collector, presumably collaborating with the Herodians and then Rome. His collection route was in the cursed town of Jericho (Joshua 6:26, 1 Kings 16:34), which Herod the Great had made into a sort of sin-city out in the desert. The town was crammed with pleasure palaces and gardens where lavish Greco-Roman themed parties were held just a short journey from Jerusalem. Zacchaeus did his best to be faithful in this context. He scrupulously avoided overcharging people (note the often overlooked “if” in Luke 19:8). And when he heard the messiah was coming to town, he took extraordinary measures just to take sight of God’s anointed one.

Zacchaeus received Jesus warmly into his home. When people muttered about it, Zacchaeus attempted to buy off the crowd so they wouldn’t complain about his guest. He offered to give away half of all his possessions on the spot. He also promised to right any wrongs he had done—if there were any—with repayment far in excess of what was called for in the law (Leviticus 6:1-5). Jesus instantly understood that this was a man of deep faith who had faced social ostracism for far too long. He announced to Zacchaeus—but using the third-person so the crowd understood—that salvation had come to Zacchaeus’ house because he, too, was a child of Abraham.

The author of 2 Thessalonians also commends the faith of those who want to follow God in difficult situations. Indeed, the author boasted about the steadfastness and faith of the Thessalonian church in the midst of all the persecutions and afflictions they had faced (2 Thessalonians 1:4). Not only did this church eke by during its difficult times, but members actually increased their faith and grew in love for each other (1:3).

I think this is the message of Habakkuk and the Bible more generally: Even when times are at their worst, we are called to lives of faith, to be faithful to God’s call on our lives, and to stand firm in what we believe. This has been the faithful witness of the saints of the church, from the early days, through the Reformation, carrying on even to these days.