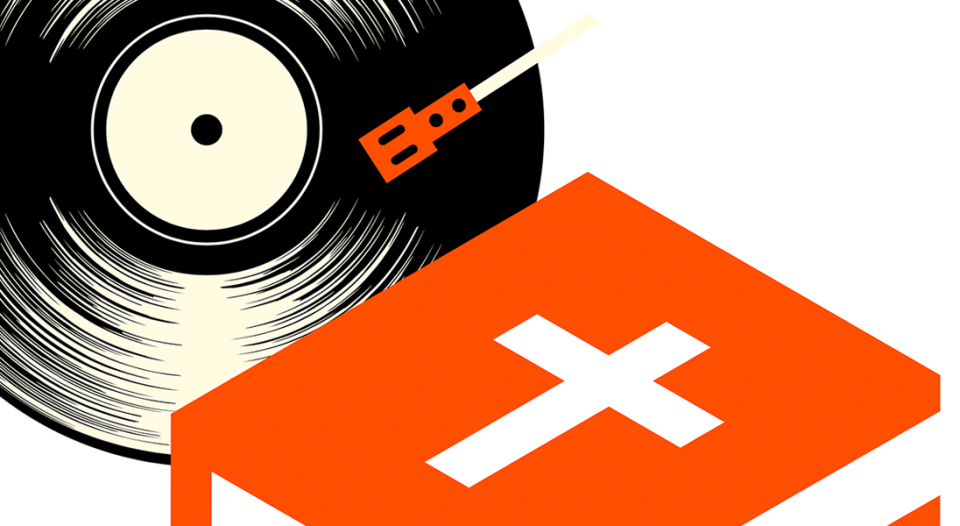 Editor’s note: The Vinyl Preacher is a weekly podcast in which co-hosts—and ELCA campus pastors—Matt Keadle and Zach Parris discuss Sunday’s lectionary texts and create playlists of songs to listen to on the way to or from worship. It is supported by the Lutheran Campus Ministry Network and the ELCA.

We started The Vinyl Preacher podcast as a weekly conversation to keep us connected, a regular source of mutual support. Since we each do ministry on college campuses in the increasingly secular western U.S., we spend a lot of time outside church culture. We felt that reflecting on the ways the biblical drama of faith and doubt, hope and despair, death and resurrection plays out in popular culture—particularly in popular music—might be useful as we prepare to preach in the 21st century.

Here we present a playlist for Christ the King Sunday (Nov. 24), also known as Reign of Christ Sunday, Year C.

I confess I’ve always had an ambivalent relationship with Christ the King Sunday. In one of my earliest sermons, I lashed out at images of patriarchal monarchy and mostly forgot about the good news. I hadn’t yet come to terms with my own deep skepticism of power.

Maybe that’s why I’m drawn to rapper Kendrick Lamar’s approach here, where he explores from dozens of angles what it means to be king, including the duality of hero and villain and how both can exist in the same person. Then, take King T’Challa (the main character in the film Black Panther, for which Lamar created the song): In a season when white supremacy is rearing its head, we saw a black man rise to the throne of the Marvel Cinematic Universe. Maybe there’s more subversion to Christ the King Sunday than I initially thought. (Matt Keadle)

“The Joke” by Brandi Carlile

I first saw country singer-songwriter Brandi Carlile while sitting on metal bleachers on the hottest day of the 2007 Taste of Chicago. Since then, her career has gotten even hotter. On Christ the King Sunday, Jesus hangs on the cross, mocked by leaders soldiers and criminals. They offer him only sour wine to drink. As Carlile sings: “Let ’em laugh while they can, let ’em spin, let ’em scatter in the wind.”

We celebrate Christ enthroned by focusing on the ridiculed Jesus on the cross because, like Carlile, we know how this story ends—“and the joke’s on them.” (Zack Parris)

“Tilted” by Christine and the Queens

We’d better have some queens on such a royal Sunday. I first encountered Christine and the Queens (aka pop singer-songwriter Héloïse Adelaïde Letissier) at Coachella 2016. What a performance! I was especially entranced by “Tilted,” with its serpentine groove and earworm chorus, where even the English version breaks into a French rap.

Here’s a vision for the reign of Christ, in which the one on the cross is king: A multilingual banger of a song in which everything is tilted. (MK)

One of the most fortuitous moments in the life of our podcast was when we found ourselves at one of the most important shows in recent American musical history: Beyoncé’s live performance of Homecoming at Coachella 2018. The show took off early with “Freedom.” The chorus hits at the heart of the paradox proclaimed on Christ the King Sunday: “Freedom, freedom, I can’t move.”

Speaking of knowing how the story ends, the set moved from “Freedom” into several stanzas of “Lift Every Voice and Sing” and, finally, into “Formation,” an anthem of female empowerment. The freedom that comes from being affixed to the cross is the freedom that will move us to—in the words of “Formation”—slay. (ZP)

The song that changed my life. All I remember thinking when I first heard it is, “I didn’t know you could do that.” You can believe but still be searching? Later, I discovered biblical writers and theologians who articulated this theme better (or worse); it’s an ancient strand of the Christian tradition. But for me, this was the sonic boom that first kicked open the door to a whole new realm of possibility for what a life of faith could look like.

And isn’t that a meaningful way to think about this last Sunday of the church year? It’s a day when we look to paradise, lift it up and declare our faith in it, even as we know we’re not there yet. (MK)

When I was in sixth grade, I found nothing as terrifying as a middle school dance. The mixture of hormones, clearly defined social classes and human bodies always pinned me to the gym walls. Until this song played at the end of the summer camp dance, that is. When it came on, all the dancers began to run around the gym in a circle.

With the belief in the supreme importance of a dance in a dank gymnasium that only an adolescent can harbor, I knew—we knew—that we had found new life in the very place where we had been so certain of death just a few minutes earlier. What better song is there, as the church proclaims the life of the king who takes his throne on the seat of death? (ZP)

Zach Parris
Zach Parris is pastor of Lutheran Campus Ministry at the University of Colorado Boulder.