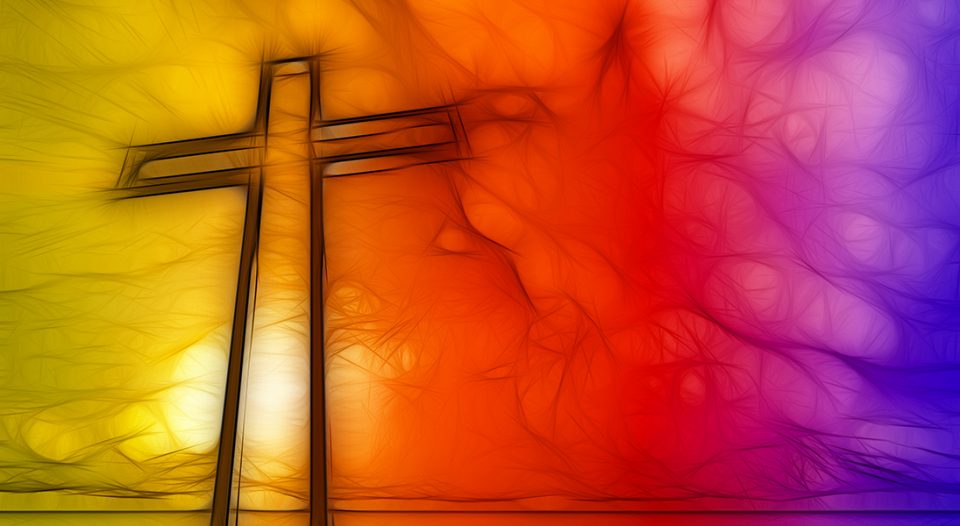 While talking with some Christian friends a few months ago, the subject of what happens when we die came up. One believed that our soul merges with God when we die, similar to what I understand moksha to mean in Hinduism. Another held the belief that our souls depart our bodies forever and go to be with God. Still another said he was holding out hope for the resurrection because of the traumatic physical deaths of his loved ones. He wanted to join his loved ones in whole and healed bodies to praise the God who makes all things new. We parted amicably and our beliefs weren’t changed, but I was freshly aware of why the traditional Christian hope in resurrection matters.

The author of 2 Thessalonians reminded readers that they were the first fruits of salvation, by the sanctification of the Spirit and belief in the truth (2:13). This is why the author preached the gospel among the Thessalonians in the first place—so they might “obtain the glory of the Lord, Jesus Christ” (2:14). But if the Thessalonian Christians were already the first fruits of salvation, having been sanctified by the Spirit, and they already believed in the gospel truth, what were they still lacking? And what is the glory of Jesus?

The glory of Jesus that they had hoped to obtain is the resurrection from the dead. Resurrection isn’t merely being brought back to life only to die again eventually (resuscitation), like those raised to life in the Gospels, but the soul living in an incorruptible body that won’t die. The author charges the Thessalonians to hold on to the traditions they were given (2:15) and not to waiver in the face of what would become an onslaught of gnostic rejections of resurrection over the next centuries.

Just as his body was destroyed, and three days later, he rose again, so will our resurrected bodies’ latter splendor put to shame the splendor of our current bodies. When the Spirit is among us, we shall be rebuilt into new, glorified bodies.

Jesus himself argued forcefully for the general resurrection of all people, not just for his own. The priestly class in Jerusalem rejected the idea of the resurrection and tried to trap Jesus. They used the law of Levirate marriage (Deuteronomy 25:5-10)—a man must marry his brother’s widow if she has no sons in order to provide her an heir—to mock the idea of the resurrection. If a woman was married to seven brothers in this life because she couldn’t conceive a child with any of them, in the resurrection (in which the Sadducees didn’t believe) whose wife would she be (Luke 20:33)?

The question is ingenious, really, because it doesn’t confront the idea of the resurrection head on but delves directly to complicated details of what resurrection life may be like. But if their question was clever, Jesus’ answer was brilliant. Knowing that the Sadducees only held the five books of Moses to be authoritative Scripture, Jesus reminds them of God’s self-introduction in Exodus: “I am the God of Abraham, Isaac and Jacob” (Exodus 3:6). He argues that God is not the God of the dead, but of the living, and that, to God, even those who await the resurrection are regarded as alive (Luke 20:38).

But Exodus 3 isn’t the only section of the Hebrew Bible that points to resurrection. In addition to passages from Daniel 12, Ezekiel 37, Job 19 and Hosea 13, this week’s lectionary reading from Haggai also alludes to God’s resurrection of the dead. The returnees to Jerusalem after the Babylonian exile weren’t impressed with the state of the rebuilt temple. It was small and modest, without foreign grandeur. God spoke through the prophet, acknowledging that, yes, the temple was smaller and less grand, but the Spirit was among the people and, after a little while, the latter splendor of the house would surpass that of the former house.

We know that eventually the temple was remodeled a few times, such that by the time of Jesus it was once again an incredible sight to behold and people—not just Jews—came from across the world to behold it. And yet, Jesus helps us understand that the words about latter glory surpassing former glory weren’t just about a building.

Jesus looked at the temple and, when people remarked at its beauty, said, “Destroy this temple, and I will rebuild it in three days” (John 2:19, Mark 14:58, Matthew 26:61). Jesus didn’t rebuild the physical temple, but he showed that transformation of the temple can be understood as an allegory to the resurrection. Just as his body was destroyed, and three days later, he rose again, so will our resurrected bodies’ latter splendor put to shame the splendor of our current bodies. When the Spirit is among us, we shall be rebuilt into new, glorified bodies.

We confess in the creeds that we believe in the resurrection of the dead. This is a core element of our shared faith, and the Bible is shot through with passages supporting this belief. Jesus is our savior in this world, and in the world to come, to be sure. I join with my friend above in hoping to embrace my physically resurrected loved ones as we worship God in bodies that will never again die.