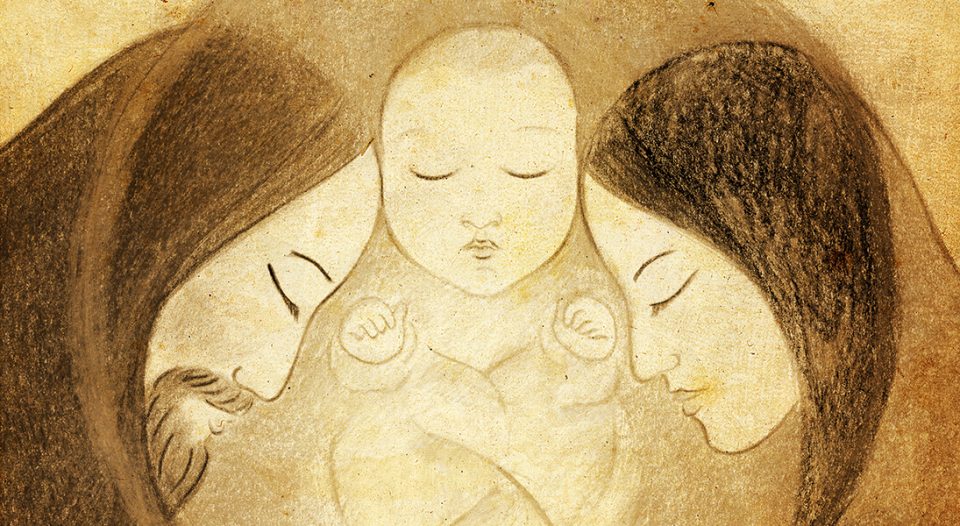 Do you ever feel pressure to conform to appearances during the holidays? Just as I don’t always feel joyful during the pressures of traveling and gift-buying that lead up to Christmas, I don’t always feel properly repentant and introspective during the Lenten run up to Easter. We can’t control how we feel—only what we do with it. The psalmist who composed this week’s reading unabashedly shouted out to God how he was feeling, and called for God to bring some good news.

This week’s psalm is described as “of Asaph.” There was a prominent Levite named Asaph in the time of David who led Israelite worship and singing (1 Chronicles 6:39, 15:17, 15:19; 16:4-7; 2 Chronicles 29:30). He was such an important leader of musical tradition and worship that later temple singers, even after the exile, were simply known as “sons of Asaph” (Ezra 2:41, Nehemiah 7:44). The matter is far from unanimous among biblical scholars, but I argue that when we read “of Asaph” in this psalm, it is not to be regarded as actually written by Asaph, but as emerging hundreds of years later from the worship tradition that he began (“Asaph and the Psalm” by Aubrey Buster).

The focus of Psalm 80 on the destruction of Israel as “Joseph” (80:1) and the particular concern for the Josephite tribes of Ephraim and Manasseh (80:2) probably indicates a context of sometime near the fall of the northern kingdom of Israel to the Assyrians around 722 BCE. In this context, the psalmists’ anguished cries for God to “Come and save us!” (80:2) ring especially clear. In a time of national distress; when enemies circle and gloat (80:6), the people are so distraught that they consume their own tears (80:5), and it seems like God is angry with the prayers of the people (80:4). The psalmist won’t be consoled by trite phrases or kind words, but repeatedly urges God to restore God’s people (80:2, 7, 19). Everything is falling apart, and the psalmist doesn’t care who is shocked or scandalized by his call for God to “Please! Help! Restore! Now!”

Jesus’ birth to Mary and Joseph testifies that God is with us and will continue to be with us always.

At roughly the same time that the psalmist was crying out concerning Israel, the prophet Isaiah was seeking to reassure Ahaz that God was with the people in the southern kingdom of Judah. The kingdoms of Israel and Aram had been besieging Judah, and the situation looked increasing precarious (Isaiah 7:1-9). Isaiah told King Ahaz that God would give a sign that the Judeans would not be abandoned. A young woman (possibly the king’s wife, Abijah, or Isaiah’s unnamed wife) would have a child, and before the child reached maturity, Israel and Aram would be overrun by the king of Assyria (7:13-17). The bad news that the psalmist feared was actually good news for the residents of Judah. The nations that persecuted Judah would be defeated, in turn.

But where is the good news for the psalmist? God had a penchant for speaking to/through Isaiah with the names of children. Isaiah’s first son was named “A remnant shall return” (Isaiah 7:3). Even when the situation was horrible, when the country had been defeated and the people taken into exile by their enemies, God planned for a future hope and a remnant returning. Amid calamity and trial—the likes of which few of us born in the U.S. can imagine—God tells the prophet to name another child “God is with us” (7:14). The “is” in that name matters. The child born in the reign of Ahaz was not the messiah or “God with us.” But his growing up proclaimed the timeless truth that God is with us, always, even through trials, suffering and tragedy. When Asaph’s descendant cried out to God to restore the people, I have to believe that God was already present among the Israelites, calling them back into relational fullness with the one, true God.

How much more, hundreds of years later, was God already present at the incarnation of Jesus, the Messiah? Jesus’ birth to Mary and Joseph testifies that God is with us and will continue to be with us always. Not only in times of international conflict, such as faced by the psalmist, Ahaz, Mary and Joseph, but also in times of private, personal sadness, grief and disappointment that are more familiar to many of us. A faithful and godly response to confusion and fear—during any season—is to cry out to God to come restore us. The good news that we cry out for is that God is always pleased to restore us and be with us.

Joy to the world