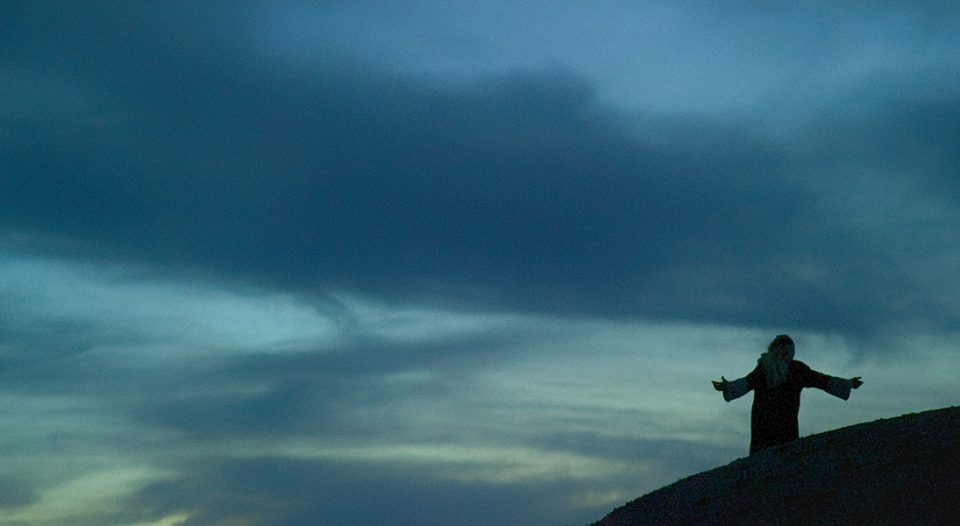 I really appreciate the groupings of Scripture during Lent in the Year A lectionary. The messages of the combined readings feel particularly Lutheran, in that all the texts argue that 1) it is God, not the results of human efforts, who grants us grace and pardon and 2) as a responsibility of God’s gracious adoption of us as dearly beloved children, we have work to do in the world.

The truth that we can never earn God’s freely given love, and yet we are entrusted with proclaiming and living out the reconciling gospel of Jesus for all of creation, should guide our Lenten practices. As we enter this penitential and reflective season, we need to remember that the first and most important work is God’s, and that we only respond to God’s love and grace. The readings for this week paint a vivid picture of how God frees us from sin and death by overcoming the power of temptation.

For most readers, the story of the temptation in the garden is familiar. Adam was warned about the consequence of eating the fruit of the tree of the knowledge of good and evil—he would surely die on the day that he ate it (Genesis 2:17). But the serpent told Eve she wouldn’t die if she ate the fruit. Instead, she would have her eyes opened, be like God, and know both good and evil (Genesis 3:5-6). This is how temptation works: it must be at least partially realizable and partly true to be tempting.

Something was fractured on that day when Adam and Eve ate the forbidden fruit, and there was a kind of death. Yet, they lived on for years as well. And, certainly, they did come to know both good and evil. Temptation doesn’t need to be a lie to be evil, but it is always a rebellion against God. The humans succumbed to temptation in the garden, providing precedent for all their descendants succumbing to temptation, save one.

Jesus, as fully human, experienced every temptation that we face. For Jesus, incarnated human life was not a spiritual walk in the park—we know that he suffered when he was tempted.

The psalmist, no stranger to the power of temptation to lead to sin and death, suggests that humans should do what they can to be reconciled to God. He notes that happy are those whose transgression is forgiven, whose sin is covered and in whom the Lord imputes no iniquity (Psalm 32:1-2). But how is sin covered and forgiven? Through confession to a forgiving God:

Then I acknowledged my sin to you,
and I did not hide my iniquity;
I said, “I will confess my transgressions to the Lord,”
and you forgave the guilt of my sin (Psalm 32:5).

The alternative to confessing sins to God is stubborn foolishness. The psalmist compares such a person to a mule who must be led by bit and bridle or it will run away (Psalm 32:9). But even frequent, intentional confession and repentance are a temporary fix until the next sin is committed. God had to step in and break the power of sin over us to condemn. To do so, God caused the advent of Jesus.

Jesus, as fully human, experienced every temptation that we face. For Jesus, incarnated human life was not a spiritual walk in the park—we know that he suffered when he was tempted (Hebrews 2:18). When Jesus fasted for 40 days, he was well and truly famished, and the bread that Satan tempted him to create sounded especially tempting (Matthew 4:2-3). Likewise, demonstrating clearly for all those in the temple that Jesus is the Son of God and, even more so, bloodlessly winning all the kingdoms of the world to himself, were profoundly tempting to Jesus. If Jesus wasn’t tempted, how could he have gained victory over sin? Yet, using Scripture (Deuteronomy!), Jesus undermined the power of temptation that had led to sin ever since the garden and the forbidden fruit.

Paul argued that Jesus choosing to live a sinless life, not without temptation but in spite of it, freed us all from the powers of sin and death. Sin and death entered the world through the first Adam (Romans 5:12). Jesus, as a second prototypical human (“adam” means “human,” after all) takes away the curses of sin and death by refusing temptation (Romans 5:18). Through no action of our own, but only by Jesus’ righteous life of obedience, we are freed from bondage to sin and death.

As we begin our Lenten journeys, let us remember that it is God, through Jesus, who moves first toward us, saving us and reconciling us to Godself. Only as a response do we joyfully undertake Jesus’ light and easy yoke (Matthew 11:30) of loving God, our neighbors and all of creation.

The grace of adoption