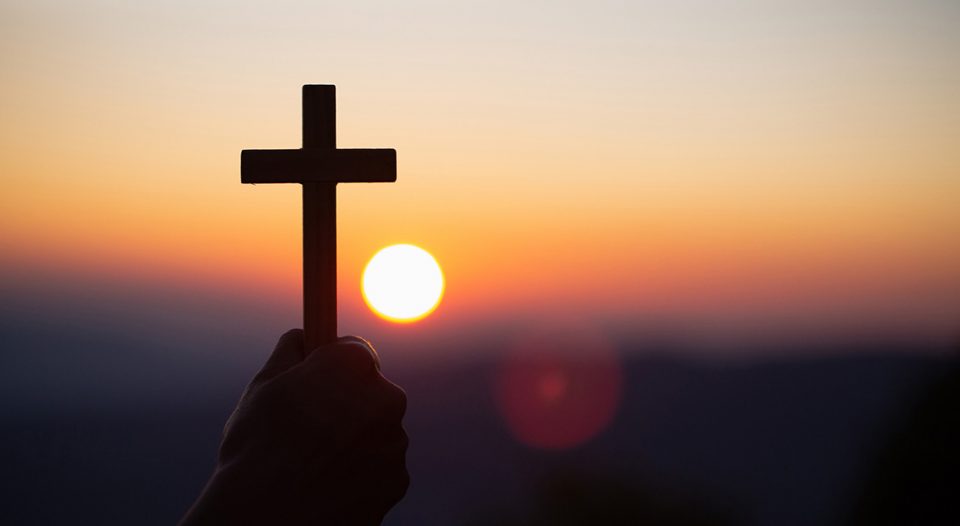 As part of their studies, I urge my students to read Hebrew Bible prophesy in context. As an example, I remind them frequently that, in Isaiah 7:14, the name Immanuel is a sentence that proclaims: “God is with us.” Of course, considering the way the verse is applied to Jesus in Matthew 1:23, we believe that Jesus is God with us in a way that the child discussed by Isaiah and Ahaz was not. But the initial good news of Isaiah’s prophesy is that God is and will be with humans, even during all the time that Jesus is not bodily present on earth. God’s intimacy with humans is a theme that leaps off every page of Scripture, if we only have eyes to see it.

During the wilderness wanderings, the people quarreled with Moses. Their quarrel went well beyond asking for water in a thirsty place—they ended up asking: “Is God with us or not?” (Exodus 17:7). The question must have been heartbreaking for God to hear. Having taken note of the Israelites, God redeemed them from their enslavement with a mighty hand and an outstretched arm. God had a daily presence with the Israelites—in a pillar of cloud by day and fire by night. Yet, in the midst of their frustration because of their thirst, they questioned whether God was with them.

God’s response was to provide water, but also to double down on that visible presence among the Israelites. God told Moses to take some of the elders and go strike the rock, on which they saw God standing in front of them (Exodus 17:6). God would appear to the leaders of Israel (Exodus 24:9-10), and even to all the Israelites (24:17), repeatedly in order to confirm that God was with them. Years later, through the psalmist, God would remember the hurt and frustration God felt at Massah and Meribah by marveling that the Israelites put God to the test even though they had seen God’s work (Psalm 95:9). How could they question God’s presence among them while God was working? How can we do the same when God still works?

God proves his love for us by sending Jesus to save us while we were still sinners (Romans 5:8).

Jesus’ conversation and interaction with the Samaritan woman at the well is a popular and well-known story. Yet, the enormity of Jesus’ presence among this despised people is frequently glossed over. The woman understood how transgressive Jesus’ intimacy was. She asked, “How can you, a [male] Jew ask me, a Samaritan woman, for a drink?” (John 4:9). Lest we think it was just her who was surprised at Jesus’ intimacy, when his disciples returned, they were shocked as well: “Just then his disciples came. They were astonished that he was speaking with a [Samaritan] woman …” (4:27).

Yet, Jesus isn’t content to undermine gender expectation. The Samaritans who come to believe that Jesus is the messiah asked him to stay with them. In their Samaritan town. As a Jew. On his way up to Jerusalem (John 5:1). He agreed and stayed with them two nights, eating their Samaritan food, drinking water from their disputed well and sleeping in their Samaritan beds (John 4:40). Jesus’ intimate presence among the Samaritans is meant to shock the readers of the gospel and confirm that God is present even among the most viscerally despised other. We skip over that radical goodness and relational presence to our detriment.

In Romans, Paul explains how drastic God’s desire to live among us really is. God proves his love for us by sending Jesus to save us while we were still sinners (Romans 5:8). God saves us from wrath (the ancient texts don’t say that this is God’s wrath, by the way) when we need it most and are the least worthy. God desires reconciliation and will do anything to rescue us from our enslavement to sin and death. Paul says we can even boast in this reconciliation by a God who is crazy-in-love with us (5:11).

So, this Sunday, as you hear the words of God proclaimed, let the texts speak to you of God’s powerful and intimate presence with you. Even at our worst, lowest, most embarrassing and shameful, God is present, God loves us, and God is willing to sacrifice to save us and reconcile us to Godself. That is very good news!

Lectionary blog: The good news of the kingdom