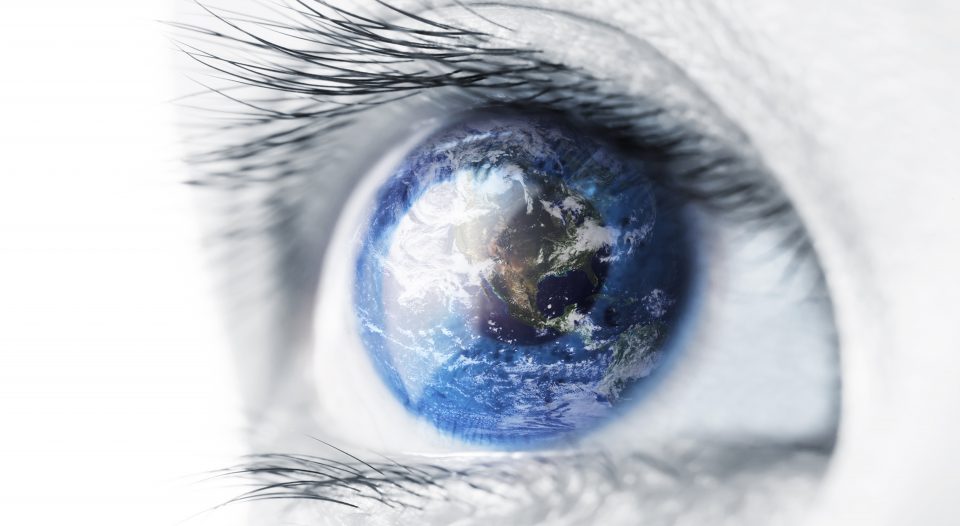 I believe the sine qua non of the Spirit working in the life of a Christian and a Christian community is the convicting that God perceives the world differently than humans do. Paul wrote that God chose the weak things of the world to shame the strong, the foolish things to shame the wise and the lowly, despised things to shame the things that are established (1 Corinthians 1:27-28). The good news is that God grants sight and vision so we can start to perceive the world as God does. That is the work of God’s Spirit: helping us to see creation, events and our neighbors as God sees them. This week’s lectionary has several stories of God helping humans to see.

The story of David being anointed as king over Israel shows how Samuel gradually saw kingship, and indeed, humans, as God does. Samuel was in mourning over Saul’s flagrant disobedience and God’s rejection of this king (1 Samuel 16:1). God called on Samuel to go to Bethlehem to anoint a new king but didn’t tell him which of Jesse’s children had been chosen. When Samuel arrived and saw Eliab, who was apparently quite tall and impressive physically, he thought, “This must be the new king” (16:6-7). After all, what had stood out about King Saul was not his character, but that he was a really tall, physically impressive person, taller than everyone else in the nation (1 Samuel 9:2). Essentially, Saul was the Israelite Goliath—a tall warrior/leader.

So Samuel could be forgiven for seeing tall and strong Eliab and thinking that he was going to be the next king. But God told Samuel that God doesn’t see as do mortals, who look at outside appearances. Instead, God looks at the heart of a person (1 Samuel 16:7). Indeed, when David was finally brought to see Samuel, he was young and quite pretty, which wasn’t a positive evaluation of a person intended to be a military leader. Nevertheless, after Samuel anointed David, the Spirit of the Lord came upon the new king mightily from that day on (16:13).

The good news is that God grants sight and vision so we can start to perceive the world as God does. That is the work of God’s Spirit: helping us to see creation, events and our neighbors as God sees them.

Hundreds of years later, Jesus performed a miracle of giving sight to a blind man. He restored the man’s eyes by making mud on the Sabbath, an intentionally provocative act (John 9:6). This miracle happens at the very beginning of this story, but there is an ongoing theme of blindness to seeing Jesus as he is that persists throughout this passage. Jesus challenged his interlocutors to see him as the messiah, who is able to give sight to the blind.

Giving sight to the blind, even more than raising someone from the dead (like Elijah and Elisha), was an indisputable sign of the messiah (John 9:33 and 11:37). Several Pharisees understood this sign as it was intended and confessed Jesus as the promised messiah, while others did not (9:16). Yet, the giving of sight to a blind man wasn’t an easy sign to dismiss. Some Pharisees, particularly, had a difficult time reconciling this amazing sign of God’s power with what they understood as an intentional undertaking of prohibited Sabbath work. They interviewed the people involved repeatedly to understand how a man could both perform the messianic sign of giving sight to the blind and, apparently, break the Sabbath.

Jesus seems to have preferred to be intentionally confounding, saying that he both came to give sight to the blind and to bring blindness to those who see (9:39). Even the Pharisees who were with him (9:40) wondered what Jesus meant by this. Jesus closed this story by saying that those who cannot see do not sin, but those who claim to see, sin. This isn’t a pointed indictment of the Pharisees, as much as a clear reference to the position of all humanity after the consuming of the fruit of the tree of knowledge of good and evil. Before Adam and Eve ate of the tree, there was no sin. But after their eyes were opened, they knew sin. Jesus called those with him, and us, to refuse blindness to our own sin, and to turn to him, the only one who can free us from sin.

In Ephesians, Paul assumes that the people reading his letter have begun to see as God sees. If they can now see clearly, they should do works that are good, right and true (Ephesians 5:9). More than that, they and we are to work to expose everything that goes on in secret and is hidden to the light so that it becomes visible (5:13). We are called to see the world and each other as God sees, and to help others to see as well.