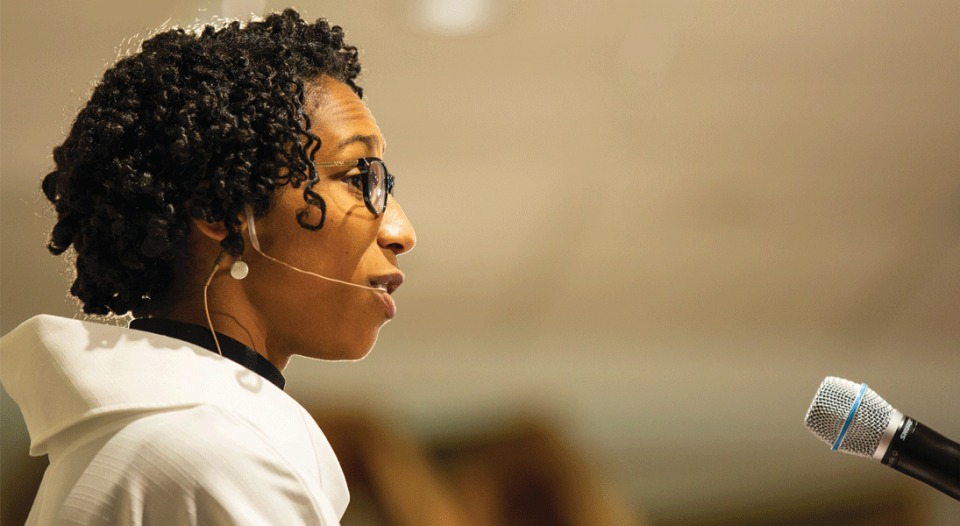 Series editor’s note: Throughout 2020, “Deeper understandings” will engage the ELCA’s commitment to authentic diversity. Surekha Nelavala will continue on this theme in the next issue. —Kathryn A. Kleinhans, dean of Trinity Lutheran Seminary at Capital University, Columbus, Ohio.

The term “social location” may be new to some readers. I think of it as where I’m coming from—not just geographically but with an eye toward the cultures and social interactions that have shaped me.

As an officially middle-aged African American Lutheran woman, I presume that my social location may be different from that of most Lutherans, and that many white people may not understand statements about race that are obvious to me because of my lived experience.

I was born and raised in the Midwest, but my family is originally from rural Louisiana. This combination of geographies has exposed me to a dizzying spectrum of racial behavior. I spent a lot of my life adhering to the integrationist and assimilationist view of race: that the closer to white I could become, the better I would be as a person.

I attended majority-white grade and middle schools. My high school was not majority-white, but it was in an affluent white neighborhood and had the highest white population (40%) of the public schools in what was then known as the Kansas City, Missouri School District.

I grew up less than 4 miles from Country Club Plaza, a shopping and residential district designed to be whites-only and funded by banks known for redlining (a discriminatory lending practice). My hometown has only begun to talk about this history in the past 15 to 20 years. I can say from my experience and observation that economic disadvantages and educational neglect have been regular factors of life for African Americans of a certain age.

The problem of assimilation is something I have had to reexamine as an adult in a majority-white denomination. Too often, raising the issue of race results in what has been called “white fragility.”

White fragility decenters our discussion of racism, shifting our focus from its structural realities and painful impact on people of color to white people’s fear of being perceived as racist. Listening deeply to the experiences of people from different social locations can be a powerful exercise in correcting this tendency.

A particular experience centered on race sticks with me. Once, when I led a daily worship service, we happened to have visitors from a Lutheran church in the northern United States.

During the coffee hour after worship, I was sitting with some friends when one of the visitors, a white woman in her late 60s, came up and thanked me for leading worship. Because I spoke flawless, unaccented English, she asked me where I was from. It took me a few seconds to understand the assumptions behind her question.

To this day, I’m glad my friends were able to witness that exchange.

I’m unwilling to excuse people for living in a bubble regarding segregation and repression. I’m unwilling to accept or normalize that I was the first African American Lutheran this woman, in her 60 years, had ever encountered leading worship.

Of course, we as a church could continue to view such situations as individual incidents with no bearing on us. But what might change for us as the body of Christ if we considered that I might not be the only person experiencing something like that in a Lutheran church? What might change if we considered that this woman, this particular child of God, wasn’t the only person who might ask such a question without considering the underlying racist assumptions?

I continue to believe that we are freed in Christ to consider these hard questions, first in the silence of our hearts and then in community: over coffee, in a prayer circle or Bible study, and with friends of all races.

Race—its social and historical constructions, how we relate to each other because of it, how it has affected and continues to manifest in religion—is a focus of my doctoral studies, which began when I earned my Master of Divinity degree in 2018. In my master’s thesis, I wrote:

Even though the ELCA clearly rejects racism, the ELCA has not escaped its effects. Early U.S. Lutheran history, often mirroring the separate and unequal past of early U.S. history, has rarely been examined in community. Illuminating and interpreting our history will richly supplement the ELCA’s conversations, policies, and efforts addressing racial equity.

There is a lot of work to do! But we can rejoice in the fact that we have so many ways forward. Each of us can start where we are—at our social location—and listen to understand in the name of Christ.


Denise Rector is a doctoral candidate studying race, history and ethics at the Lutheran School of Theology at Chicago.