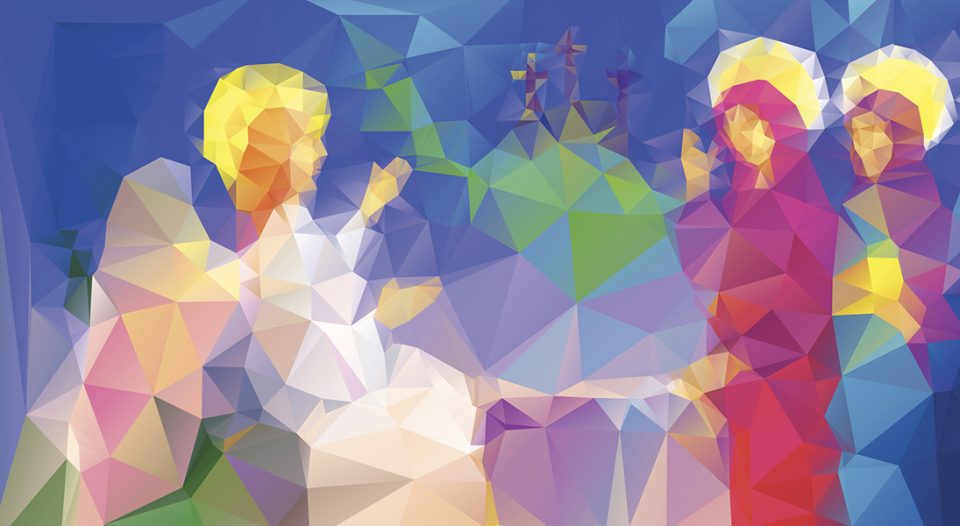 I love Resurrection Day in the church! Celebrating the good news that sin and death do not have the last word and that God overcomes all is powerful. It’s powerful, in part, because we assemble as communities who celebrate together. Even in this time of the coronavirus, we are finding ways to gather for worship together across the physical distances that separate us. Most importantly, we know that when we gather in family units, or are even by ourselves, God’s presence is never “virtual,” but constant and abiding. Together, we look forward to Jesus’ victory expanding to the cosmos, as the earth and all who have died are resurrected into a new creation.

I’ve celebrated Resurrection Day by myself, being the only Christian around for hundreds of miles, and I’ve celebrated with church communities both large and small. There is something profoundly powerful in assembling as the body of Christ—in person or online—to celebrate Jesus’ resurrection. Jesus, too, felt the power and importance of gathering with friends and family on that first Resurrection Day.

The resurrection account from Matthew almost leaves Jesus out of the story. It’s narrated to center on the experience of humans around the tomb. Mary Magdalene and another Mary went to Jesus’ tomb. Since soldiers were guarding Jesus’ body, and since they had applied a seal to the large stone blocking the entrance to the tomb (Matthew 27:65-66), the women would not have been granted access to finish the funerary treatments of Jesus’ body. But an angel appeared, causing an earthquake and the stone to break its seal and roll away from the tomb’s entrance.

The women and guards beheld the same scene. The guards convulsed and fainted, but the women were invited into the tomb to see that Jesus was truly not there (28:4-6). Then the angel instructed the women to go and tell the disciples that Jesus had been raised. Eventually Jesus would meet them in their former base of operation around Galilee. The women, who were the first witnesses to death not being able to contain Jesus, went to tell the rest of his followers the good news.

“But the angel said to the women, ‘Do not be afraid; I know that you are looking for Jesus who was crucified. He is not here; for he has been raised, as he said'” (Matthew 28:5-6).

At this point, no one had yet beheld the risen Lord. An angel had spoken to the women, who were to tell the disciples and the rest of the followers. But we have not heard from Jesus yet! Indeed, Jesus’ followers were instructed to travel some 60 miles before they would have a chance to see him. But Jesus just couldn’t wait to speak with his friends and disciples!

While the women were joyfully going on their way to obey the angel’s instructions, Jesus appeared to them. In the Gospel of Matthew, the women, upon seeing Jesus, immediately recognized him, grabbed his feet and worshiped him. There’s no mention of Jesus saying, “Do not hold me,” like that recorded in the Gospel of John. Instead, Matthew only records that Jesus’ female friends and followers were allowed to embrace his resurrected body immediately. Jesus could have simply appeared to the disciples many days (or weeks) later in Galilee. But Jesus, the freshly resurrected Jesus, chose to appear to a couple of faithful women, to be embraced and celebrate what God had done.

As so many of us are separated from our church buildings and our friends in Christ, I take great solace that Jesus takes the onus to show up first. He does not wait until everyone is gathered together, but Jesus appears to the women. The point I’m trying to make is that Jesus can’t help himself but show up when people are looking for him.

This week’s reading from Acts also points out how a resurrected Jesus was hungry for time with his friends and followers. Peter recalls how Jesus appeared to chosen witnesses, specifically to eat and drink with them after he was raised from the dead (Acts 10:41). It would have been enough for our faith for Jesus to be resurrected and merely wave “goodbye” as he ascended into heaven. But Jesus chose to appear to women, to the couple on their way to Emmaus, to the twelve, and to the large crowd of disciples. Jesus loved being around people both before and after his death. In his preaching, Peter remembered how Jesus “went around doing good and healing all who were under the power of the devil” (10:38). Jesus purposefully mingled with people during his life, and in his resurrected body he ate with his friends and let them touch him.

So as we celebrate Jesus’ resurrection, let us not give up on coming together (Hebrews 10:25). That looks different now than it did a couple months ago. Thank God for the technology that many of us have access to that connects us. Let us work and pray to include everyone in the ability to see one another’s faces and hear all our voices. Across the spaces that separate us, as we care for people by not assembling in person, let us nonetheless assemble technologically to rejoice at the resurrection of Jesus. Trans-spatial community is not virtual. When I bundle my sons down to our basement to see our pastor and our friends on livestreaming, make no mistake: we are assembling as the body of Christ.

Our risen savior simply could not wait to get together with his friends, to embrace, to eat and to celebrate what God had done for him, and for us all. Social distancing doesn’t change that good news in the least.