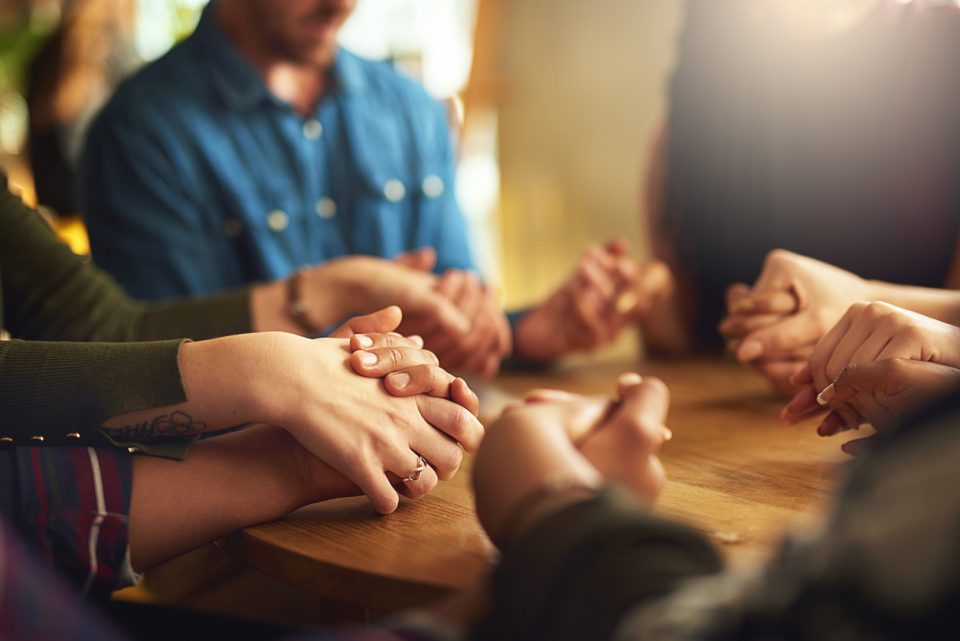 I had my first encounter with vulnerability as a college freshman. My dorm mate, Susan, had the uncanny ability to ask thoughtful, challenging, personal questions—the type no one had ever asked me. Who do you want to be? What’s hard in your life? How are you, really?

I had to think long and hard about her questions. When I built up the courage to answer, to let myself be seen, I could feel my legs tremble. That trembling, I would later realize, was the feeling of vulnerability. Twenty years later, Susan is still the friend I communicate with most frequently. Vulnerability forges authentic friendships.

But friendship is hard after the young-adult years. Work, family and busy schedules often mean that the ones with whom you spend the most time are mostly acquaintances. You see each other often, perhaps even socialize, but know virtually nothing beneath the surface.

That’s where I found myself a few years ago. It’s a lonely place to be, and I wondered if others felt the same. So, my spouse and I put out an invitation to friends from the two ELCA congregations with which I had connections as a campus pastor. Would any other young parents be interested in a small group around storytelling? Three other couples were interested.

We thought we knew these six friends. We socialized together and hosted baby showers for one another. Our kids played together often and easily. There was a warmth of friendship between us that I had mistaken for depth, but I would soon be surprised at how little I knew about these friends.

We used a story-sharing curriculum I worked with our synod to develop. It’s built on the premise that faith grows most easily in places where vulnerability and authenticity are welcomed first. We’d surmised that when church communities truly know and deeply trust each other, they’re less likely to argue about the pace of the organist or the “crumble factor” of the communion bread—things we often mistake for discipleship—and more likely to go on pilgrimage together, pray for one another, be transformed by Scripture together or share openly their struggles.

When we know each other authentically, not just as the “we” that we present to the world, then we know God differently, as the one who sees us and loves us in the midst of our brokenness. Such knowing equips us to love one another in the same way. And when we are seen and loved for who we truly are, growth is inevitable.

The format we developed began with hearing the stories of our two pastors, followed by two participants each week for the following four weeks.

When we know each other authentically, not just as the “we” that we present to the world, then we know God differently.

There’s an expectation among pastors that we have to be pretty close to perfect, without any real struggles in our lives. I remain grateful for the risks our pastors took in sharing their actual stories with us, modeling for the group that this was a space for speaking honestly about all the good and hard things that shape us into who we are.

After they shared, I saw these pastors, who were already friends and colleagues, differently. They, like me, were works in progress, prone to mistakes, wanting to do better, believers in the redemptive nature of the gospel because they’d experienced it in their own lives.

Over the next four weeks, we turned our attention to one another. We heard about each other’s childhoods, the joys and the sorrows still felt; about work and discernment, the stress and the striving for meaning; about becoming parents and wondering if we were doing it right.

We heard stories, about hard diagnoses, unexpected deaths and pain, that had never been spoken. We laughed until our sides ached and dined together as we talked. Our backgrounds were different—politically, professionally, socially—yet doing these things together shaped us into a small community of people that belonged to one another.

We ended each week by praying together and learned that it’s a faith-forming activity to pray for one another specifically, not generally as we often do in church. In our group, the words felt sacred, as if our prayers were the very stitches God was using to knit us to one another.

My family and I moved away shortly after our story group ended. I wish our years in that community had started with a storytelling group instead of ending with it. How differently we would have faced those first years of marriage, the beginnings of our careers and those lonely early years of parenting if we’d been in the habit of sharing and praying with one another through the hard and the joyful times.

In my new community, after a lonely first few months, we started a similar storytelling group. This one is intergenerational, and hearing all the stories will take longer, but the hours spent listening and sharing are among the most valuable I have had here. The loneliness has transformed into curiosity about others, deeper listening, unexpected friendships, and a sense of God’s love and healing in our sharing.

How easily we can go through life without truly knowing others or letting ourselves be known by them, even and especially in our faith communities. How genuinely faith might grow if we asked each other the deep questions, made space for hard and authentic stories, and learned to let our legs tremble as we made it a regular practice to share from the heart. Knit together through stories, how powerful we might be as disciples for the sake of the world.

Mindy Roll
Pastor Mindy Roll has served in Lutheran campus ministry in Texas and is currently living at Holden Village in Washington state with her family.