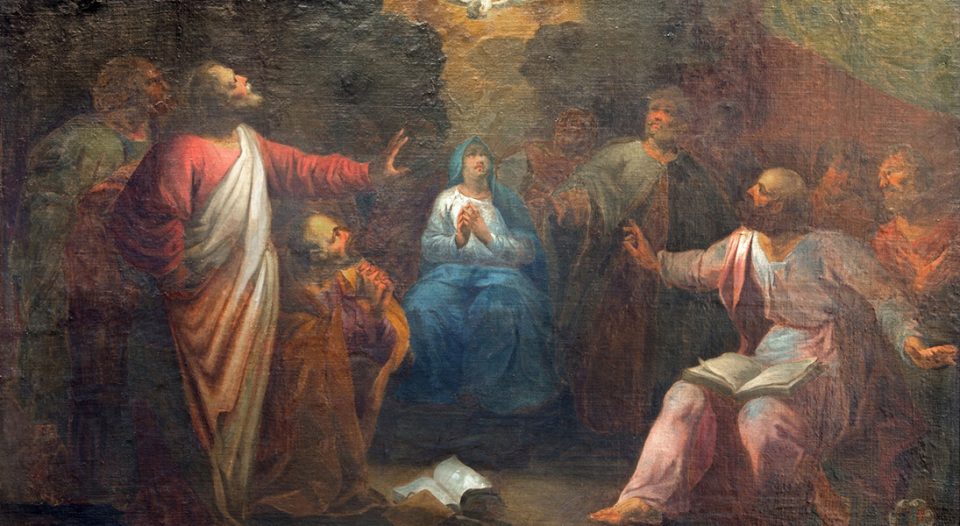 Pentecost is my second favorite holiday. I think it often gets lost between Easter and the long time before Christmas, but it’s such a wonderful and important time in the church. I usually use this space to write about how important Pentecost, or Shavuot, is in Judaism and its roots in Mosaic Law. But this year, I want to talk about how important that first Christian Pentecost was and continues to be for us (and we have to note that the Jerusalem Pentecost in Acts was the first Christian Pentecost because the first Pentecost described in the Bible happened hundreds of years earlier: see Exodus 34:22, Numbers 28:26).

Right away we are told that the first Pentecost after Jesus ascended to the heavens was about breaking down borders. Devout Jews from all over the world came to Jerusalem for that traditional pilgrimage festival (Acts 1:5). One of my young son’s Bible videos says: “Jews came from all over the Roman Empire to Jerusalem.”

But that doesn’t tell the whole truth. The first places named were Parthia, Media and Elam, which were all locked in conflict with the Roman Empire. Other areas in Southwest Asia, Asia Minor and Northeast Africa fell under Roman rule. At least some of the Arab Jews present probably acted as go-betweens for the two great empires of the day, Rome and Parthia. So Jews coming together in Jerusalem in the first place was a witness against the boundaries of empires. Jews crossed frontiers and battle lines to make their way to celebrate how God had provided for them in the various lands in which they had settled.

At Pentecost, Jews from different nations could understand each other suddenly, and they spoke about God’s works of power.

But having arrived in Jerusalem, the Jews from all over were still divided. They didn’t understand each other’s languages. Some had probably intermarried in the lands where they lived, and foreign converts to Judaism were welcomed and sought after (Acts 2:10, Matthew 23:15). So the Jews who had come to celebrate the festival looked and sounded different from one another that day. But then, all of a sudden, they heard men and women (remember, the gatherings in the upper room were mixed-gender, see Acts 1:14) telling about God in all the languages of those assembled (Acts 2:11). On this day, the Spirit’s first work was to undo the power of nationality and empire to divide people. Instead of talking about the mighty deeds of Rome or Parthia, the people spoke and heard one message about God’s mighty deeds.

Viewed this way, the first Christian Pentecost was kind of an undoing of the Babel curse. At the tower of Babel, humans sought to build a monument to their own power and suddenly couldn’t understand each other. At Pentecost, Jews from different nations could understand each other suddenly, and they spoke about God’s works of power.

Peter understood not only that the Spirit was at work but recalled from of old what God’s Spirit was doing. The Spirit works to break down barriers to participation in proclaiming God. Peter recalled the prophet Joel saying that men and women would both prophesy. Young and old alike would receive mystical sight of God’s work (Acts 2:17). Even those who had been sold into (temporary) slavery because of debts would speak on God’s behalf (Acts 2:18). Not gender, not age and not socioeconomic or legal status would prevent God from ministering through people.

The Spirit works through the whole people of God, and no one is to be privileged above any other. That is the good news of the first Christian Pentecost. We need to be honest with the text, however, and note that all those who participated in this Pentecost were Jews. The even better news is that the Spirit doesn’t stop working after Pentecost. Soon, mixed-race peoples (Acts 8:14-17), those with shared ancestry who had modified sex-organs (Acts 8:26-39) and, finally, even gentiles (Acts 10:44-48) received the Spirit.

I love Pentecost, and the book of Acts generally, because it tells the story of a God who will not be stopped in bringing people together to receive the power and love of the Spirit.