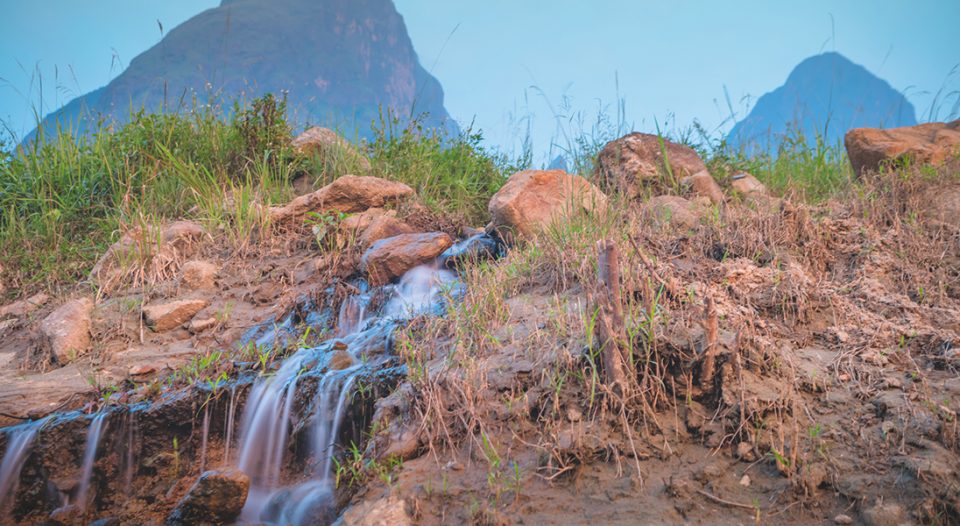 I believe that God has a mission for us all. God wants us to move forward, to announce and then practice the advent of God’s kingdom. We pray: “Let your will be done, on earth as it is in heaven ….” I think God wants us to obey Jesus and follow in the footsteps of the early church. They proclaimed the good news, practiced radical and even dangerous hospitality, and stood in communal solidarity across racial and national boundaries. To depict God’s mission of moving us forward, the Bible frequently uses images of a river of God’s presence. A river isn’t static, but it carries everything in and on it to a new place.

There are two especially famous descriptions of the river of God. The first is from a vision in Ezekiel 47 in which a river began to flow from the temple. The river became deeper as it flowed, without additional tributaries, and had the power to bring fresh life wherever it went. Even the famously saline Dead Sea was turned fresh, and all manner of water creatures and plants were able to grow in the formerly hostile environment. The other famous image is from Revelation 22. The river of life flows from God’s own throne and waters the tree of life, accessible again for the first time since the expulsion from Eden. In both of these images, water is pictured flowing from God’s presence and bringing life wherever it goes. This week’s lectionary passages continue the theme.

In Isaiah 55, the word of the Lord is compared to rain and snow, which fall and don’t evaporate until they have watered the earth. After a long, dry summer in the mostly arid land of Israel, the rains from God are necessary for anything to grow, and for people and animals to have anything to eat. The seasonal rains usually fall around the pilgrimage festival of Sukkot. In ancient times, this was precisely when the priests poured out a water libation over the altar (M. Sukkah 5:5), and when Jesus proclaimed himself as the source of the river of living water (John 7:2, 37-38). God links the life-giving water to God’s life-giving word, which also doesn’t return without bringing forth a bounty of fresh growth and new life.

But we must remember that in terrace farming, soil wasn’t static but moved in response to the water provided by God.

This week’s psalm again conflates God’s presence with life-giving water. The psalmist proclaims that God visits the earth and waters it (Psalm 65:9). The river of God has specifically been prepared to provide people with sustenance. This wasn’t just a metaphor to ancient people who lived in a time when a drought could mean starvation (see the story of Joseph and his brothers). The rain that God sent was a matter of life and death. God wants the people to know that God’s presence, through God’s word, is equally a matter of life and death.

This brings us to the beloved, but dangerously familiar, tale of the sower. As I wrote in previous blogs (find them here and here), the parable of the sower relies on knowledge of Judean and, especially, Galilean terrace farming techniques. Jesus’ teachings can lose their original meaning if we don’t remember that his words were deeply contextualized to be understood by his hearers.

Put simply, in the flatland farming that most of us imagine, you would never have good, rocky and weedy soil along a path so close together that a broadcasting farmer would sow seeds among all four kinds in a single throw. Jesus must have been referring to farming in small terraced plots on hillsides. Rocky, weedy and good soil would have all been within a couple meters of the path upon which the farmer trod. But we must remember that in terrace farming, soil wasn’t static but moved in response to the water provided by God.

As the rain falls on the hills, water washes the soil further and further down the terrace system, where the soil is deepest, and mostly free of rocks and weeds. Farmers would have recognized in Jesus’ parable that the condition of the soil had everything to do with how it responded to the living water falling upon it. Soil that refused to move with the water was stuck among the rocks or became trapped among the thorns and thistles that grew in less-tended areas along the terrace retaining walls. The moral of the parable is that we need to allow God’s living water to move us to someplace where we can bear the most good fruit for the kingdom.

I believe that God’s mission is to use the life-giving word to move us to attitudes and areas that force us to be productive in encouraging and supporting life for all our siblings—and indeed all of creation. How might God be calling you to a movement of heart or geography in order to love God and your neighbor?