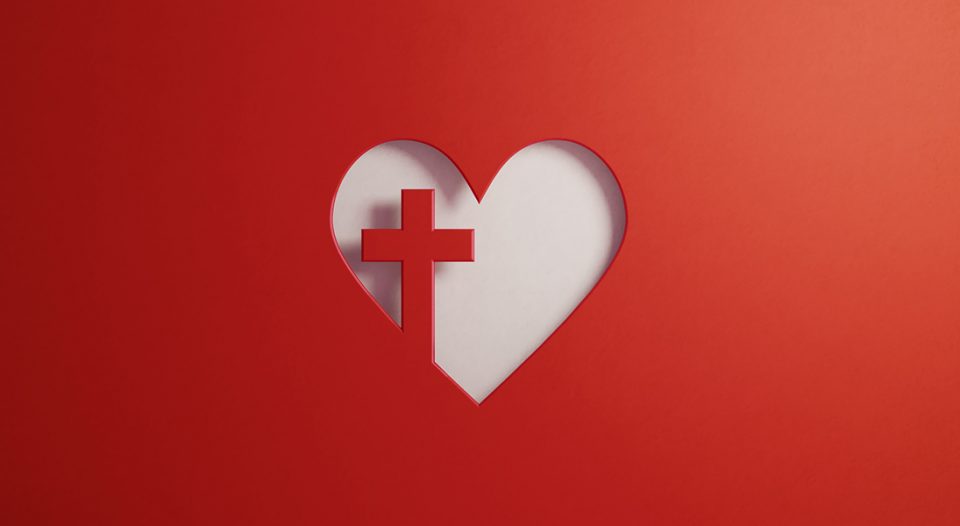 Do you ever have the feeling that something makes little sense but works out so well that it must be from God? As an example, after I finished university undergrad, absolutely none of my plans worked, so I joined the Peace Corps. The skills and languages I learned there have paved the way for the rest of my career. And then after I finished the Peace Corps, I foolishly moved to a town where I knew almost no one and had few prospects. But, while walking around in a lonely funk, I stumbled into an ELCA church (for the first time!). There I met my future sister-in-law, who would introduce me to my partner.

God used less than ideal situations, which I thought were going horribly, to bring tremendous blessing and to move my life forward. I think that is what is going on with Peter and Jesus this week in the Gospel of Matthew.

The context of the region of Caesarea Philippi, the site of a cultic shrine at one of the many “Gates of Hades” in the ancient world, is phenomenally important for understanding the exchange between Jesus and his chief disciple. Last week we talked about how, at Caesarea Philippi, people were engaged in physically degrading worship, begging their temporarily dead gods to return from the underworld to prolong their lives. Peter confessed that Jesus was the anointed one, the “Son of the Living God,” to remind himself, the other disciples and Jesus that the Jewish messiah had nothing to do with this counterfeit worship of dying Greco-Canaanite gods who needed to be awaken from their deathly slumber. In response, Jesus told Peter that his community would be advancing against the Gates of Hades to mount a raid into the lands of death to free people from the bonds of death.

The people worshiping at Paneas prayed only to be spared death for another year. Jesus promised to raise those who have already died! The disciples must have been thrilled with Jesus’ promise. But as we will see, Peter was disgusted by how Jesus would carry out that promise.

We must be willing to sacrifice personally in order to love God and love others.

Immediately after Jesus told his disciples that his community would be built on the rock above Caesarea Philippi and that they would successfully raid the Gates of Hades, he began telling them how he would go to Jerusalem, be killed and be raised on the third day. Peter, standing close to where people worshiped gods who temporarily sojourned into the lands of the dead, took Jesus aside and rebuked him. Of course, Peter loved Jesus and didn’t want him to die. But the private rebuking, I think, had everything to do with Peter being offended at how closely what Jesus was describing sounded like what the pagans were doing.

Jesus, of course, saw the greatest difference. He would raid sin and death to rescue humans—not make his followers beg for their lives from a god they could not be sure was alive or dead. Peter was truly thinking about human things—perverse worship of other gods—rather than what God was doing (Matthew 16:23).

To make his point, Jesus immediately contrasted the worship at Paneas with the kingdom of heaven in the hearing of his disciples (Matthew 16:24) and the crowd worshiping at Paneas (Mark 8:34). Jesus said that those who would follow him need to be willing to lose their lives—indeed, to take up their Roman crosses and assist in their own demise (24). Being occupied with preservation of one’s own way of life and comfort is antithetical to what Jesus proposes here. We must be willing to sacrifice personally in order to love God and love others.

Jesus went even further and laid down a stark challenge to those screaming and begging for their lives with faulty worship: some of those standing there (his disciples) wouldn’t taste death before they saw the Human One coming with the kingdom (Matthew 16:28). For people who were begging temporarily dead gods for a bit more life, Jesus’ words were especially good news.

In this scene, charged with anxiety about how to avoid death, Jesus says the people were after the wrong thing. Even if one gains the whole world, she is still going to die. However, instead of seeking after that which makes us feel safe, Jesus says we should follow him and be willing to live self-sacrificially. In giving up our lives to love God and love our neighbors, we find that Jesus has already saved us from death’s curse.