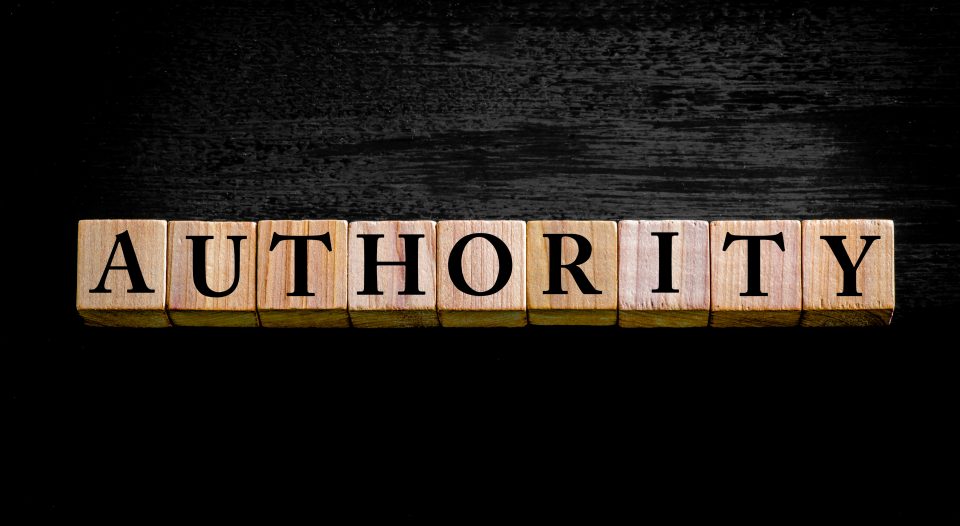 It can be no secret by now to anyone reading this column for more than a few weeks that I love how the Gospel of Matthew presents Jesus as a compassionate master teacher. He has been healing, feeding and exorcising, to be sure. But all of that has been secondary to him teaching about, and living out, the reality of the kingdom of heaven. Jesus has compared God’s kingdom to strange things: mustard, yeast, treasure, a merchant, a net, children and a landowner. Even more dramatically, he has and will continue to teach about who and how people will become citizens of the kingdom.

But where, when and how did this son of a carpenter from Galilee acquire the authority to speak about such things?

Just before this week’s Gospel reading, Jesus had arrived in Jerusalem for the final time in his earthly life. He was greeted triumphantly by huge crowds as he descended the Mount of Olives. He then chased out people buying and selling in the temple (Matthew doesn’t say they were dishonest in their trade). Then people who were blind and disabled came to him and were healed in the temple. Suddenly, assembled children spontaneously sang loud songs of praise to him. When the chief priests (Joseph ben Caiaphas and his father-in-law Annas) and their attendants heard the children’s songs, they challenged Jesus just before he left the temple for the day.

After that momentous entry into Jerusalem and exuberant reception, Jesus returned the next day to teach in the temple. The chief priests and elders came to ask the famous itinerant preacher—who had just taken Jerusalem by storm and had set up shop in their temple—by whose authority he had done “these things” (presumably everything from the previous day, as well as his ongoing teaching).

Jesus, ever the brilliant pedagogue, asked them a question that put the answers in their own mouths no matter how they would respond. He told them explicitly what he was doing: “I will also ask you one word, which if you tell me, I will also tell you by what authority I do these things” (Matthew 21:24).

In other words, the answer to Jesus’ question will be the answer to their question about the source of his authority. Jesus asked where John’s baptism had come from: heaven or humans? The answer is, of course, both. Recalling Matthew’s baptism narrative (3:13-17), both John and God’s Spirit touched (I argue, ordained) Jesus at his baptism in the Jordan.

“I will also ask you one word, which if you tell me, I will also tell you by what authority I do these things”

But for the chief priests and elders, answering either way, let alone both, spelled trouble. The Gospel gives a privileged insight into their deliberations on how to respond. If they said “humans,” then the people would riot because John was still a popular figure, especially after his assassination by the Herod family. On the other hand, if the chief priests and elders were to reply that John’s baptism came from heaven, they knew that Jesus would ask why they had not followed him. So, instead of answering either of the correct responses, the chief priests and elders simply refused to answer. Jesus, playing along, also refused to answer them, though, of course, he had already answered them with his question.

Just to drive the point home, Jesus likened the people who followed John the Baptizer to initially disobedient sons who have a change of heart and then do their father’s will. They may have worked as tax collectors and prostitutes, but they repented and entered the kingdom of heaven before the chief priests and elders. Jesus compared the respectable leaders to a son who says he will do his father’s will but then does not do the work. Jesus has said (Matthew 7:21) and will continue to say (Matthew 25) that entering the kingdom of heaven requires humans to respond to God’s gracious outreach by continually doing the work of repentance.

In Matthew’s Gospel, Jesus does the work. He travels throughout the Holy Land (and notably, outside it as well) to proclaim and demonstrate the kingdom of heaven. Jesus heals, feeds and exorcises in order to teach about life in God’s kingdom. Jesus’ authority to do this comes from his relative John, who shunned polite society, warned the comfortable about coming wrath, and was murdered for speaking about leaders abusing their powers. And Jesus’ authority to do this comes from the Creator of the universe, who sent the Human One to proclaim the kingdom of heaven come to earth

Jesus has authority to teach because he was sent by God and humans both. Thanks be to God!