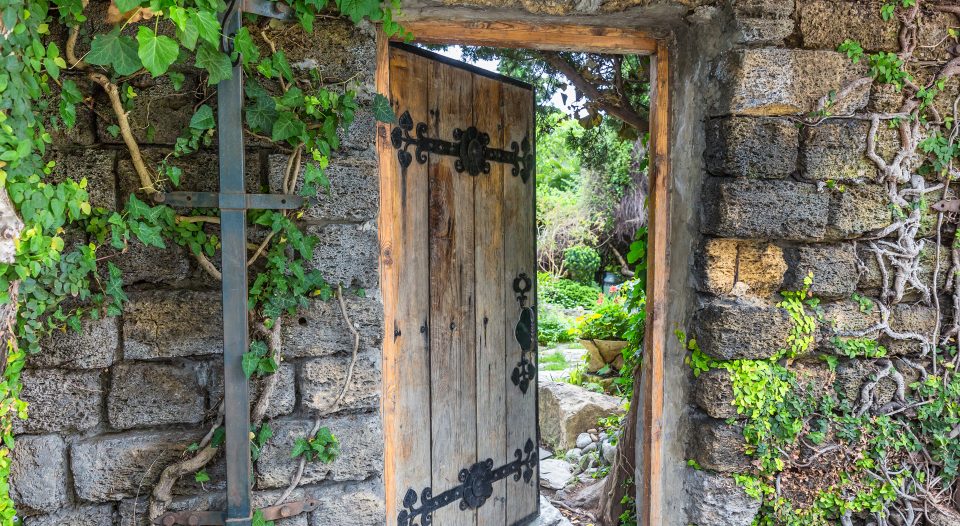 Welcome to the year of the Gospel of Mark! I’ll be honest, our first Gospel reading for this year out of Mark 13 has been confusing the faithful and scholars—me among them—since shortly after it was received. When Jesus talks about celestial bodies failing, figs ripening and bondservants readying themselves, what is he talking about? And what does it have to do with our preparations to celebrate his incarnation in a few weeks?

Some scholars say Jesus was discussing the eschatological end of the age and the coming of the Day of the Lord. Others suggest that he was giving a coded anti-imperial encouragement to his followers. In my reading, I tend to see Jesus as being pastoral, helping his folk through difficult times that he knew they would face.

As always, it’s important to start with context. What started the conversation into which our lectionary reading drops us? At the beginning of Mark 13, the disciples were remarking at the large stones that made up the temple complex (1). Jesus told them that all the impressive stones would be toppled over (2). Then, after walking up the next hill, a smaller group of disciples asked specifically about when the stone buildings of the temple complex would be destroyed and how they would know it was about to happen (3-4). It’s the response to these questions that animates the rest of Mark 13.

Jesus answered their questions as well as he could. He warned them to watch out for false messiahs and to be ready for betrayal in their midst. Borrowing language of “the abomination that causes desolation” from the book of Daniel, Jesus seemed to foretell of the Roman general, Titus, entering the Holy of Holies in the temple and offering a pig sacrifice there (which he did, according to Josephus’ Jewish Wars 6.4.7, 6.6.1). But Jesus’ main concern was for the people, not for the stones or the sacredness of the space. He warned them to flee and fretted about how difficult the brutal Roman suppression of dissent would be for pregnant women and those nursing infants (17). Jesus again warned of false messiahs before ending his comments about the first Jewish War with Rome.

Jesus is explicit that he doesn’t know exactly when or how those events will take place. But he does know that when they happen, he will be close at hand and right at the door.

And now, finally, we arrive at this week’s reading. People of goodwill may disagree, but I think Jesus continues the theme he’s been discussing—persecution by the heavy hand of Rome. He gives a sort of historical disambiguation—“but in those days, following that distress …” (24)—and then quotes two passages from Isaiah talking about the failure and fall of heavenly bodies (13:10 and 34:4). I’m convinced this is a reference to the Bar Kokhba (“Son of a Star”) revolt that fomented the Third Jewish-Roman War. The Jerusalem Talmud and Seder Olam both record that Simon Bar Kokhba was a false messiah, like the ones Jesus warned about (21-22), who maimed and murdered Jews as well as Romans. In fact, the rabbis called him “bar Kosiba” (Son of the Lie). This “star” fell dramatically and caused hundreds of thousands of deaths of both Jews and Romans.

Peter, James, John and Andrew ask, “What will be the sign that all these things are about to be accomplished” (5)? Jesus borrows language from Amos 8:1-2 to make a pun: when the fig ripens you know it is summer (28). The Hebrew word we translate as “summer” ( קיץ/qayitz) sounds very similar to the word we translate as “end” (קץ/qaytz). When they saw these things happening—Romans and Jews fighting desperately hand-to-hand in cities and hundreds, if not thousands, of Jews being crucified by Romans just as Jesus had been, then they should know something was coming.

And what is that something? It’s Jesus, the Human One, who is very near and, in fact, at the door (29). Jesus is speaking of the fears and, frankly, horrors that his disciples and their children’s generation would see with their own eyes (30). Mere days before his arrest and murder at the hands of the Romans, Jesus takes the time to warn about the dangers to come. To be sure, Jesus is explicit that he doesn’t know exactly when or how those events will take place (32). But he knows that when they happen, he will be close at hand and right at the door. Jesus knows that terrible suffering will happen, but he tells the disciples that he will be close to them when it does.

The best news during uncertain and, frankly, scary times is that Jesus doesn’t abandon us. God is not caught unaware of tumult and unrest. God’s people have faced war, famine, persecution and illness before. As we enter the Advent season, and celebrate Jesus’ incarnation among us, let us remember his promise: to be “near, at the very gates” during all times of trouble.