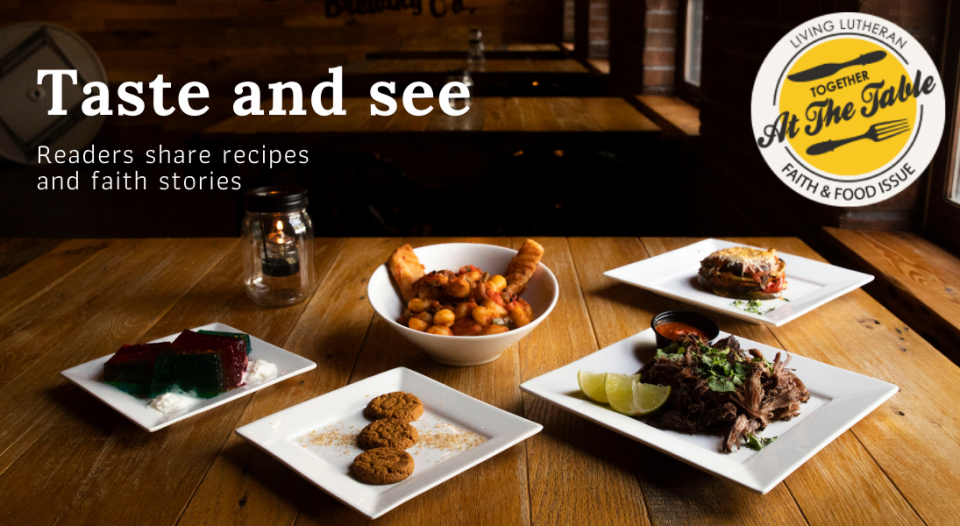 Editor’s note: This reader recipe is an online addition to our November 2020 cover story, “Taste and see.”

Our women’s Pricillia Circle at Holmen Lutheran Church in Holmen, Wisc., has a long tradition of making and enjoying eating lefse. Whenever we prepare it, it sells out quickly at our bazaars, cookie walks and Norwegian meatball dinners.

Make sure you come early before it’s gone—that’s the word that gets out into the community!

Those of us who are not of Norwegian descent have enjoyed being taught by members of our congregation, who have been more than happy to walk us through the process.

If you are really lucky, a relative has gifted you with the essential tools needed for making lefse. You need a grill, a board covered with a pastry cloth, a wooden rolling pin, a wooden lefse stick and cotton cloths.

Of course, there are many different recipes for lefse. The majority of connoisseurs of this Norwegian delight prefer it thinner. Lefse is similar to a soft tortilla. After buttering it, some sprinkle on brown sugar. Others fill it with available meat before rolling and eating.

Traditionally, lefse is made in the fall. It’s also served at Thanksgiving and during the Christmas season. It’s often combined with lutefisk, meatballs, mashed potatoes, gravy, cranberries, rutabagas and coleslaw.

Instructions
Recipe from Leif and Carol Marking, and Ron and Vivian Sacia; used with permission.

Note: There isn’t a right way to make lefse, except a way that works for you. Through experimenting, this is what works for us. The only wrong way is the way that doesn’t work–uff da! That means there’s lots of leeway in making potato lefse. Start rolling and grilling and making mistakes. If the whole process doesn’t remain fun and satisfying, then try making lefse with others. Pass on the tradition. Happy lefse making!

The enduring love for church cookbooks