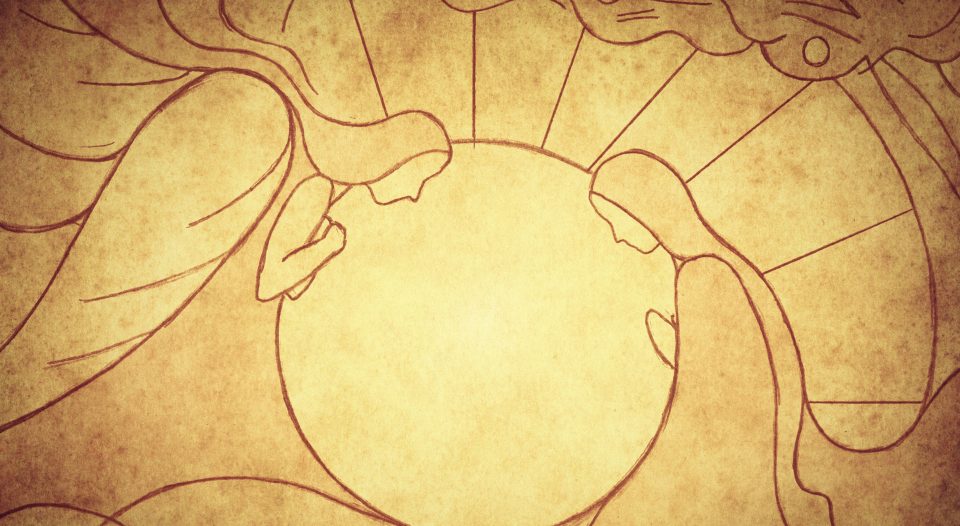 I don’t know about you, but I have felt a lot less peace this year than usual. Yet, I feel as if there has been a return, I might even say “revival,” to peace as the body of Christ offers solace, hope and permanence in rapidly changing social contexts. Relying on God’s promises to be our rock and safety, however, is certainly not a new experience.

After God’s graciousness, King David, who was firmly ensconced in his luxurious palace, reflected that God’s presence was still sought in a tent (2 Samuel 7:2). The word of the Lord came through the prophet Nathan to David. Among other things, he was told that David would not build a house/temple for the Lord, but, in a surprise reversal, that God would build a house/dynasty for David. And then God made another promise for all of Israel: “And I will appoint a place for my people Israel and will plant them, so that they may live in their own place, and be disturbed no more; and evildoers shall afflict them no more, as formerly …” (2 Samuel 7:10).

Consider the people’s history: the division of the United Kingdom of Israel into north and south; the exile of the Northern Kingdom in 722; the exile of the Southern Kingdom in 597 and 586; the resettling of the Judeans under the auspices of the Persians; the persecutions of the Judeans by the Greek Seleucids; the civil wars under the Hasmoneans; and the latest conquest by the Romans. It’s no wonder the Jews who had been scattered all over the world were looking for God to keep God’s promise. They simply wanted to be planted in their own place and not be disturbed by evildoers any longer. They expected the coming messiah to fulfill the old promises to make them safe and secure, and to give them a place in which they would not be disturbed.

They expected the coming messiah to fulfill the old promises to make them safe and secure, and to give them a place in which they would not be disturbed. … Mary understood that her son would take up the task of making all things right, of lifting up the lowly, feeding the hungry and helping God’s servant Israel.

Several years later, the angel Gabriel’s words to a young virgin named Mary would have been shocking, mostly for the great honor they contained: “Greetings highly favored one. … You have found grace with God.” The latter phrase is a Greek paraphrase of the Hebrew idiom: “Find grace in God’s sight.” This phrase constitutes the acknowledgment of a special relationship, where the one who has found favor usually receives a personal, lifesaving favor immediately after, as in the case of Noah (Genesis 6:8), Lot (Genesis 19:19) and Jacob (Genesis 32:5).

What lifesaving favor did Mary receive? She would give birth to a son and name him “The Lord saves!” (Jesus). Mary understood the scope of what she was being told. When the angel spoke to her, she responded as a true prophet with the “Here I am” formula that marks faithful acceptance of the Lord’s words and commitment to do God’s will (Luke 1:38). Before her, Abraham (Genesis 22:1), Jacob (Genesis 31:11, 46:2), Moses (Exodus 3:4), Samuel (1 Samuel 3:4) and Isaiah (Isaiah 6:8) had all responded to God’s call in the same way. Mary, I suspect, knew the stories of the prophets, and she had some idea what she was getting into.

Mary understood, too, that her child would be more than a savior for her alone. I can’t let Advent go by without calling to mind the Magnificat. Mary knew that her son would fulfill the old promises as well. Mary prophesied about God’s activities through her son:

My soul magnifies the Lord,
and my spirit rejoices in God my Savior,
for he has looked with favor on the lowliness of his servant.
Surely, from now on all generations will call me blessed;
for the Mighty One has done great things for me,
and holy is his name.
His mercy is for those who fear him
from generation to generation.
He has shown strength with his arm;
he has scattered the proud in the thoughts of their hearts.
He has brought down the powerful from their thrones,
and lifted up the lowly;
he has filled the hungry with good things,
and sent the rich away empty.
He has helped his servant Israel,
in remembrance of his mercy,
according to the promise he made to our ancestors,
to Abraham and to his descendants forever (Luke 1:46-55).

Mary understood that her son would take up the task of making all things right, of lifting up the lowly, feeding the hungry and helping God’s servant Israel. She also proclaimed that the messiah would cast the powerful down off their thrones, scatter the proud and send the rich away empty. And we know that he will, but Mary didn’t see the completion of this process in her lifetime.

As we prepare to welcome Jesus yet again into the world and our hearts, let us truly welcome him as he is. We know that at the end of all things, God will dispense justice according to all the old promises, and we look forward to that. In the meantime, let us seek to be Jesus to our neighbors who still look for rest, peace and respite from their enemies this Christmas season. As we remember the holy family who, a short time after Jesus was born, fled the persecution of the evil King Herod, let us welcome those who flee from evil today. In so doing, we proclaim the Lord Jesus (the Lord saves) until he returns.