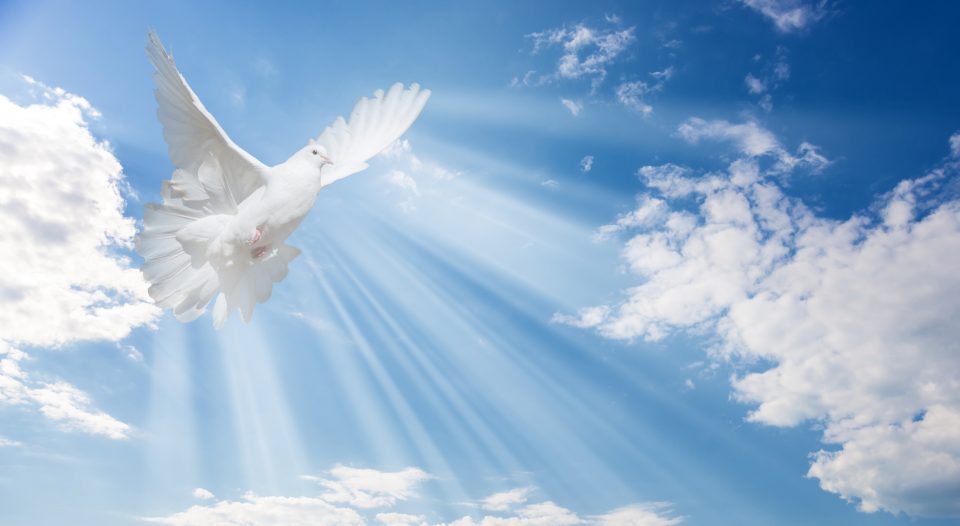 I love the resonance between this week’s Hebrew Bible reading and the Gospel lesson. Both passages discuss beginnings. The Genesis text proclaims: “In the beginning of God’s creating the heavens and earth …” (1:1, my translation), and the Gospel of Mark answers: “The beginning of the good news of Jesus Christ, the son of God …” (1:1). The Greek word arche is used in both the Septuagint (Greek First Testament) and Mark to signify that an important new thing is just starting.

Looking specifically at Genesis, God’s actions in creation take center stage. God didn’t create out of nothing, as the doctrine of creation ex nihilo argues. There was some sort of deep ocean already, and God’s Spirit hovered over it. Instead of being content with a vast watery waste, God took action—specifically four actions. God spoke, saw, separated and called.

When creating the light, God spoke it into being (“Let there be light,” Genesis 1:3), God saw that it was good, God separated light from darkness (4), and finally God called the light “day” and the darkness “night” (5). With a few notable modulations, these four actions play a major role in how God went about creating the rest of the universe. God brought the world into being by saying, seeing, separating and calling.

These actions also play a major role in the introduction of Jesus and his ministry in the Gospel of Mark. Before Jesus was introduced, the Gospel writer quoted Isaiah the prophet:

See, I am sending my messenger ahead of you,
who will prepare your way;
the voice of one crying out in the wilderness:
“Prepare the way of the Lord,
make his paths straight” (Mark 1:2-3).

The Gospel accordingly opens with the words of God through Isaiah. To make it ever clearer that God is speaking a new creation into being, the prophesy from Isaiah centers on a messenger and a voice crying out. This is the “saying.”

God’s word through the prophet Isaiah seems to have had the desired effect. Just as the Septuagint uses the Greek verb egeneto to confirm that “there was [light],” the quote from Isaiah in Mark is immediately followed by egeneto Ioannis o Baptizo/“there was John the Baptist.” The command to let there be light and the prophesy that a messenger would be sent to cry out in the wilderness are both followed with the same matter-of-fact conclusion that what was spoken came into being.

God brought the world into being by saying, seeing, separating and calling. These actions also play a major role in the introduction of Jesus and his ministry in the Gospel of Mark.

Jesus came to John the Baptist out in the wilderness to be baptized. What happened next combines the other verbs of creation into just a couple Gospel verses. As Jesus was coming out of the water, he saw a vision. And what was that vision? That the heavens were separated (literally “cleaved” or “rent in two” from the Greek schizo). Then a voice from heaven called Jesus God’s “beloved son.” God’s Spirit spoke through John the Baptizer. Jesus saw a vision. God separated the heavens and called Jesus his beloved son. Say, see, separate and call—just like the first creation.

This is no coincidence. The Gospel writer purposefully echoed the language of creation to talk about what God was doing through Jesus. Why? I think to point out radical continuity and radical departure.

God is the same yesterday, today and tomorrow. We would absolutely expect that God’s actions at the beginning of the universe would be echoed again and again throughout Scripture and human history because God’s actions are good and perfect. If God does a thing wonderfully well, why not do it wonderfully well again? Throughout Scripture, God is always in the business of creating, forgiving, saving and loving. Thus, Mark’s introduction serves as a reminder of God’s ongoing creative work in ushering in a new era of salvific history by referencing the same creative actions that started the universe.

But the creative actions in Mark also confirm that something radically new was happening. Just as the created universe is profoundly different from the pre-creative waters, so is the time of the advent of God’s kingdom here on earth through the life, death and resurrection of Jesus profoundly different from the time before it. Jesus is our Immanuel “God is with us” in a radically different way than the child of Isaiah 7, of whom the prophesy originally spoke.

Mark uses the old creation language to link the coming of Jesus to the creation of the universe. God’s ways of old continued into Jesus’ day and continue into ours as well. But God did a new thing in sending Jesus to save us. One of the paradoxes of God is that in doing something very old, God does something very new for us!