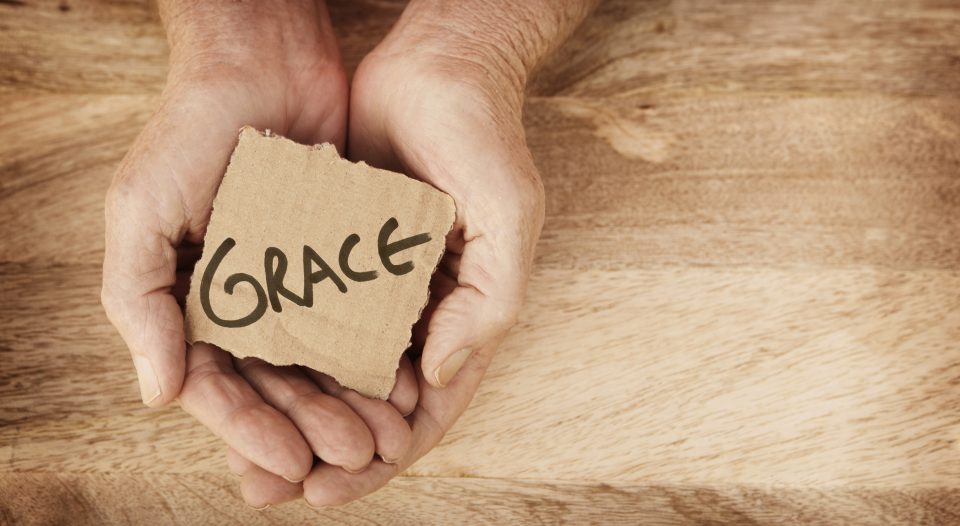 This week’s verses offer two visions of people who questioned God’s extravagant grace. God spoke to Abram, commanding name changes for him and his wife, and promising them an heir. Abram wondered how this could be! In Mark 8, Jesus gave a grim prediction of his suffering, rejection by the religious elite, death and resurrection, which would win freedom from sin and death. Peter rebuked Jesus for his words. In both cases, humans argued with God’s gracious future.

God told Abram that he would be a father of nations, that his name would no longer be “great father” (probably a name glorifying a member of the pantheon of gods that Abram’s father Terah worshiped). Instead, he would be Abraham, a father of nations. Likewise, Sarai’s idolatrous name was changed. Sarai means something like “My prince is …,” and her name ended with the name of a Babylonian deity. The Bible purposefully excised this part of Sarah’s name, most likely Sin the moon god, whose centers of worship were Ur and Haran. Instead, she was to be renamed “Princess” because she would be the mother of kings (Genesis 17:15-16).

This was all well and good, but Abraham was incredulous when God told him that he and Sarah would have a son. He laughed (Isaac means “he laughed”) at the thought of having a child at his advanced age with his elderly wife (17). Abraham suggested that his son Ishmael should be the center of God’s vision for the future (18). Because Abraham was God’s friend, God blessed Ishmael and made him the father of 12 nations, but the promise would go to Sarah’s son, who was to be named after Abraham’s incredulous laughter. This was a magnificent blessing for the old couple, but for the rest of their lives Isaac’s name would be a sort of soft rebuke of Abraham’s laughter at God’s promise.

When God promises good—whether a child born late in life or a messiah willing to suffer on our behalf—we should simply be grateful for God’s graciousness.

Hundreds of years later, as Jesus described his suffering, death and resurrection, Peter responded with anything but laughter. As the senior disciple, he discreetly took Jesus aside and argued that this must not be so. Who of us, when a beloved teacher or mentor seems to falter and say things that are embarrassing or defeatist, would not seek to have a private word to encourage her or him? Jesus rebuked, in the sharpest terms, Peter’s understandably concerned words: “Get behind me, accuser. You are thinking humanly, instead of according to the divine will.” Jesus then proceeded to lecture the crowd gathered in the vicinity of Caesarea Philippi about how human thinking would lead to death, but calculating according to the kingdom of heaven would lead to life.

Jesus’ critique of Peter was a single occasion. Peter’s name wasn’t changed to “accuser,” and he retained his role as the most senior disciple. Yet Peter seemed to work at cross-purposes with Jesus at least a few more times: fighting his arrest in Gethsemane and resisting the call to incorporate Cornelius into the kingdom (Acts 10). But Jesus understood, forgave and maintained the relationship with Peter, just as God had done earlier with Abraham.

The moral of these two stories is to endeavor to embrace God’s vision for good in the world or, at the very least, to not seek to undermine what God is about to do. True, God’s friends in the Hebrew Bible regularly sought to change God’s mind and were frequently successful (Abraham concerning how many people could save Sodom and Gomorrah; Moses arguing for the lives of the Israelites after the golden calf incident, among them). But on those occasions, God’s friends intervened to provoke God’s grace and prevent the suffering of other people. When God promises good—whether a child born late in life or a messiah willing to suffer on our behalf—we should simply be grateful for God’s graciousness.

Sometimes grace is difficult. We think we should have to pay for our sins or that we should have to earn God’s favor. We aren’t up to either task! So as much as we would laugh at or even criticize God’s grace, no human action, or inaction, will stand in the way of God’s lovingkindness.