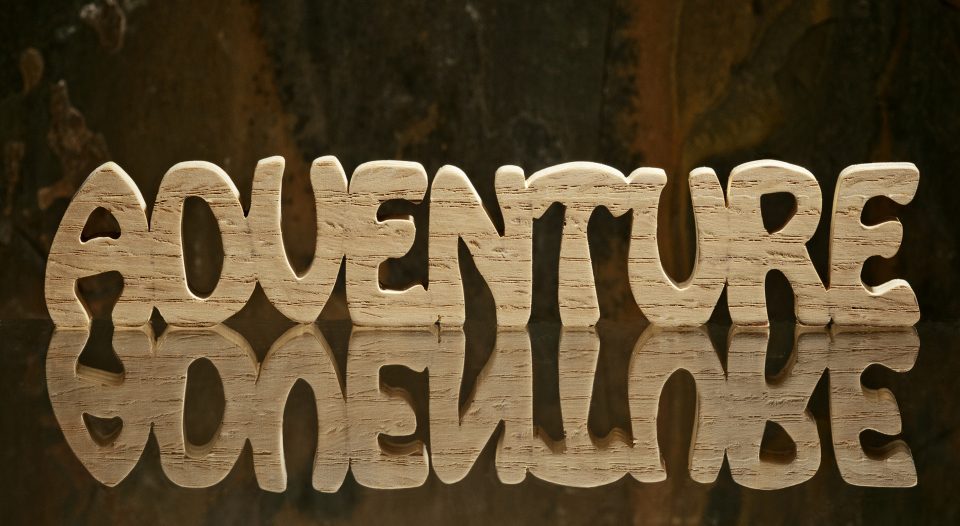 My wife likes to say that an adventure is when you don’t know what’s going to happen. We can have good adventures and bad ones. In this sense, this week’s passages describe the adventurous life of following God and Jesus.

Jeremiah 31 is one of my favorite chapters in the Bible. It’s a retrospective of God’s engagement with the Israelite community. Who could have known what would happen over the next several centuries as the Israelites left Egypt to go on an adventure with the God of their ancestors? Almost immediately, it seems, many people fell short of God’s expectations and worshiped a golden calf. In response, Moses called together the Levites who went through the camp, slaughtering neighbor and kin. Referencing this early catastrophe, the Lord proclaimed through Jeremiah that those who escaped the sword found grace in the wilderness (Jeremiah 31:2). From this beginning, God-through-Jeremiah described the tumultuous history of God and God’s people.

God told the people to look forward to a time when Israel and Judah would again be one entity, when the people in the hills of Ephraim would say to themselves that they should go to Zion (Jeremiah 31:5-6). The Tribe of Ephraim had sided with the Northern Kingdom of Israel against Judah and was complicit in the idolatrous worship at Bethel/Beth-aven. God promised to become a father to Israel and bring back those who were scattered by Assyria (Jeremiah 31:7-12). Moreover, God promised to console the weeping mothers and to redeem Rachel’s children who had been carried off to a foreign land (Jeremiah 31:15-17).

As the Israelites left Egypt during the Exodus, how could they have imagined wandering in the wilderness for 40 years; an even longer period of back-and-forth conquest of the promised land; and a short period of unified monarchy, followed by civil war, foreign intrigues, captivity and exile? After all that, God would resettle them in the Holy Land. As they marched triumphantly out of Egypt, they were in store for an adventure, but they had no idea what kind it would be.

After this adventure, God promised through Jeremiah to do a new thing. No longer would the rules of God’s covenant relationship with the people be written on stone, vellum or papyrus—they would be inscribed on their hearts (Jeremiah 31:33). Indeed, that seems to have come to pass, at least partially. The suffering that the Israelites and Judahites experienced as a result of God’s punishment of their sins provoked a central concern over the next several centuries for meticulously keeping Mosaic law and honoring God’s word.

But God’s people have always been on an adventure of not knowing what is going to happen next.

If we are humble, we can easily put ourselves into the place of those who heard Jeremiah’s prophesy. They lived in deeply confusing times. Kingdoms and countries were rising and falling. And religious leaders were giving contradictory advice (1 Kings 22:11-25 is one of my favorite examples). It would have been, as it continues to be, difficult to know and see in real time how God is moving. So the people tried to do the best they could.

By the time of Jesus, discernible currents of how people thought the covenant had been written on their hearts had emerged. Sadducees doubled down on observing the rites of the temple cult. Essenes focused on nonparticipation in the empire. Pharisees focused on hyper-observances of God’s laws in the everyday life of everyday people. Zealots engaged in restoring sovereignty to a Jewish kingdom as a fulfillment of God’s promises. Each group argued that if only things were done their way, the future would result in a predictable blessing from God. Into this milieu came Jesus.

John 12 opens with some Greeks asking the brothers Andrew and Phillip to see Jesus. They are shown a confusing and unpredictable picture of Jesus, who said it was time for the Human One to be glorified (23). Jesus followed that by alluding to his death and saying that his true followers would join him in the path of losing their lives (24-26). As if that weren’t a stark enough contradiction, Jesus’ prayer that God would be glorified elicited an audible response from heaven (28).

This man, who talked to God and to whom God publicly responded, then insisted again that he would die from public, humiliating torture at the hands of the occupying empire. How could someone who has the Creator’s ear be subject to the most painful, humiliating death? It doesn’t make sense. No one could have expected that this is the way the divine history would unfold. But the Lord gave the Greeks what they had asked for: a true picture of Jesus as the glorified and shamed one who spoke with God and was murdered by humans. Who could make sense of that?

We have the luxury of connecting the dots after the fact. We understand verses and prophesies that spoke to both ancient Israelite history and the Jesus’ future salvific actions. But for God’s people, accompanying our Lord into what God will do in the future has always been an adventure of the unknown. God spoke to God’s friends and the prophets about what would happen in the future, to be sure. But even in those cases, the full unfolding of time revealed a reality that was more than they/we could/can understand.

The moral of this week’s story is to be humble in following God. We may think we know what God is doing or where the Spirit is moving. But God’s people have always been on an adventure of not knowing what is going to happen next. Just as the history of the Israelites could not have been fully understood in advance, so, too, did Jesus’ followers feel profoundly confused at the contrast between glory and ignominy. We don’t know what is going to happen, despite trendy predictions of the future. But we know who is going to be victorious—not us, not our kingdoms or countries, but the God who claims us, redeems us and writes law on our hearts.

Lectionary blog: Learning from the wilderness