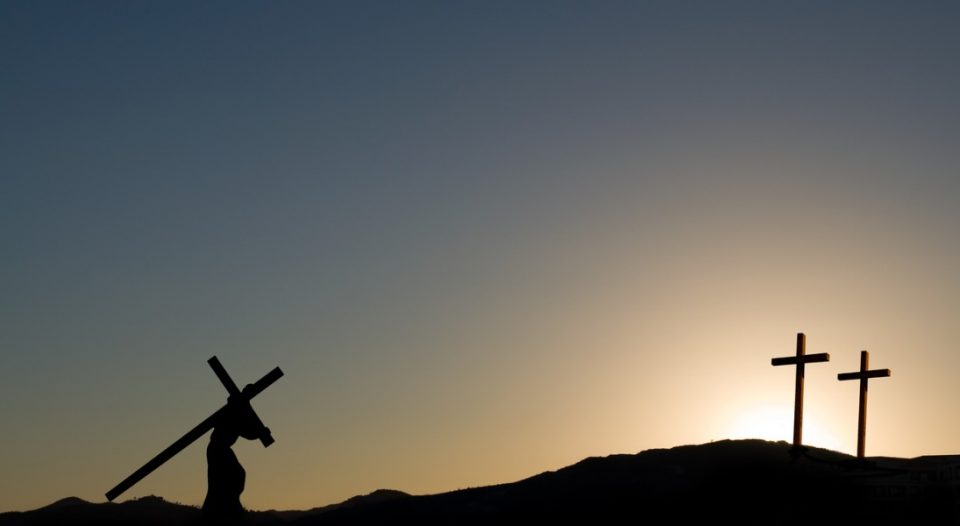 Why do we call something good that was on the surface such a horrific act of violence and that demonstrated the fullness of human depravity?

In the June 1915 edition of The Crisis, the magazine of the NAACP, there is this description of a lynching in Fayette County in Tennessee:

“Hundreds of Kodaks clicked all morning at the scene of a lynching. People in automobiles and carriages came from miles around to view the corpse dangling from the end of a rope. Picture card photographers installed a portable printing plant at the bridge and reaped a harvest in selling the postcards showing a photograph of the lynched Negro. Women and children were there by the score. At a number of country schools the day’s routine was delayed until boys and girls could get back from viewing the lynched man.”

James Cone, a theologian, includes the description in his book, “The Cross and the Lynching Tree.” He makes the point that both the crucifixion of Jesus and lynchings were public acts that were meant to create fear in those who witnessed them and send a clear message that if they got out of line, they could suffer a similar fate. I often reflect that what Jesus and the thousands of Blacks who were lynched in this country share is that they were innocent. They were killed not for what they had done but because of who they were. Jesus had not committed a crime. It was a fact that was noted by Pontius Pilate: “I find no fault in this man.”

It’s “Good” Friday because the events that led to Jesus dying on that cross were primarily about God – God acting in such love for the world that he allowed his beloved son to die.

When I think about this cross and what happened there some 2,000 years ago, I am often filled with deep and profound emotion. What must it have been like for those who stood watching the brutality of those events, the hatred and the mocking taunts that were coming from the lips of those who were delighting in what they were witnessing? If any of those who were witnessing these crimes had any conscience, I cannot imagine that the images of a lifeless body hanging before them would not eventually begin to weigh on their hearts and so fill their heads with what they had done that they would wake up in the middle of the night with cold sweats troubled by what they knew in the heart of their hearts to be a miscarriage of justice.

But I go back to the question that began this reflection, namely how do we call something good that on the surface was such a horrific act?

It’s “Good” Friday because the events that led to Jesus dying on that cross were primarily about God – God acting in such love for the world that he allowed his beloved son to die. God’s love in Jesus transformed the cross, an instrument of terror and death, and made it a symbol of life, hope and forgiveness. Jesus, by becoming a willing victim, stands in solidarity with all of those who are persecuted because of who they are. And they in turn are empowered to live a life that will result in their struggle to bring every life into the fullness of justice and freedom, as God intends, so that victim and victimizer can behold each other’s humanity. There is the glory of God in that meaning – in that cross – and it is good. And when our hands, hearts and voices are involved in this work of healing, justice and reconciliation, it is a good and godly work.