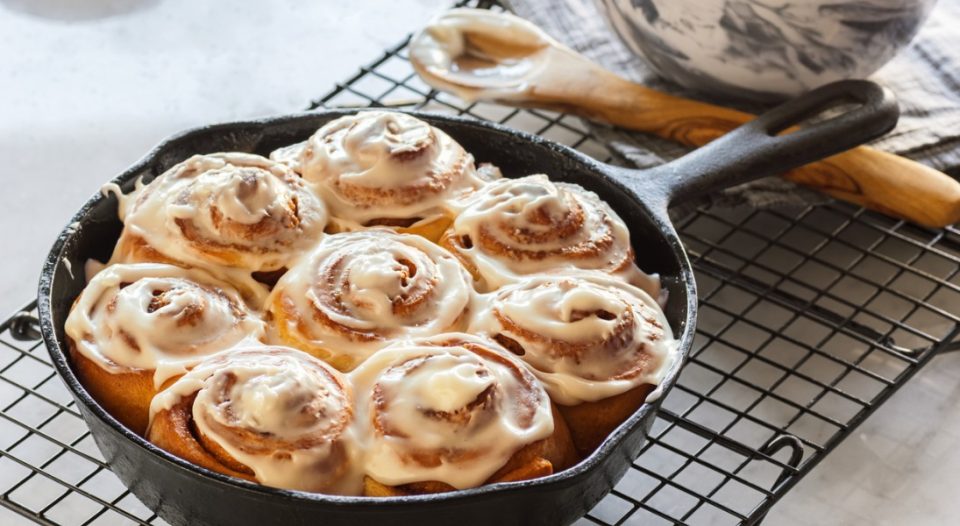 Editor’s note: Welcome to “Extraordinary ordinary presence,” a three-part series from ELCA pastor Jordan Miller-Stubbendick on noticing God at work in mundane moments, and what this might teach us about our Lutheran faith.

Baking has been a source of steadiness and joy in my life during the COVID-19 pandemic. Cookies and muffins have been staples, but I recently decided to expand my skill set by making cinnamon rolls for a special family breakfast.

I gathered all my ingredients, triple-checked the recipe, and began. Too late, I discovered that the yeast I was using had expired nearly two years ago. Ah, well. The recipe called for allowing the dough to rise again and again, in the process of making the dough, overnight, and then once more before putting the cinnamon rolls in the oven. Throughout the process, I kept checking the dough in the bowl to see if it had doubled, like it was supposed to. It felt like there was more I should be doing. I didn’t need to use the mixer, or crack eggs, or even toss some extra chocolate chips into the batter.

What I really needed to do was wait. Sometimes, what I need most is not entirely, or even largely, dependent on my own efforts. There are many good and necessary things for me to do. Rest and waiting are needed just as vital.

I was reminded of the prophet Elijah, at a time when he is exhausted and afraid for his life. Essentially, Elijah has done everything he is supposed to do—everything God has asked him to do—and everything is still going wrong. God comes to Elijah then, but not in the way that Elijah expects.

God was not found in the great wind, the tumultuous earthquake, or the burning fire. God was not in the noise or the movement. God was in the silence and the waiting. Elijah encounters God only when Elijah remains still.

There is plenty about the life of faith that calls for action, movement, and striving—where we are called to use our voices and bodies and resources to work for justice, care for the environment and love our fellow humans. In baking terms, we frequently need to make sure the dry and wet ingredients are mixed together, scraping the bowl and pouring it into the pan.

After the time of waiting and waiting again, the time of seemingly doing nothing, my cinnamon rolls rose. Only then could they be rolled out, shaped, and baked.

Only after the waiting could my family and I eat them in their sweet and gooey glory.

After the waiting, the resting, and the trusting, those cinnamon rolls were delicious.