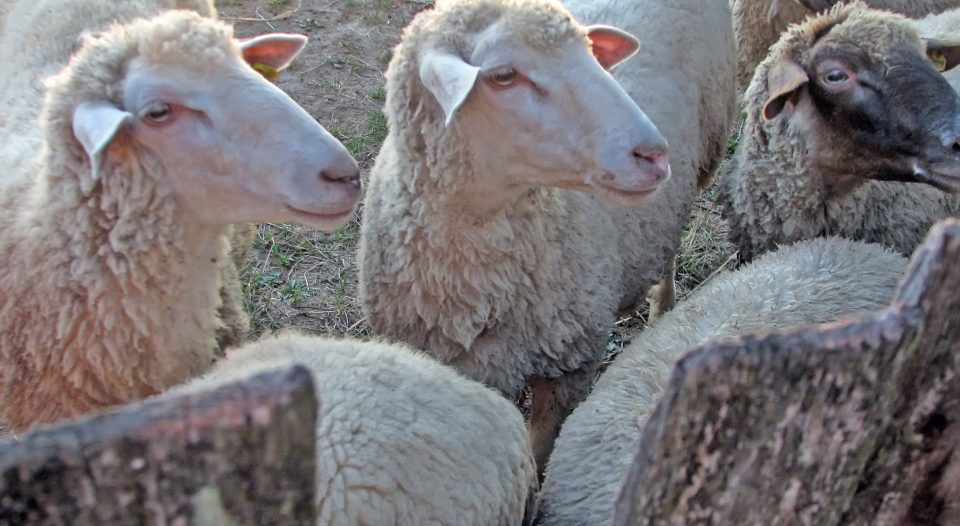 We often think of Jesus as the good shepherd, but most of us know so little about what a shepherd actually does. In biblical times, protecting the sheep from predators was an important part of the job, to be sure. But keeping the sheep from being stolen was also crucial. Yet the most important part of the shepherd’s job was to lead the sheep daily to fresh pastures and to potable water. In the passage from John, Jesus fulfills all these tasks, doing so as a means to differentiate himself from other religious leaders. He stands in stark contrast to those in his day (and those in our day!) who value themselves and their livelihoods more than those entrusted to them.

Jesus expresses ownership over and identification with the sheep when he describes himself as the shepherd and not the hired hand. A shepherd’s identity comes from his task in guarding and providing for the sheep. The hired man simply gains his income from herding. For the shepherd, simply walking away from the flock or giving it over to a mortal enemy isn’t an option (John 10:11-13). Like David before him, when predators threatened Jesus’ flock he interposed himself between his charges and the threat. Unlike David, however, the predators Jesus faced down were sin, death and earthly powers that sought to kill, steal and destroy the flock. And most importantly, unlike David, Jesus didn’t expect to survive his pastoral duties. In fact, it was for this reason that God loved Jesus so much: that he laid his life down to pick it up again (17). This was God’s command to Jesus (18).

But Jesus isn’t just a shepherd in John 10. He is also the gate of the sheep-pen. As folks in pastoral communities know, there are usually three seasons for shepherding in most climates: the spring and summer when the shepherd leads the sheep to far pastures; the fall when sheep eat the leftover stubble in the farms closer to settled areas and provide free “fertilizer” for the planting next year (incidentally, this is one of several reasons why I think Jesus was probably born in autumn, rather than winter. The “shepherds being in the fields with their flocks” usually occurs around September); and winter when the animals are indoors or close to home and fed with stored food.

When the animals were in the fields in the fall, they were close to settled areas and, therefore, in danger of being stolen by other humans. At night, the sheep entered the pens that had only one, often sheep-height, gate. Many shepherds would rest their flocks in the same pens and then have a nightly campfire in front of the opening, using their bodies to block the doorway, essentially becoming the door. At dawn, the shepherds would take turns calling for their sheep. Each sheep knew its shepherd’s voice (or whistle) and the tangled mass that had spent the night mingled would separate into distinct flocks as they followed their shepherd.

Jesus used his close knowledge of shepherding culture to paint a picture for those listening to him. Like sheep, those who really know Jesus will follow his voice and shun the whistles and instructions of other shepherds to whom they don’t belong.

Jesus himself stands guard all through the times when our defenses are down by being the door to our sheep-pen. Anyone who approaches in a way that avoids Jesus-as-gate is automatically a thief (7-10). He advises that we need only be as wise as sheep (who are not known for their wisdom …) in recognizing that anyone who avoids Jesus but wants to enter into the midst of believers is probably a threat on some level.

Jesus used his close knowledge of shepherding culture to paint a picture for those listening to him. Like sheep, those who really know Jesus will follow his voice and shun the whistles and instructions of other shepherds to whom they don’t belong (4-5). Jesus described the level of knowing-intimacy between himself and his sheep as identical to the way in which God and Jesus know each other (14-15). Jesus’ charge to his sheep is that they would know and follow them as he knows and follows his Father.

In this week’s passage from Acts 4, Peter and John are called back to the same house that they had visited on the night Jesus was arrested. But this time, they were the ones to be interrogated. Peter’s daring response to at least three men who would be high priest in their lifetimes (6) was that the disciples did their miraculous “act of kindness” in the name of Jesus of Nazareth, the Messiah. Peter quoted Psalm 118:22 to say that the stone the builders rejected has become the chief cornerstone. All those who caught the reference would have been reminded of the proceeding verses that pronounced:

This is the gate of the Lord;
the righteous shall enter through it.
I thank you that you have answered me
and have become my salvation (Psalm 118:20-21).

But all the protecting in the world does nothing for the sheep if the good shepherd doesn’t show them the way to food and water. Knowing threats is one thing, providing good sustenance is entirely another. And Jesus gave his disciples not just the bread of life and living water but actual bread, fish and wine. His disciples took the lesson to heart and met spiritual and physical needs (Acts 4:32-35).

Jesus’ kindnesses as the great shepherd are many. He protects and saves us from our sins and the power of death. He guards us from, and warns us against, those in this life who seek to kill, steal and destroy. In addition to all that, his life and power in us enable us to continue his work of providing for his flock with the kindness of the Good Shepherd.  ­­­