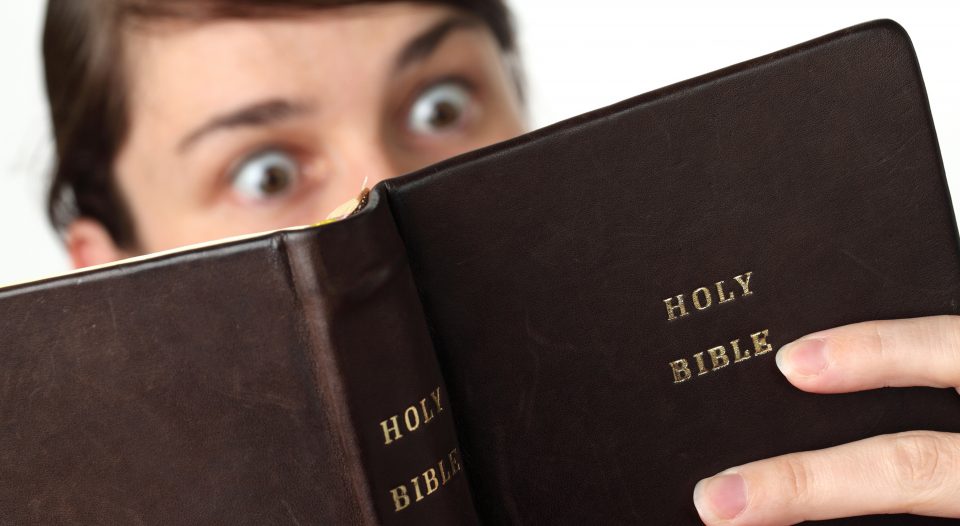 The biblical narrative doesn’t go directly from the crucifixion to Paul’s letters about how to understand Jesus and how to live in community, thank goodness. We read in the Bible that Jesus was resurrected and appeared to many of his disciples, and not just the 12. He was able to comment on and interpret his death and resurrection for those who had followed him. Then the disciples who had actually known Jesus were able to interpret his life, death and resurrection for those who would believe through them. The common refrain throughout Jesus’ and his disciples’ post-resurrection teaching is incredulity that what came to pass could have come as a surprise.

In the pericope immediately before this week’s reading in Luke, Jesus joined two disciples who were walking away from Jerusalem. While they were on their way, they discussed what they thought were the last days of Jesus’ ministry. But they were confused by the report from some women in their group who said that Jesus had been raised from the dead. Jesus’ response was to chide them and then patiently explain again what he had no doubt told his followers many times before:

“How foolish you are, and how slow to believe all that the prophets have spoken! Did not the Messiah have to suffer these things and then enter his glory?” And beginning with Moses and all the Prophets, he explained to them what was said in all the Scriptures concerning himself (Luke 24:25-27; NIV).

These two then invited Jesus to share the evening meal of the festival of unleavened bread with them. They saw Jesus in the breaking of the bread and the sharing of the cup—as we are blessed to see him in communion as well. Afterward they hurried to tell their comrades that they had seen the risen Jesus.

The disciples were discussing this appearance of their risen Messiah when Jesus stood among them and wished peace upon them. They were shocked, but Jesus’ response again was one of surprise at their lack of equanimity. “Why are you troubled, and why do doubts arise in your minds?” (Luke 24:37; NIV).

After allowing them to touch him and then eating a fish to prove that he was really resurrected and not just a spirit, Jesus then pointed back to the Scriptures. He went through “Moses, the prophets and the psalms” in order to open their minds to what they should have expected. He told them to wait in the city for the gift from the Father. But crucially, Jesus didn’t want the Spirit to come in power before his disciples knew and understood the Scriptures. He delayed his ascension to heaven to be reintegrated into the royal throne room of God because it was so important that his disciples receive a few final Bible studies.

The bottom line is that after the resurrection people are continually surprised by the life and power of Jesus. But we should not be.

Days later, Jesus’ disciples Peter and John finally arrived at the point where they could successfully emulate their master, teacher and friend with whom they had spent so long learning the ways of life. When the two entered the temple courts, a beggar asked for a gift. The power of God flowed through Peter and the lame beggar was healed (Acts 3:1-8). Many people had regularly seen this beggar, who was now running around inside the temple courts, and they pressed Peter for answers as to how this had come to pass. Peter responded just as Jesus had only a few weeks earlier to similar questions of who and why these things were happening: “Why are you surprised?”

Peter then rehearsed the circumstances leading to Jesus’ death and resurrection. He pointed to the power that had caused the man to be healed and freed them all from their sins. To support his argument, Peter quoted Moses, Samuel, the prophets and the conversations between God and Abraham. Peter was imitating Jesus by performing signs and quoting Scripture to point to the Messiah’s salvific ministry.

The bottom line is that after the resurrection people are continually surprised by the life and power of Jesus. But we should not be. Jesus and the disciples repeatedly pointed to Scripture and how studying and knowing it helps us see, understand and anticipate what God will do in the world.

In the spirit of this instruction, I am re-engaging in close study of the major prophets that Jesus referenced so often, especially focusing on Isaiah. I’d invite you, if you’re not already, to consider rereading some of the Hebrew Bible that the Lord and his disciples repeatedly pointed to as necessary for understanding what God was up to in Jesus’ ministry.