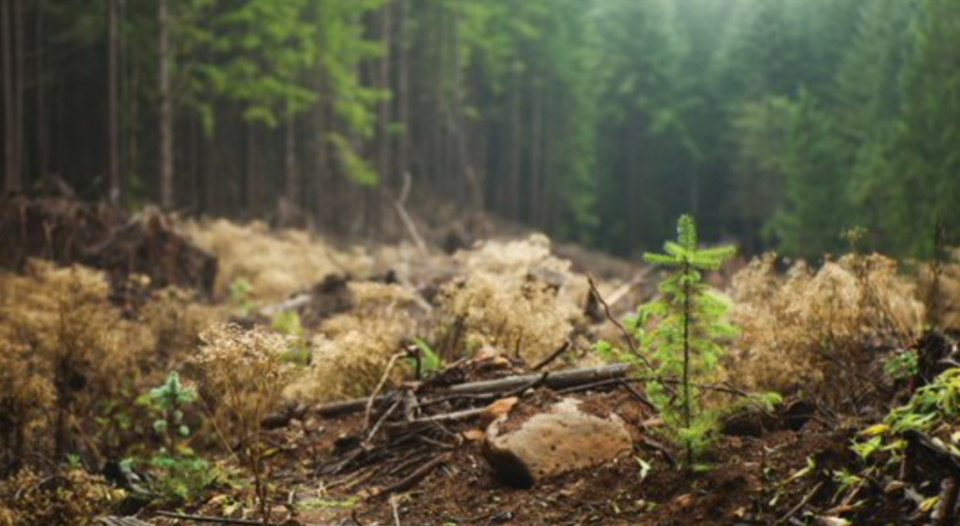 Earth Day “is widely recognized as the largest secular observance in the world, marked by more than a billion people every year,” according to Earthday.org. It may not be a religious holiday, but the date—April 22—is related to Easter, and we can draw on Easter’s theology to enrich our participation in Earth Day.

The relationship to Easter was simply strategic at first. Organizers of the first Earth Day were looking for a springtime date that avoided conflicts with Easter and Passover, and they wanted to make sure college students would be in class and available for teach-ins. In 1970, April 22 fell in that sweet spot.

The date stuck, ensuring that Earth Day will always occur within the great 50 days of Easter and every so often fall during Holy Week. On every Earth Day we’ll know—in a future that climate scientists tell us will call for profound courage and solidarity—the church will be telling its resurrection stories and singing the songs of Easter.

This year, the Sunday following Earth Day is Good Shepherd Sunday, which gives us the image of God as a shepherd leading us to green pastures, beside still waters. The enduring power of this imagery speaks to our deepest hopes on Earth Day—that our bodies will be protected from harm and find a home on the good earth, near clean waters.

The garden tomb in the Gospel of John evokes a restored Garden of Eden—Mary even perceives Jesus as a gardener. The garden imagery isn’t some ancient form of “greenwashing,” covering up injustice and suffering with gauzy images of springtime. Rather, in the Gospels, when Jesus testifies to the truth of the resurrection, the testimony he offers is his wounded body.

Earth Day is widely recognized as the largest secular observance in the world.

The first Earth Day began not in a pristine garden but at the site of a wound: the 1969 Santa Barbara oil spill, then the largest in U.S. waters and still one of the biggest in U.S. history. Sen. Gaylord Nelson (1916-2005) witnessed this wound engulfing the waters, the coastline and their creatures, and set in motion a process that, just a year later, brought more than 20 million Americans into the streets—10% of the population.

Within months of that first Earth Day, the Environmental Protection Agency was created and the Clean Air Act was dramatically strengthened. Within two years the Clean Water Act was passed. Millions of people are alive today because of environmental protections that trace their origins to the first Earth Day and that wounded coastline.

On Good Friday, the haunting text of the suffering servant expresses the awful reality of the sins of many being laid on one: “Surely he has borne our infirmities and carried our diseases. … He was wounded for our transgressions, crushed for our iniquities. … He was oppressed, and he was afflicted. … By a perversion of justice he was taken away” (Isaiah 53:4-8).

Today, the mainstream environmental movement is beginning to come to terms with the Good Friday truth to which those at the margins of power have long testified: that the environmental sins of the world are heaped disproportionately on the bodies of the poor, immigrants and people of color. Easter is an exposure of this perversion of justice and a celebration of the sacred power that rises up and overthrows it, out of love for vulnerable bodies and the good earth.

Earth Day landed—almost by accident—in the church’s Easter season. It’s not a church holiday, and corporations sometimes use Earth Day to greenwash their reputations and minimize environmental injustice. But on the Sunday before Earth Day this year, we remember with vivid clarity that humanity has “killed the Author of life, whom God raised from the dead. To this we are witnesses” (Acts 3:15).

And so we sing during our Easter season, “Let the sea roar, and all that fills it; the world and those who live in it. Let the floods clap their hands; let the hills sing together for joy at the presence of the Lord” (Psalm 98:7-9).

Called to care for creation