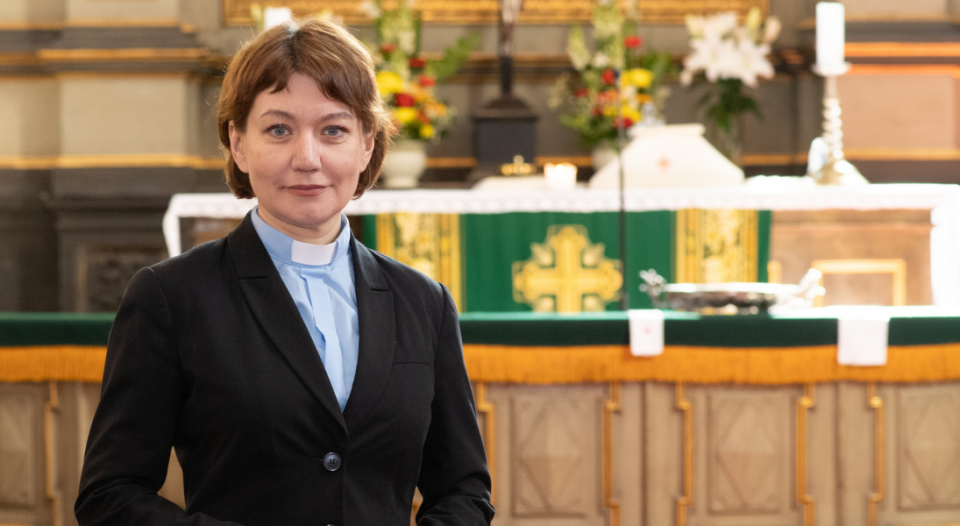 The Lutheran World Federation Council has elected Estonian theologian Anne Burghardt as the next general secretary of the global communion of Lutheran churches.

The Lutheran World Federation (LWF) Council elected Estonian theologian Anne Burghardt June 19 as the next general secretary of the global communion of Lutheran churches. Burghardt currently serves as head of development for the Estonian Evangelical Lutheran Church’s (EELC) Institute of Theology and as advisor to the church for international and ecumenical relations.

Burghardt will begin her term in November, succeeding Martin Junge, who has led the communion of 148 member churches for the past 11 years. She will be the first woman and the first Central and Eastern European to hold this leadership position.

“I am humbled by this great honor and deeply grateful for the confidence that the Council members have shown in me,” Burghardt told the LWF. “In accepting this very special responsibility in the communion, I pray for the guidance of God’s Spirit. I rejoice in having the possibility to work with the Council, with member churches, and with different partners, as the LWF continues to participate in God’s holistic mission. May God bless our communion so that it may be a blessing to the wider church and to the world.”

“May God bless our communion so that it may be a blessing to the wider church and to the world.”

Elizabeth Eaton, presiding bishop of the ELCA, was struck by Burghardt’s faith journey. “The Rev. Dr. Anne Burghardt grew up in a secular culture, was only baptized as a teenager and sees the church’s role as being a translator and interpreter of the faith to 21st-century society,” she said. “I believe this historic election will help more people to know Jesus and to make the gospel more clear and relevant for communities around the world.”

In her work at the EELC, Burghardt has focused on strengthening Lutheran theological education. She has served as study secretary for ecumenical relations at the LWF’s Geneva Communion Office and as a governing board member of the Conference of European Churches.

Burghardt and Kenneth Mtata of Zimbabwe were shortlisted for the position by a search committee appointed by the LWF Council. She received 28 votes (58%) and Mtata received 20 (42%) in the election.

The commitment to peace in a challenging age