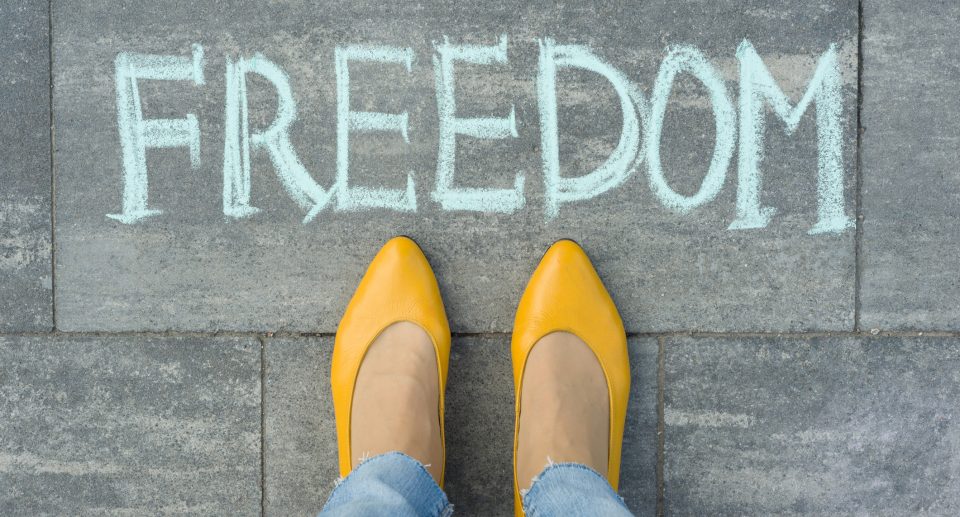 This week the lectionary presents stories of exiting from human-made enclosures—a castle and a tradition—and moving toward freedom. I want to be clear on the front end, these human constructs aren’t bad in and of themselves. They are only less than valuable if people get stuck there and can’t move toward freedom.

The first enclosure comes from the Song of Songs (the Hebrew title is not Song of Solomon). There are many ways to interpret this book, but, following generations of scholars, I understand the Song of Songs to be a love triangle featuring a Shulammite woman, her shepherd lover and King Solomon, who has captured the woman and confined her to his royal harem. In this week’s passage, the beloved shepherd comes down from the mountains to find his lover enclosed behind walls (2:8-9). As he peeks through latticework and windows, he calls for her to flee to the countryside with him (2:9-10, 13). In verse 12, the shepherd describes the countryside and all its bounty, which used to be theirs together (our land).

As grand as the palace is and as life would have been with Solomon (3:6-10), the Shulammite refuses to be simply another one of his sexual partners. She repeatedly seeks to run away to be with her one true beloved and eventually breaks free (3:1-4, and possibly again in 5:7).

Solomon’s castle wasn’t bad per se, until it was used to confine the Shulammite woman. Just as there was nothing wrong with the palace itself until it became a prison for someone who didn’t wish to stay, Jesus expounded on traditions that had gotten in the way of people’s freedom.

In the Gospel text, Jesus was asked why his disciples were eating with hands that had not been ritually washed. Now, as even my 3-year-old son will tell you, washing your hands before you eat is a fundamentally good idea. But when it becomes a means to trap people and look down on them for not following a tradition, it makes Jesus angry. In fact, his angry response seems a bit out of proportion.

Solomon’s castle wasn’t bad per se, until it was used to confine the Shulammite woman. Just as there was nothing wrong with the palace itself until it became a prison for someone who didn’t wish to stay, Jesus expounded on traditions that had gotten in the way of people’s freedom.

We must note that Jesus regularly hung out with and ate with Pharisees, who basically defined themselves by keeping ritually pure all the time. Maintaining ritual purity was not strictly necessary except for temple servants and priests. Becoming ritually impure is not the same thing as sinning. But the Pharisees’ vision of a restored covenantal people involved them being ready (ritually pure) at any moment to encounter God’s presence. It was actually a radically equitable belief system which argued that all the people were to be as holy/set apart from normal society as priests. It might help to think of this aspect of Pharisaic belief and practice as “the priesthood of all believers” taken seriously.

As such, the Pharisees only shared mealtimes with those who followed the same ritual rules as they did in order to maintain purity. In fact, the word for their community, “parusim,” from which we derive “Pharisee,” means something like “the separated ones.” So the evidence that they were present with Jesus while he and his disciples were eating (Mark 7:1-2) gives biblical scholars a pretty good indication that Jesus and his followers were at least at the fringes of the Pharisaic movement, if not more closely involved. One simply doesn’t dine with Pharisees as often as Jesus did without being a Pharisee. Remember that the next time the deeply problematic lyrics of “I don’t want to be a Pharisee” are sung (from the camp song I Just Wanna be a Sheep).

Instead of answering a pretty basic and accusative question about why “some of his disciples” (which is not to say Jesus or all his disciples) set aside important traditions about pre-meal washing, Jesus turned the tables and asked those around him why they set aside important laws about parental care. He then went even further to say that nothing that goes into humans can make them unclean, but only that evil which comes out of them (15, 23).

Jesus intensifies the discussion from what is merely unclean to what is actually evil/sinful (21-22). These are two different concepts entirely. Being unclean only prevents people from engaging in certain holy activities (temple worship, sex …). To be unclean isn’t the same as sinning and being unclean isn’t evil. But, Jesus says, it’s the evil in the hearts of humans—especially expressed in sexual immorality, theft, murder, adultery, greed, malice, deceit, lewdness, envy, slander, arrogance and folly—that makes humans ritually unclean. One can’t simply follow the rules while, at the same time, abusing or mistreating other humans and expect to be ready to be in God’s presence. Intensifying the rules, as Jesus does here, is a classic Pharisaic move.

It’s important to note that the evils that flow from the hearts of people are so-called social sins. Idolatry and oath-breaking, which are sins against God, aren’t on Jesus’ list here. Mistreating other humans, either their bodies as in the case of murder, adultery or lewdness, or their inner-selves as in the case of greed, malice, deceit, slander or arrogance are the actual sins—not just transgressions of ritual purity rules—that render people unable to appear before God’s presence at the temple or elsewhere. For Jesus, getting bogged down in rules about ritual status that prevent one from dealing with the deeper sins that harm others is a trap from which he wants to free people. The traditions weren’t the problem, and by all accounts Jesus followed them. It was only when the traditions prevented people from focusing on eradicating sins that were harming other humans that it got in the way of freedom.

As the letter from James says: “Every good and perfect gift is from above,” especially the “perfect law that grants freedom” to those who “continue in it … doing it—they will be blessed in what they do” (1:17, 25). In On the Freedom of a Christian, Martin Luther argues that the freedom we are to be moving toward is not licentiousness. Rather, it’s a freedom from all sorts of traps that would prevent us from living fully in service to God and neighbor. No matter if it is a grand palace or an otherwise healthy tradition, if it prevents us from partnering with what God is doing, we need to be freed from it.

Lectionary blog: In order to live …