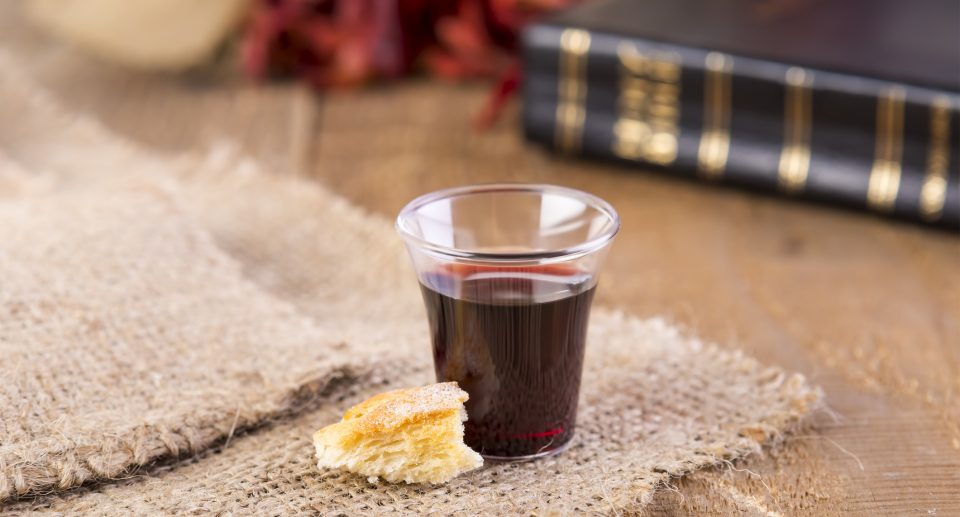 It’s a fact: Sometimes following God is difficult, unpleasant and confusing. We are called to deny ourselves, pick up our crosses and follow Jesus (Matthew 16:24). Those who promise only wealth and ease in the Christian walk need us to forget that 11 of the 12 disciples; James, the brother of Jesus and head of the Jerusalem church; Paul, the great apostle to the gentiles; and Jesus himself were all murdered or executed after facing many persecutions and confusing events. But while we attempt to walk faithfully with our God who has claimed and saved us, we are offered guidance and reassurances through words of spirit and life. This week’s lectionary readings offer two examples of words that lead to life.

When Solomon dedicated the temple, he assembled the tribes’ representatives, the leaders of the clans and Israel’s elders to see what God would do. He made certain to not repeat his father’s mistake with the oxcart. He had the priests carry the ark to the new temple using extra-long poles so no one would be in danger of accidentally touching it (1 Kings 8:8). Solomon wanted to ensure that this occasion would be one for celebration, for the indwelling of God’s Spirit into the temple and to prolong life. His dedicatory prayers reflect these desires.

When Solomon prayed, he first humbly acknowledged that, of course, no building could house the God who created the universe (27). Then he reminded God of the promise that God’s name and special presence would reside in that place (29). Finally, Solomon beseeched God to hear seven specific kinds of prayers when they were prayed toward the center of God’s attention on earth:

The common thread running through all these prayers is that Solomon was asking God to protect, uplift and dignify life. Whether the focus was on protecting the accused, the earth, the foreigner, the soldier or the whole Israelite people, Solomon’s desire was that the temple he built for the name of the Lord would be a place where the people’s prayers would evoke God’s lifesaving mercy and grace. The thick presence of God’s Spirit (10-12) was a palpable sign to all those assembled that, indeed, God had showed up to be intimately present and to hear Solomon’s words of life for God’s people.

His disciples were to live in the tension that his flesh and blood were real food and drink, but/and the Spirit gives life while the flesh counts for nothing. We hold on to this tension every time we celebrate with Jesus the eucharist in bread and wine, and Jesus’ real presence in, with and under the elements.

In the last week of readings from John’s “Bread of Life” dialogue, Jesus intensified his purposefully difficult claims but also contextualized them within his ministry. His word choice is simply shocking. In this week’s readings, Jesus switched verbs for “to eat” from the root ἐσθίω/“eat,”  which was used earlier in John 6, to τρώγω, which should probably be translated as something like “gnaw aggressively, like an animal.” Jesus was challenging those listening to him to sink their teeth into him. This was obviously upsetting, and many disciples left because of this difficult teaching (John 6:60, 66).

Then Jesus specifically addressed his disciples (not the larger crowd that had gathered to hear him in Capernaum), seeking to reassure them. After asking if they were troubled, he pointed out that interpretations of what his teaching meant would pale in importance when the disciples saw Jesus ascend into heaven. He then went so far as to say that the flesh—which to that point he had been stressing the importance of—counted for nothing, but that the Spirit gave life (63). Jesus said the words he had spoken to them were full of Spirit and life. His disciples were to live in the tension that his flesh and blood were real food and drink (55), but/and the Spirit gives life while the flesh counts for nothing (63). We hold on to this tension every time we celebrate with Jesus the eucharist in bread and wine, and Jesus’ real presence in, with and under the elements.

This paradox of flesh and spirit was too much for many of the disciples. Peter’s shining moment in Scripture was to acknowledge that, even though what the Lord said was difficult and confusing, Jesus has “the words of eternal life” (68). May we be like Peter as we cling to Jesus’ words of eternal life, even as we struggle to understand them and put them into practice. And may we be like Solomon as we pray that God’s Spirit will uphold the life and dignity of the accused, the foreigner, the economically oppressed, the soldier and the whole beloved community.