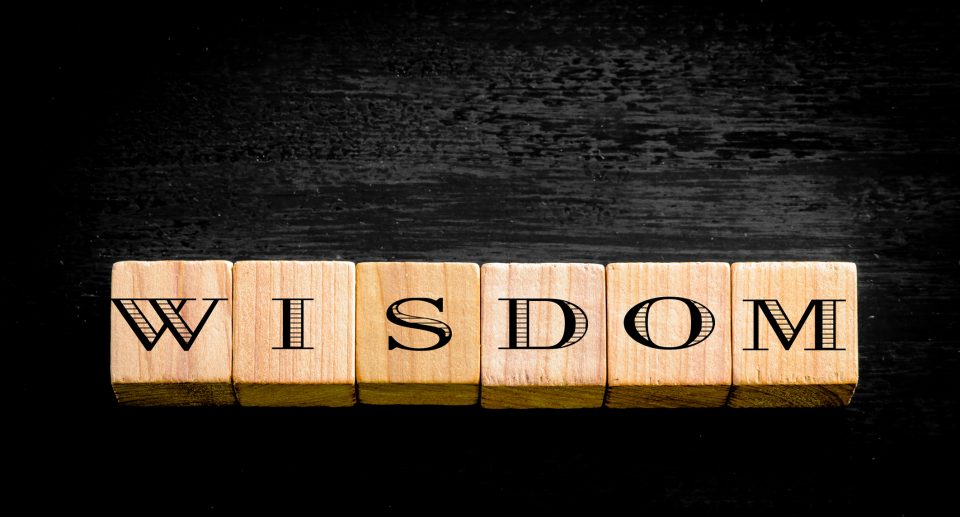 Real wisdom is displayed not in being coldly intelligent but in acting out loving righteousness. This week the lectionary strings together passages that help us contextualize the performance of true wisdom in the kingdom of heaven. All the passages point to the necessity for us to move beyond merely accumulating wisdom, and for us to act with wise, sacrificial love on behalf of the weak, with whom Jesus stands in solidarity.

The passage from Mark 9 tells the story of Jesus once again seeking to avoid crowds so he could be alone with his chosen disciples (30). He told them that he would be handed over and killed, but that he would be raised on the third day. Mark’s Gospel is explicit in pointing out that the disciples didn’t understand that Jesus was describing how he would lay down his life to defeat the powers of sin and death.

As if to underscore their lack of understanding of his self-sacrificial love, Jesus asked the disciples what they were arguing about as they walked on the Galilean road. The disciples were too embarrassed to admit that they had been arguing about who was the greatest among them! Seeking to dramatically overthrow this kind of thinking among his followers, Jesus told them that whoever wants to be first must be last and the greatest must be the servant of all. Jesus had no patience for those who sought to be great, powerful or famous. If anyone self-aggrandizes, you can be sure they aren’t acting in a Christlike manner in that moment.

Seeking to further emphasize the point, Jesus placed a baby (παιδίον usually means an especially young child or a baby) among the disciples. When no one picked up the baby, he took the infant in his arms again (36) and said that whoever welcomes a child welcomes Jesus, and indeed, welcomes God! If we are too self-important, or too committed to “greatness” to care for any and all little children, Jesus is very clear in saying that we don’t welcome him or God. For the follower of Jesus, “there’s no such thing as other people’s children.” If we want to welcome Jesus, we must love and welcome each child as our own. That’s the plain text of Scripture.

Jesus sought relative isolation from the huge crowd so he could teach his disciples. When they didn’t understand what he was saying, he gave an object lesson in what it means to be a disciple of Jesus. The wise Christian doesn’t seek to be great or fight over greatness. Rather, one who has heard and obeyed Jesus’ teaching seeks to be the servant of all and to welcome those who are the very weakest.

James, the brother of Jesus, understood this message well. He advised that whoever had wisdom and understanding would demonstrate it by living a good life and performing actions in wise humility (James 3:13). The opposite of wisdom, the leader of the Jerusalem church noted, was bitter envy and selfish ambition. James also couldn’t stand it when people worried about being the greatest. He warned: “For where there is envy and selfish ambition, there will also be disorder and wickedness of every kind” (16). True wisdom is submissive, considerate, impartial, sincere and full of good fruit (17)!

The praiseworthiness of demonstrating true wisdom through loving action on behalf of those in need is described throughout Scripture. The book of Psalms opens by blessing the one who shuns evil and mockery. Gossip and mockery may not seem too bad to us, but the rabbis held that those who mock are guilty as if they had killed three people: themselves, their hearer(s) and the one spoken about (BT Arakhin 15b, see also Matthew 5:22). The one who meditates on God’s law doesn’t just sit and study in isolation but yields good fruit as if a well-watered tree (Psalms 1:3). True biblical wisdom is not just about knowing things, but performing wise, loving action.

The psalmist’s concepts of rewards and punishment for such wise action and evil occurs within the scale of eternity. To be sure, those who do evil, mock others and seek to make themselves great are frequently rewarded with power and riches in this life. But when the time comes for judgment, only those who performed loving actions in accordance with wisdom will stand through judgment in the assembly of the righteous (Psalms 1:5, Matthew 25:31-46). Jesus is mighty and merciful to save, to be sure. And Scripture repeatedly commands us to live a life that testifies to Jesus’ lordship—to actually try and do what he says!

If we would follow Jesus, we have to give up on a craven quest for power and greatness. But that is only the first step. We must extend ourselves on behalf of those with less power than us. Loving the weak is wisdom. Acting in humility and mercy is wisdom. Producing good fruit is wisdom.

We believe that God saves through the salvific work of Jesus and that we don’t merit our own salvation. The corpus of Scripture commands us, however, to respond to God’s grace by living our lives on earth in submission to God’s design for humans: wise, sacrificial love.

Memories worth every pedal

Lectionary blog: Gaining the world and losing your soul