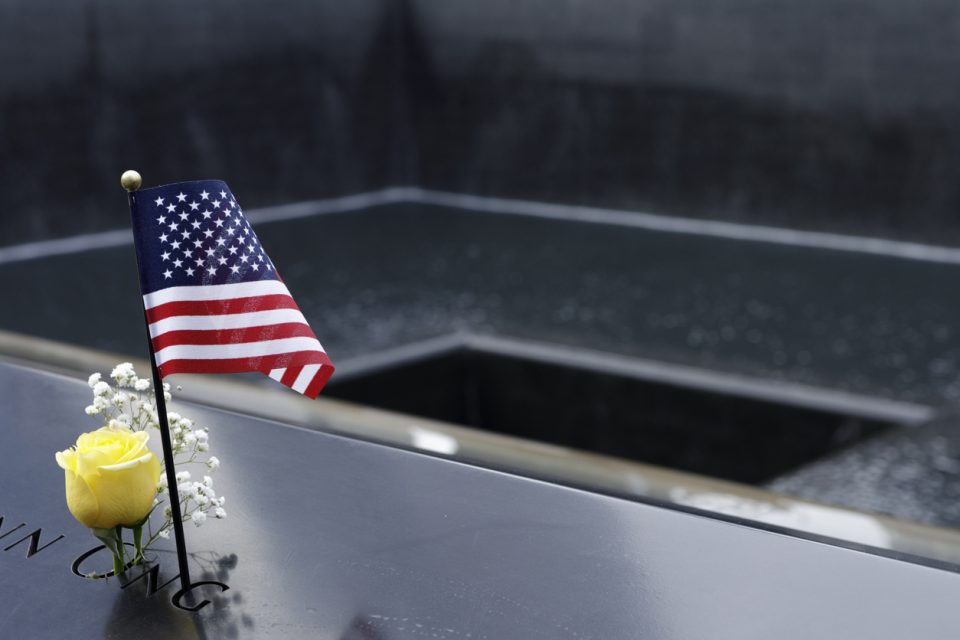 Editor’s note: Stephen Bouman was bishop of the ELCA Metropolitan New York Synod at the time of the terror attacks on Sept. 11, 2001.

On Sept. 11, 2001, we in the Metropolitan New York Synod office watched in horror from our 16th-floor windows as the Twin Towers lit up, then fell into a cloud of smoke and ash.

Later I went to the chapel of the Interchurch Center in Morningside Heights, Manhattan, where I faced hundreds gathered to pray. For the previous hour we’d done the same as millions of people throughout the metropolis tried to track down loved ones in Lower Manhattan. The chapel was filled with worried people. As our prayer, I asked people to name the folks on their hearts and in their concern.

One of our chaplains had anointed with oil firefighters rushing into one of the towers, a cruciform reminder of our baptism. There was a sense among our staff that we were baptized for this crisis, that our calls to ministry mattered. Those descending the towers noted the glistening foreheads rushing past them to rescue, a Jacob’s ladder with angels ascending and descending. Vocations came into view. Our hearts were broken, but they were broken open.

Pastors and leaders who were familiar presences in their local firehouses became agents of healing and hope for beleaguered and grieving firefighters after the attacks.

Salam Arabic Lutheran Church in Brooklyn was involved in organizing community response to violence between Jewish and Arab kids before 9-11. After the attacks, many in the Arab community dropped their children off at Salam, a haven for people who feared a backlash against themselves. Salam became instrumental in growing interfaith communal solidarity in the days after the attacks. Pastors and leaders who were familiar presences in their local firehouses became agents of healing and hope for beleaguered and grieving firefighters after the attacks.

Twenty years later we still depend on essential workers—in medicine, ministry, leadership and more—to see us through our present Ground Zeros.

Lutherans responded to the tragedy as one family. David Benke, president of the Atlantic District, Lutheran Church–Missouri Synod, and I formed Lutheran Disaster Response New York after visiting Ground Zero with other denominational leaders and praying with hundreds of pastors and lay members at Holy Trinity Lutheran Church on Central Park West.

In spring 2002, on the weekend after Easter, bishops and pastors from every ELCA synod gathered on Saturday night to pray at Madison Avenue Presbyterian Church and fanned out on Sunday morning to preach in most of the Metropolitan New York Synod’s 225 congregations. Lutherans in the United States and around the world donated $20 million to the continuing disaster response in New York.

Twenty years later, the pan-Lutheran community is deeply divided, and our only common spaces for mission are Lutheran Immigration and Refugee Service and Lutheran Services in America. Let us guard those sacred spaces.

How many people around the globe—in Syria, Haiti, Ethiopia, South Sudan, Honduras, El Salvador and beyond— live with post-traumatic stress?

Yet grief must be spoken again and again, and stories must be told, for us to heal.

Twenty years ago, I performed a memorial service for a firefighter, and then they found his jaw. Day after day we heard of the 47 children in our schools who had lost parents in the World Trade Center attacks.

Our lamentations reveal not the isolation and depression of wounded entitlement or private grief but the community at the foot of the cross moving outward in solidarity toward the sorrow of the world God loves.

The horror continued to emerge, giving weight to the book of Joel: “What the swarming locust left, the hopping locust has eaten.”

Pastors encouraged and heard the stories. As synod bishop, I visited every conference and spoke one on one with every ELCA pastor, asking only one question: “How’s your soul?” After many firefighter funerals and memorials I understood how powerfully that community ritualizes its losses. Memorials for the flight crews and for those in the banking community who died in the towers revealed how much they were repressing their stories, like sheep without a shepherd.

We cannot move from objects to subjects of our own history until we can own our grief and tell our stories―again and again. There is wisdom in Elisha’s question to the widow: “What shall I do for you? Tell me, what do you have in the house?”

For me, Sept. 11 will always be a day of lamentation.

“Lamentations is an act of resistance,” wrote Old Testament scholar Kathleen O’Connor. “It teaches us to lament and to become agents in our relationship with God, even if our fidelity only takes the form of telling God and one another our truth … . Lamentations crushes false images, smashes syrupy pictures, destroys narrow theologies. It pours cold water upon theologies of a God who prospers us in all things, on a God who cares only about us, on a God who blesses our nation and punishes our enemies, as if we were God’s only people.”

Our lamentations reveal not the isolation and depression of wounded entitlement or private grief but the community at the foot of the cross moving outward in solidarity toward the sorrow of the world God loves.

Looking back 20 years and looking forward, I’m reminded of what Peter De Vries, in his novel The Blood of the Lamb, calls “the recognition of how long, how very long, is the mourners’ bench upon which we sit, arms linked in undiluted friendship―all of us, brief links ourselves, in the eternal pity.”

I am more convinced than ever that a church in mission that turns its face―the collective face of Jesus―toward the poor, the stranger among us and those hungry for a story and a vocation will always be a church in renewal.