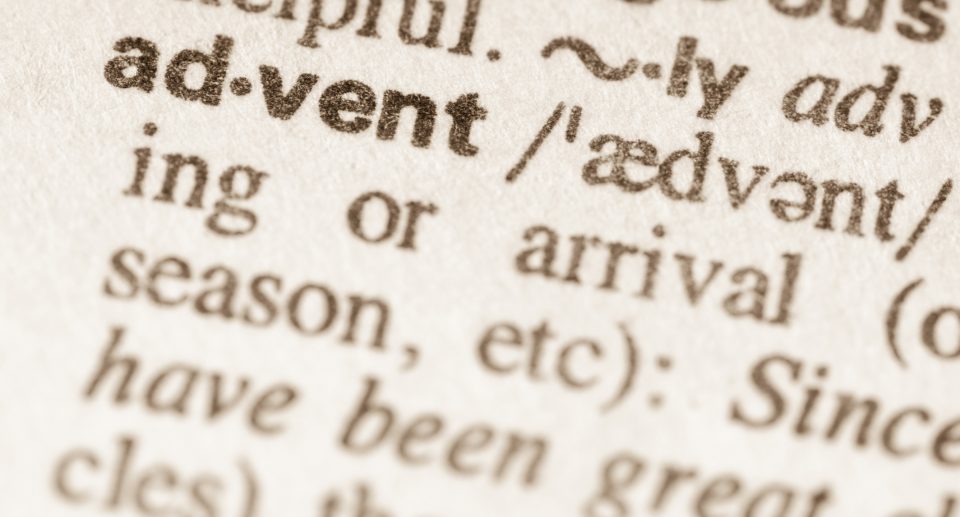 Advent is the start of the liturgical year, but in many ways, it feels like anything but the beginning. We look forward to Christmas. At least in the States, you are between Thanksgiving on the one side, and Christmas and New Years on the other. Winter has already begun, and students are in the middle of the school year. Advent is a strange time to say, “This is the beginning.” But this sense of beginning in the middle isn’t alien to Scripture. In this week’s readings, we start right in the middle of God’s story, even as the passages point to a new beginning.

The Luke passage addresses the end of the age in which Jesus’ original disciples were living. By the time the Gospel had been written and first read, most hearers were convinced that Jesus was talking about the fall of Jerusalem and the temple to the Roman legions. In the millennia since, interpreters have posited that there might be some other coming end in addition to the Roman desecration of the temple and violence against Jews. Be that as it may, Jesus’ hearers, and Luke’s readers, knew that they were both stuck in the middle of something and at a new beginning.

The hearers and readers knew that the kingdom of heaven was moving and spreading as never before, and that the church was growing because of Jesus’ death and resurrection. But at the same time, Jesus warned his people to not let their hearts be weighed down by the worries of this life (Luke 21:34) because they were still, very much, in the midst of life. Rome would continue fighting wars against Jews until Jerusalem was demolished. Temples were being built to other gods. And, if the epistles tell us anything, life in the church was frequently contentious and never far from controversy. Hostile powers, culture and religious wars, and brutal strife all sound fairly familiar.

Advent is a strange time to say, “This is the beginning.” But this sense of beginning in the middle isn’t alien to Scripture.

Almost 2,000 years later, we are still in the midst of this life. There is ample distress among the nations, and I’ve often felt like fainting from fear and foreboding of what is coming to the world (Luke 21:25-26). Who could have imagined the impact of a pandemic with millions dead around the world (aside from epidemiologists whose job it is to imagine and prepare for just that!)? But just as Jesus was born into a confusing and dangerous political situation with an occupying foreign power, an imposter-king, and rising poverty and landlessness (See David Fiensy’s The Social History of Palestine in the Herodian Period: The Land is Mine), so he must be born again in us in confusing and dangerous times.

When God spoke through the prophet Jeremiah that a shoot would spring up from the cut-down root of Jesse’s tree, things looked bleak. The Northern Kingdom of Israel had been destroyed and exiled over a hundred years earlier. The Southern Kingdom faced imminent exile and possible destruction. It was during this insecurity and fear that God spoke, saying, in effect, that this middle that you thought was an end is really leading to a new beginning.

Jesus didn’t come neatly at the beginning of human history. Nor does he only come at the end. He came to proclaim that “God is with us” right where we are, right in the midst of all the difficulties, uncertainty, danger, intrigue and woe. Advent is not supposed to be a time of joy, but a time of introspection and purposeful waiting and preparing for the coming of the one who will lead us in justice and righteousness.