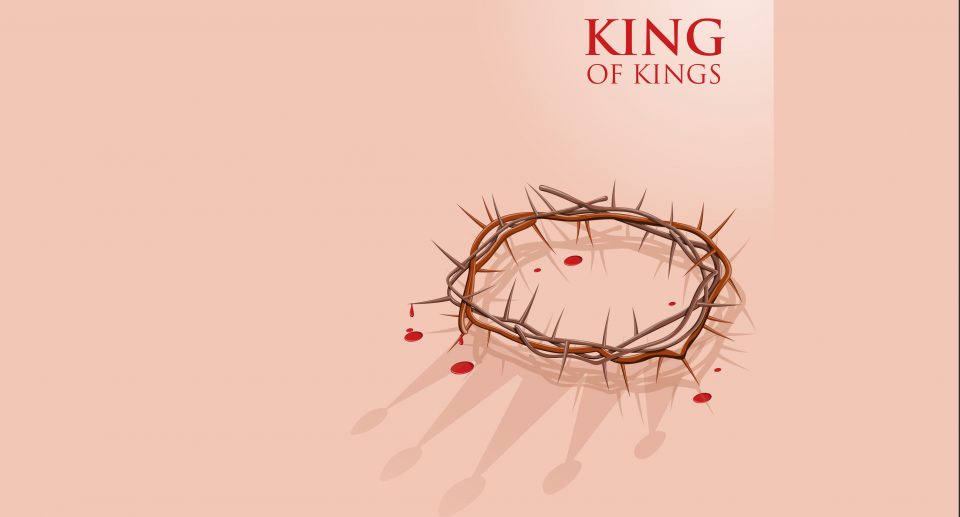 Jesus’ kingdom is not from this world (John 18:36) but, at the same time, it is already present (Matthew 3:2, 4:17). We must keep these two truths in front of us, both this week and always. Jesus is a king of the coming kingdom, but it’s not like early kingdoms.

Christians must not fight or wage war as other kingdoms and powers do, even if it would have saved Jesus’ life (John 18:36). If his followers weren’t to take up arms to save him, how much more, then, should Christians never fight because of rage, hate, malice or fear?

Recently I saw a bumper sticker that says: “If Jesus had a gun, he would still be alive.” I disagree with the sentiment on two accounts. First, I base my life and confidence on the belief that Jesus is alive. Second, Jesus had at his disposal legions of angels who certainly could have saved him from intentionally cruel murder by the Romans. Surely Gabriel and Michael are more powerful than a little piece of metal hurled down a tube by a relatively small explosion. No, Jesus chose to surrender himself to the power of the Roman Empire, and before that to a hastily and incompletely assembled Sanhedrin, in order to free humans from sin and death.

Christ’s reign is not, and cannot be, about power over others. His kingdom is not from this world, to be sure. But the kingdom of heaven is being made more and more manifest in this world when we obey his commandments to love God and love our neighbor.

Permit me a story: I’ve been reading about Eleanor of Aquitaine and her relationships with kings and crusaders. She was the queen of France, then later of England, while holding her own duchy of Aquitaine. She also arranged advantageous marriages for her children to strengthen their positions in society. I tend to think that Eleanor was doing the best she could in the context into which she was born. But that context was one in which Christian rulers sought to broaden their power and riches by using a veneer of Christianity, the church and fear of outsiders to do it. The crusades were a valuable unifying force that allowed Christian European monarchs to form alliances and expand their power in the name of defending and expanding Christendom. This use of cultural Christianity to build up individuals’ power and wealth is the exact opposite of the reign of Christ.

His kingdom is not from this world, to be sure. But the kingdom of heaven is being made more and more manifest in this world when we obey his commandments to love God and love our neighbor.

As King David said: “The God of Israel has spoken, the Rock of Israel has said to me: One who rules over people justly, ruling in the fear of God, is like the light of morning, like the sun rising on a cloudless morning, gleaming from the rain on the grassy land” (2 Samuel 23:3-4). When rulers actually follow Jesus’ example, acting with justice in the fear of God, it’s as if a new dawn has broken. Jesus is exactly this sort of king. He doesn’t seek power or authority for himself, but only to spread—slowly in the Gospel of Mark—the good news that captives will be set free, people will be healed, and God’s righteousness and grace will become more and more recognizable.

When we observe Christ the King Sunday, we celebrate the kingship of a baby born in a stable, who crossed provincial boundaries to escape the fury of local rulers. When he grew up, he wandered around without a home (Matthew 8:20), ate with religious leaders and the people they rejected, and was killed by one of the “greatest” empires ever. Jesus would hardly measure up as a great human leader. Our king died naked and disgraced, accompanied only by the women who loved him and maybe the very youngest of his followers. But he rose again in glory and is working to advance his kingdom.

Ultimately, every knee will bow and every tongue confess that Jesus is lord. Right now, the kingdom is at hand and being expanded by those who work justice, love their neighbor and love God.