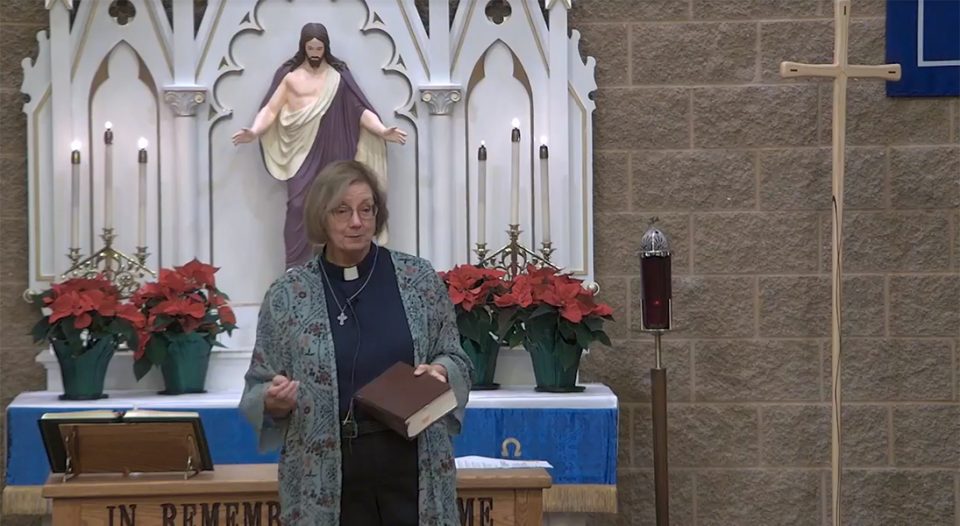 Shepherd of the Hill Lutheran Church

For many, the Christmas season is one of jubilation. Of friends and family. Of celebrating the birth of a baby in a manger who would change lives forever.

For some, however, the season comes with hurt, grief and darkness. The “Blue Christmas” service, held by many ELCA and other congregations, was created with those people in mind.

“Perhaps it’s the first time you are celebrating the holiday without your loved one who recently died or [you] are experiencing the heartache of a broken relationship,” said Wynemah Hinlicky, pastor of St. Thomas Lutheran Church in Palmetto Bay, Fla. “Maybe you’ve lost a job, moved from a familiar community, received bad news regarding your health or will be separated from someone special.

“There’s no denying it. This time of the year can be painful.”

“There’s no denying it. This time of the year can be painful.”

Hinlicky has held an annual Blue Christmas service at St. Thomas since arriving there in 2019, but the idea stretches back many years and across many denominations. Sometimes referred to as the “Longest Night” service because it roughly coincides with the winter solstice, the service traditionally offers a time for prayer and meditation and gives worshipers an opportunity to come together in grief.

“A Blue Christmas service is designed to hold space for those who are hurting, so they need not suffer in silence or alone,” Hinlicky said.

That was the reason Mary Eide, pastor of Shepherd of the Hill Lutheran Church in Elk Mound, Wis., brought the Blue Christmas service to her congregation. Eide explained that she was introduced to the idea during her first pastoral calling at another congregation and began to understand why the gathering was a gift for many people.

“A Blue Christmas service gives space and a place to name the difficult realities that so many people experience at a time of year when society imposes an expectation of laughter and joy-filled family gatherings,” said Eide. “At the same time, it grounds us in the message of divine hope proclaimed through the birth of our savior.”

The meaning of the service also became personal for Eide.

“Eventually it dawned on me how much I needed to have permission to name the hard and sad emotions and memories that surface during the shortened days which accompany the month of December and the Christmas season.”

“The Blue Christmas service allows us to sense a connection to the world Mary and Joseph brought Jesus into, and why Jesus was needed then and now.”

That’s the message both Eide and Hinlicky have tried to share with as many people as possible during the Blue Christmas services, especially this year. Shepherd of the Hills’ service was streamed live on the church’s Facebook page on Dec. 1 and will be accessible throughout the season.

In promoting this year’s service, Hinlicky stressed that no one needs to struggle alone and observed the need for such a gathering now, as many parts of the world continue to struggle with COVID-19.

”This service is a ministry of comfort and hope offered in the name of Jesus Christ, the light of the world,” Hinlicky said. “This year, in particular, we continue to grieve the effects of a global pandemic and the many losses associated with it.”

Eide pointed out that, though Blue Christmas services have traditionally been aimed at people who are suffering in a variety of ways, these services align with the traditional message of the Advent season.

“The Blue Christmas service allows us to sense a connection to the world Mary and Joseph brought Jesus into, and why Jesus was needed then and now,” she said. “Hope. He was the light that broke through the darkness, and that light is still with us.”

When Advent and Christmas are blue