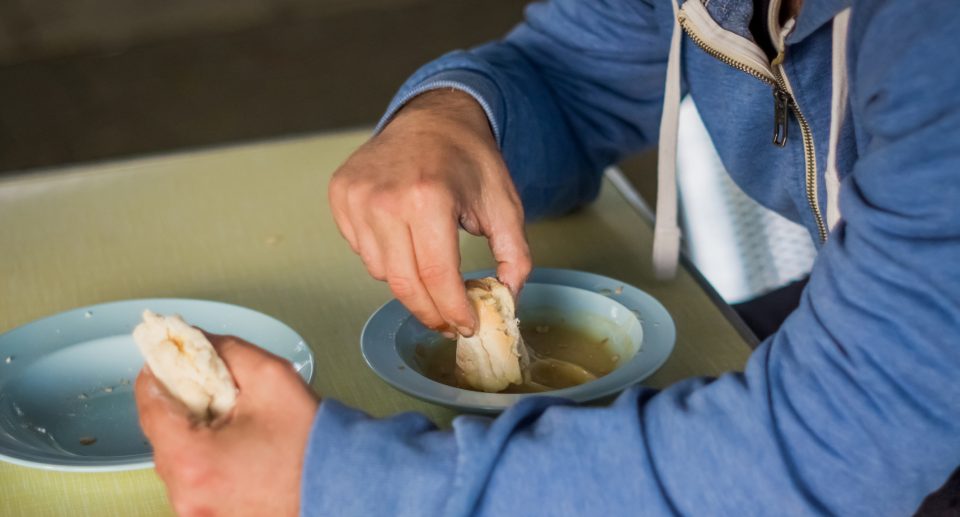 Many biblical scholars throughout history have been embarrassed by the anthropomorphization of God in the Bible. They reasoned that God, who is a spirit, can’t have a body like we have. For them, passages that talk about God’s back (Exodus 33:23), nostrils (Exodus 15:8), feet (1 Chronicles 28:2) and arms (Isaiah 59:1) must be metaphor and poetry.

Rabbi Abraham Joshua Heschel addressed this issue in a different way. In The Prophets, Heschel explained that these passages about God’s “body” are invitations to “theomorphize” ourselves. That is, when God’s arm is mighty to save, we see that the true purpose of an arm, as part of a human created in God’s image, is to try to work out the redemption of our neighbors. An arm isn’t defined by a humerus, radius and ulna covered in muscles and skin. Instead, an arm like God’s is any physical thing that works actions of salvation in the world. The passages from this fourth week of Advent prophetically address the actions that God will take, and that we can emulate our Lord Jesus in doing.

Mary’s song, the Magnificat, is my favorite passage in all of Scripture. She proclaims: “[God] has shown strength with his arm; he has scattered the proud in the thoughts of their hearts. He has brought down the powerful from their thrones, and lifted up the lowly; he has filled the hungry with good things, and sent the rich away empty” (Luke 1:51-53). This is what the strength of God’s arm accomplishes: to confuse the prideful, to bring down the powerful, to elevate the meek, to feed the hungry and to dismiss the rich.

Micah offers a similar vision in which the coming King of Israel, who is both born in Bethlehem and from ancient days, will “stand and feed his flock in the strength of the Lord” (5:4). God’s strength is demonstrated in special attention to the lowly and feeding of the poor.

Notice what God’s strong arm doesn’t accomplish in these passages. God brings tyrants down from thrones, but revolution is not in view. The throne itself is not removed. Mary didn’t sing of the removal of the crushing occupation of the Roman Empire, but of a God who takes special interest in the poor and humble, elevating them, while displacing the prideful and abusive wealthy. The Micah passage is sandwiched between descriptions about how the Assyrians will strike the Lord’s anointed with a rod, and a brutal occupation that reduced the people of Jacob to only a remnant. It’s in the middle of horrible situations that God shows up to demand and perform justice.

In the time of Mary and Micah, horrible subjugation and violence raged. And when God stepped into the middle of it, the strength of God’s arm wasn’t bent primarily to political revolution but to feeding the poor, paying attention to the humble and confusing the proud.

If we seek to do what is pleasing to God, we would do well to start right here. Let our attention to the lives and needs of the poor and humble take a much greater percentage of our mental bandwidth. Every community has folks who aren’t impressive socially, who are neglected or actively shunned. These are the people who God devotes special attention to—and we should too.

God uses God’s strength to feed God’s people. Can we, as God’s people, do any less? Doing these two acts—valuing those forsaken by society and exerting strength to provide for the poor—will certainly confuse the prideful as we witness by our actions against the value of societal acclaim. Ultimately, if we orient ourselves to what God is doing for the outcast, the marginal and the poor, those in power who don’t do the same will be brought down, and wealth will stop flowing to the abusive rich.

In this time of year in which we ponder Jesus’ incarnation and what it means for the Word to be made flesh, let us reflect on the words of the prophets Micah and Mary, who tell us what it means for a human to fulfill God’s will. Whatever else, if we are paying attention to the humble, feeding the poor and confusing the prideful, we will please God and have a companion in Jesus, who did the same.

Lectionary blog: A gift for God?