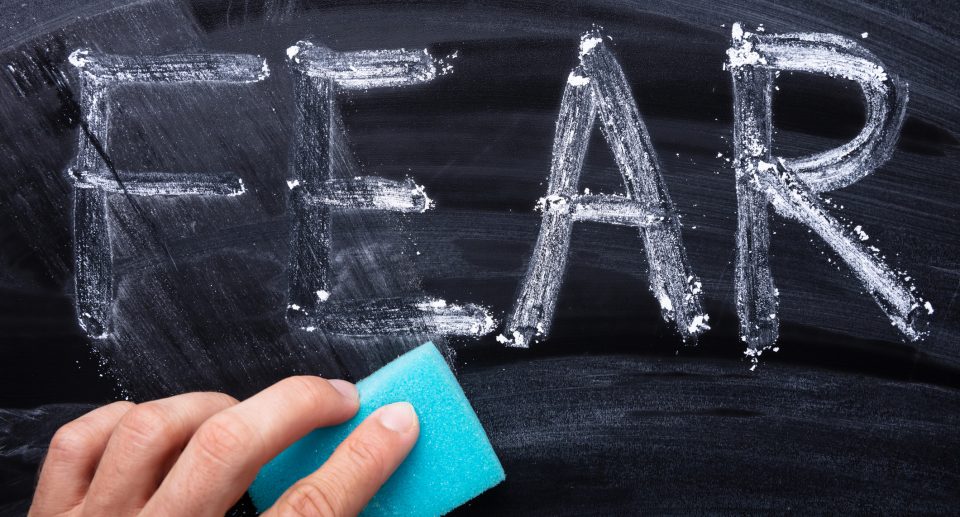 How often do we find ourselves afraid to get out of a bad system or situation because we don’t know what’s on the other side? Have you ever stayed in a job that was crushing you or demanding unhealthy amounts of your time? Work isn’t always fun—that’s why they have to pay us to do it! But it also shouldn’t be injurious to ourselves or others. Yet sometimes we are just too scared to leave or witness against a toxic entity. This week’s passages work together seamlessly to point out that we need not fear or worry in any situation because God is among us. Zephaniah proclaims:

Because the Lord is in the midst of the people, the enemies have been turned away and the people are to stop fearing disaster. Isaiah goes further to assert: “Surely God is my salvation; I will trust, and will not be afraid, for the Lord God is my strength and my might; he has become my salvation” (12:2). Because God is salvation, the prophet will not fear. Finally, Philippians simply says: “Do not worry about anything, but in everything by prayer and supplication with thanksgiving let your requests be made known to God” (4:6). The passages all work together to point out that, with God among us, we need not be afraid.

It’s this awareness that we don’t need to be afraid that I want to bring back to this second week of considering John the Baptizer’s ministry. I always think of the people who came to be baptized by John as a brood of vipers. That’s probably correct on some level, yet they still chose to come and be baptized for repentance. I think they are no worse, and no better, than any of us who need to repent of the ways that we’ve injured each other and defamed God through our actions and inactions. We were all a brood of vipers who needed to be—and only could be—saved by God’s intervention and coming into our midst.

This week’s passages work together seamlessly to point out that we need not fear or worry in any situation because God is among us.

I want to recognize the courage of those who went from Herod’s Jerusalem and the surrounding areas into the wilderness to hear what a guy who ate bugs and wore hair suits was saying about repenting. In particular, the Jewish soldiers (Luke 3:14), many of whom went through ritual immersion regularly if they worked in or around the Jewish temple in Jerusalem—made a strange choice to the casual observer. They went to be baptized in a not-that-impressive river (2 Kings 5:10-12), not in the beautiful pools around the temple. The tax collectors (Luke 3:12), who ultimately worked for Herod and, in turn, for the Romans, risked a great deal by going to hear a man who criticized their boss and told them they shouldn’t use their governmental power to hurt people, even when it was their right to do so.

These two groups were complicit in the Roman occupation of the Holy Land. The tax collectors extracted wealth from a conquered people to give it to their Roman occupiers. The soldiers’ main job was to protect Rome’s Idumean (ethnically non-Jewish) puppet ruler, Herod; the Roman-appointed-and-deposed high priest, Annas; and his Roman-appointed son-in-law, Caiaphas. It’s difficult to convey how serious the danger the soldiers and tax collectors faced when they went to the Jordan River to hear John, be baptized by him and then ask what they should do.

It’s important to remember that John wasn’t the only one out in the desert side of the Judean highlands. The Essenes were a community of Jews who advocated leaving Jerusalem and the temple cult because it was hopelessly corrupted by collaborationists with the empire. They saw themselves as sons of light who resisted and would one day fight against the sons of darkness (i.e., the soldiers, tax collectors, priests and rulers who supported the Roman occupation). They lived all around the areas where John preached. Therefore, the soldiers and tax collectors were going into the territory of people who wanted them dead. They didn’t know at all what John would say to them, only knowing that they felt convicted that something was wrong and wanted it to be right. The soldiers and tax collectors showed an amazing lack of fear in walking away from their relatively cushy jobs and lives to hear a voice in the wilderness.

But John didn’t tell them to stay, join his movement and give up on the collaborationist project. He sent them back to their jobs, to do them justly in a way that didn’t harm their fellow Jews. This would have been a powerful witness to their fellow soldiers and tax collectors—and an indictment from within of the abusive system. Following John’s instructions would have made the tax collectors and soldiers immediately poorer, and then, if they continued, would have endangered their lives. After all, Herod wasted no time arresting John right after this (Luke 3:19-20).

This all reminds me of the first few lines from one of my favorite poems by Wendell Berry, Mad Farmer in the City:

As my first blow against it, I would not stay.
As my second, I learned to live without it.
As my third, I went back one day and saw
that my departure had left a little hole
where some of its strength was flowing out .…

The soldiers and tax collectors walked out of the city and their abusive power roles. John taught them how to live without abusing other people. Then John sent them back. Their presence must have ripped some kind of hole in the empire where its strength started to leak out.

This Advent, as we prepare ourselves for the celebration of Jesus’ birth, let us look to John the Baptizer again for his fearless incitement to repentance of evil and abusive behavior. But let us also look to those who questioned their roles in an abusive system and bravely risked their lives to seek—and find—a better way to be faithful to the God who calls us all to live without fear.