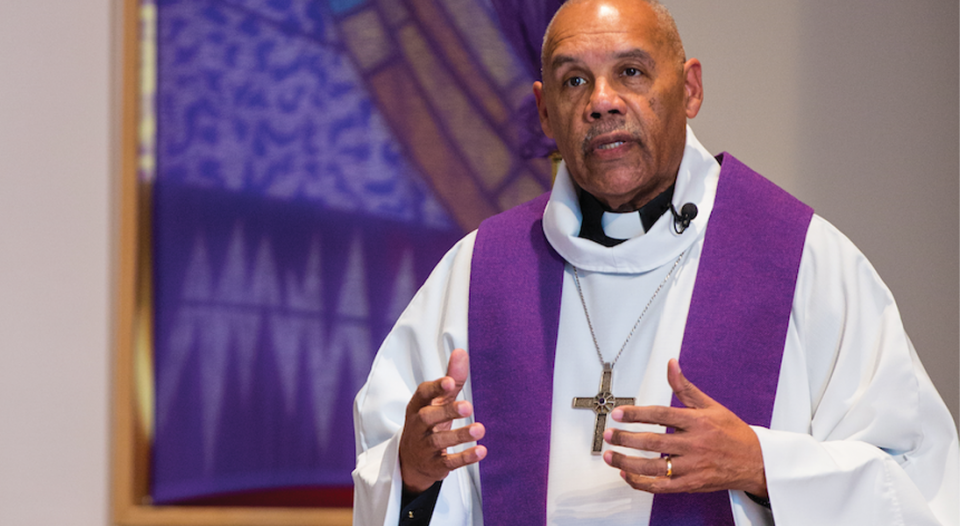 Series editor’s note: 2022 marks the 500th anniversary of the publication of Martin Luther’s translation of the New Testament from Greek into the language of the common German people. Next year, “Deeper understandings” will feature biblical scholars sharing some of their favorite books of the Bible. This new series will begin next month with Lydia Hernández-Marcial writing on the book of Ecclesiastes.
—Kathryn A. Kleinhans, dean of Trinity Lutheran Seminary at Capital University, Columbus, Ohio

After this I looked, and there was a great multitude that no one could count, from every nation, from all tribes and peoples and languages, standing before the throne and before the Lamb, robed in white, with palm branches in their hands (Revelation 7:9).

This verse from Revelation has always been my vision for the church, as it was for its author, John.

At its 2019 Churchwide Assembly in Milwaukee, the ELCA adopted the “Strategy Toward Authentic Diversity,” a report and recommendations on how the denomination exhibits authentic diversity and formulates goals for racial diversity and inclusion.

It was a joyous moment for those of us who served on the task force that developed the strategy.

It was a joyous moment for those of us who served on the task force that developed the strategy. As a co-convener of the group, I was blessed to present the document for adoption at the assembly, alongside Priscilla Paris-Austin, who, in 2016, had offered the original resolution calling for the development of such a strategy.

Its resounding adoption (855-13) was the fruit of nearly three years’ labor by 16 dedicated people of color who served the church in some capacity and represented the marginalized communities of the denomination from the ELCA’s nine regions. These folks brought a variety of gifts to the table—different cultural perspectives, tremendous theological insights and brilliant academic backgrounds. I’m honored to have served alongside them. The task force has evolved into an advisory team that consists of many of the original members.

Have we moved the needle?

The question that was put before me when invited to write this column was: “Do you think we’ve moved the needle as a church since the strategy was adopted in 2019?”

My frank and honest answer is no.

We continue to be a predominantly white denomination—the whitest denomination in the United States, according to the Pew Research Center. We have fallen far short of a goal that was set when the ELCA was first formed in 1988—that its membership include 10% people of color or whose primary language was other than English.

The “Strategy Toward Authentic Diversity” makes a commitment that, rather than using a percentage model,  the ELCA’s congregations will begin to reflect the communities where they are located. Every synod and every context are called to address this issue in the way that is most applicable to them, so it’s not a one-size-fits-all proposition. It will look different.

But such a commitment goes far beyond the congregations themselves. It must involve all three expressions of the church, as well as all its other institutions—above all the seminaries that form the church’s leaders.

The harshness of my negative response in this article must be tempered by the reality that change, particularly in the church, comes glacially slow. It has been a mere two years since the strategy was adopted, and, just as it was being disseminated and explained throughout the ELCA, the COVID-19 pandemic unleashed its relentless fury, demanding everyone’s immediate attention.

We are called to be different, to be transformational.

The pandemic is one additional layer on top of what sin and evil has done to our nation, our world and to the body of Christ. The news media remind us daily of the acts of racism and injustice perpetrated on people of color throughout the country. But, as the church, we can’t turn a blind eye as long as people are being singled out for the color of their skin, the accent with which they speak, their documentation status or the person they love.

The church is the presence of God in the midst of all that injustice. We are called to be different, to be transformational. And if we are to make any progress in moving that proverbial needle, there are challenges that must be addressed. The strategy makes concrete recommendations to address those challenges and begin the process of achieving diversity.

Those who worship regularly in our congregations, whether in person or electronically, are still, in large part, uninformed that such a strategy exists. Even if they are, they have little to no idea of its contents. Those of us who are informed bear a responsibility in communicating its existence on a wider scale.

“From every nation, from all tribes and peoples and languages” is the vision from which, and out of which, every church must live.

And God tells us, as God has told leaders, prophets and preachers in the past, that doing God’s will and carrying out God’s plan for the church aren’t easy. It will involve struggle and frustration. It will also challenge us to look to God for ongoing direction and encouragement. As people of faith, we trust in the promise that, even if we are reluctant or afraid, God in Jesus Christ promises to go with us.