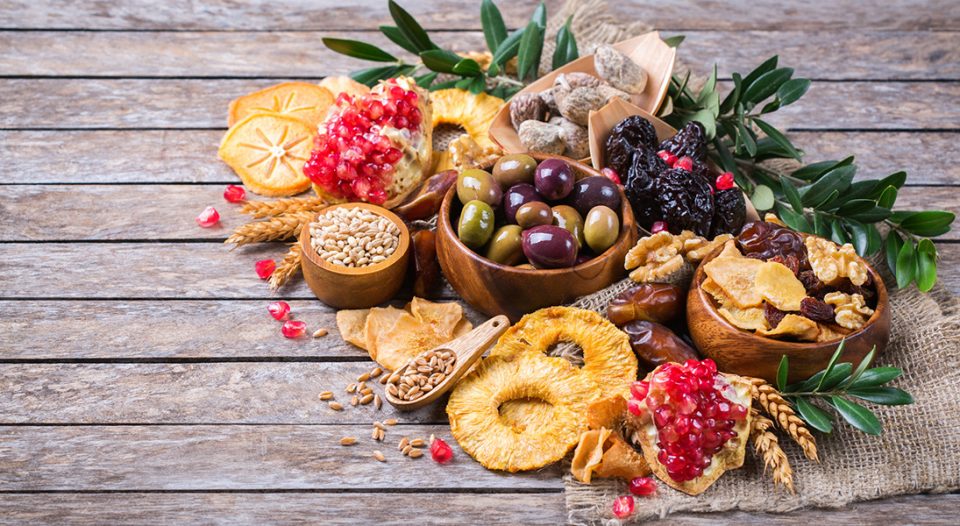 This week I’d like to focus on the lectionary reading from Deuteronomy. I think Jesus would support this choice. When the devil came to him in the wilderness, Jesus quoted Deuteronomy three times (8:3, 6:13, 6:16) to rebuff his temptation. And Jesus’ three favorite books to quote were Psalms, Deuteronomy and Isaiah. So, when we spend time reading Deuteronomy, we are becoming more like Jesus.

The passage from Deuteronomy details the process for bringing the first fruit offering to the temple in Jerusalem. Once a year some of the first fruits of seven species found in the Holy Land (wheat; barley; grapes; olives, as oil; pomegranates; figs; and dates, as mashed up “honey”—8:8) were to be brought to the temple. After the priest set the offered fruits beside the altar, two rituals were conducted.

The first was a ritual oath that all Israelites presenting first fruits would recite. The details are important. The one bringing the first fruits would declare that he had come to the land that God had promised (Deuteronomy 26:3). Even after hundreds of years and many generations of Israelites living there, they were to start their ritual oath by remembering that they weren’t indigenous to the land—God had brought them to it.

The next part of the oath is translated differently depending on how one understands the verb oved—either “a wandering Aramean was my father” or “an Aramean sought to kill my father” (26:5). In the first case, the Israelite was reminding himself that Abraham left both Ur and Haran before coming to the land God had provided. In the second interpretation, the Israelite was recalling the time that Jacob left the land and was abused and mistreated by Laban, his father-in-law. In both cases, recalling the perils of being a wandering foreigner seemed to have been the point.

Then, the one presenting the first fruits discussed how the Israelites went down to Egypt, were abused and enslaved there, and how God had freed them. The purpose of this oath was to ingrain in every land-owning Israelite that, no matter how long they and their ancestors had lived on the land, they had come to it as foreigners. Their ancestors knew what it was like to be mistreated because they were foreigners in other lands.

The oath portion of the ceremony ended with a none-too-subtle reminder of what God did to the Egyptians who mistreated the foreigner in their midst. The goal was to provoke empathy for the plight of the foreigners who lived in Israelite territory.

How can we take from our resources, present them to God and then share them with others? An important key in the first fruits practice is that the sharing must be reparative justice, not just charity.

After declaring the ritual oath, the fun part began. Not surprisingly, it centered on helping the landowners identify with and get to know foreigners living in their midst and those who didn’t have the same access to land wealth. After the first fruits were set by the altar, at least a portion of the produce was returned to the one who brought it so he could prepare a feast for foreigners and Levites (who were barred from accumulating land wealth, as noted in Deuteronomy 10:9). Foreigners, members of the holy guild and landowners were to share a meal at least once a year to get to know each other and to enjoy how God had provided for all of them. In other words, the yearly celebration of first fruits was designed to undo separations based on national origin and wealth inequality by means of an enjoyable meal.

How might we learn from and practice the spirit of this lovely meal? Please hear me—I don’t think Christians should be appropriating Jewish rituals. But it is worthwhile to ask how we in the dominant culture might decenter ourselves and take an honest look at how we came to our position and privilege. How did our ancestors come to this place? How did we come to own what we own? What did others experience during our ancestors’ times? Hopefully that appraisal of the past will provide empathy for others whose paths were more difficult, along with a desire to do justice on their behalf.

Then secondly, how can we take from our resources, present them to God and then share them with others? An important key in the first fruits practice is that the sharing must be reparative justice, not just charity. The meal was shared with folks who were blocked by structural issues from acquiring generational wealth and with those who were regarded as permanent outsiders because of ethnic nationalism. The landowner, the foreigner and the Levite all ate together as equals. God’s word recognizes the landowner’s duty to provide a shared meal for others, not because he was a bad person necessarily, but because he had privileges that others didn’t.

The congregation where I did my diaconal internship, Lutheran Church of the Redeemer in Atlanta, has a thriving outreach ministry that feeds and provides for hundreds of folks every week. The best part of this ministry is not folks serving food from behind a counter, reinforcing differences of socioeconomic status—it’s the people from different backgrounds coming together, sitting and eating and sharing life, meeting needs and undoing injustice. I think that is a lovely living out of the kind of justice and empathy that God has always called God’s people to practice.