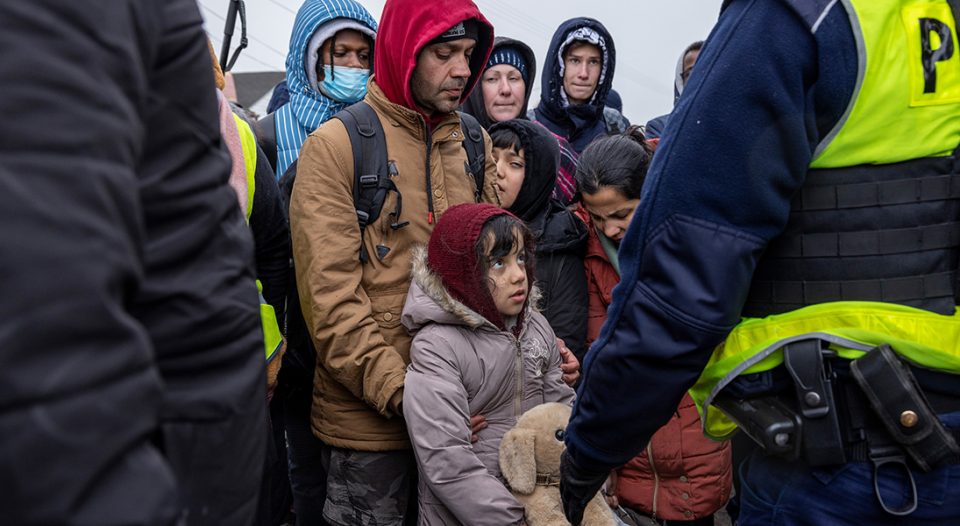 According to the United Nations High Commissioner for Refugees, Filippo Grandi, more than 2 million people are seeking refuge in neighboring countries, including Hungary, Poland, Slovakia, Romania and Moldova. There are major humanitarian concerns for both internally displaced people and refugees.

Russia has launched air strikes across Ukraine, including on the capital of Kyiv and other major cities. Airports are shut down, and few railway lines are operational. At least 636 civilians have been killed in the conflict to date, and damage to civilian infrastructure has left hundreds of thousands of people without water or electricity. Ukrainian men of military age (18-60) are forbidden to leave the country, so most of those fleeing the violence are women and children.

These churches are distributing basic necessities such as food, water and toiletries, as well as providing pastoral and psychological care.

These churches are distributing basic necessities such as food, water and toiletries, as well as providing pastoral and psychological care and assisting members of Roma communities and foreign nationals. Additional responses through partners in these countries and others in the region are expected in the coming weeks and months.

A grant to some of these companion churches through the LWF was approved March 9. This grant will allow LWF over a six-month period to establish a coordination structure to support member churches in the response. Through it, the LWF will strengthen the capacity of member churches to fulfill the immediate and long-term needs of refugees and internally displaced people, and to report back to partners effectively.

“Covenant of the smaller Lutheran churches in central and Eastern Europe, ecumenical and other partners has long been a regional priority for the ELCA,” said Elizabeth A. Eaton, presiding bishop of the ELCA, in a message. “In this time of crisis, we accompany our partners with concrete support for their humanitarian efforts through Lutheran Disaster Response.”

Eaton continued, “The ECLA is also accompanying those who are responding to the needs of foreign nationals who were in Ukraine when the fighting began and who are trying to cross the border to safety, as well as the partners who focused their ministry on providing holistic support for under-documented and undocumented individuals impacted by this violence in Ukraine.”

Gifts made toward LDR’s response are used in full to assist those impacted by the war in Ukraine.

An interfaith call to peace for Ukraine

A time for a reset