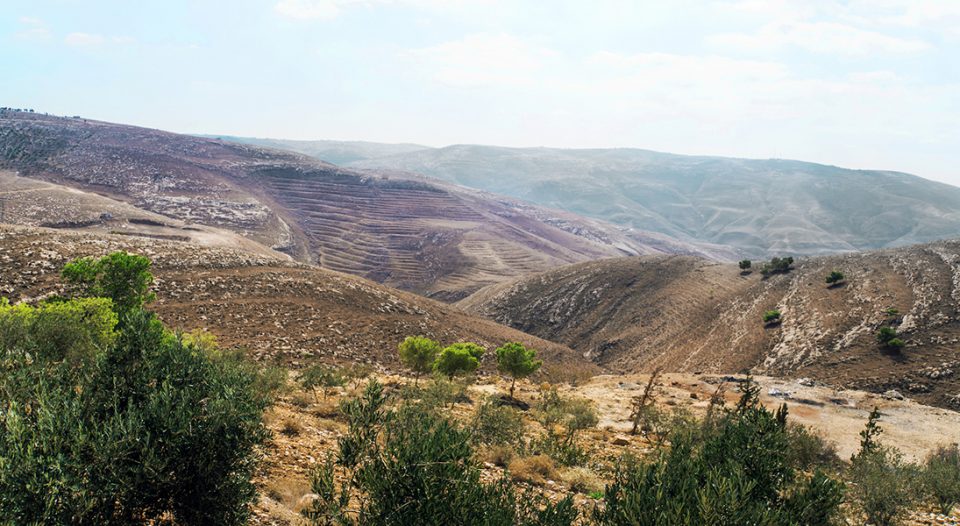 Lent is frequently thought of as a sort of wilderness period as we journey toward the crucifixion and the empty tomb. As Christians, we examine ourselves and prepare to continue living intentionally in light of Jesus’ journey from life to death to resurrected life. It’s no surprise, then, that Lent is frequently a time of journeys—from prayer walks and labyrinths to Stations of the Cross and even pilgrimages. These journeys can be formative and shape our understandings of God, the body of Christ and ourselves. In this week’s epistle reading, Paul urges the Corinthian Christians to learn from the Israelites’ wilderness journey in order to avoid their mistakes and share in their blessedness.

Immediately Paul describes how the Israelites, at the very beginning of their wilderness journey, never walked without God’s presence. God accompanied them in a pillar of cloud (and fire) so they could see God’s immanent presence among them daily (Exodus 13:21). Paul imagines that the Israelites and those who journeyed with them (Exodus 12:38) were baptized in the cloud and into the Sea of Reeds as they passed through them (1 Corinthians 10:2). God fed them the spiritual food of manna and gave them the spiritual drink of water from the rock.

Paul also relates an ancient understanding that connected two water-from-rock stories in the Old Testament. Ancient interpreters, long before Paul wrote to the Corinthians, understood that the rock that gave water in Exodus 17 was the same as in Numbers 20. In addition to it miraculously giving water, the rock also miraculously rolled along with the Israelites during their wilderness sojourns to continually give them water in the dry places. Paul’s innovation was that he saw this ongoing presence of life-giving water as the Messiah’s presence with the Israelites (1 Corinthians 10:4).

The good news is that the cloud of God’s presence didn’t leave the Israelites during their whole wilderness journey.

Paul wanted to make sure that the Corinthians recognized that God’s presence in the cloud, the repeated baptism by cloud and seawater, the provision of food and water, and even Jesus’ presence among the Israelites were a multitude of blessings for the wilderness community. But God’s presence also highlighted the dangers of sin during the journey.

To raise examples of the consequences for sinful behavior, Paul took a deep dive into Exodus, and even more so Numbers. He quoted Exodus 32 and the golden calf episode to reinforce to his formerly pagan Corinthian readers the dangers of idolatry. Paul mentioned the sin of the Baal of Peor in which, at Balaam’s advice, a confederation of leaders cynically encouraged Moabite and Midianite women to seduce Israelite men into sexual immorality that led to idolatry (Numbers 25; 31:16). In the resulting plague, 24,000 Israelites died (Numbers 25:9), and Paul adds the detail that 23,000 of them died in one day (1 Corinthians 10:8). He also raised the story of when the Israelites complained about a lack of bread and water (despite receiving manna and water from the rock!) and put God to the test. God sent fiery snakes to bite the people, many of whom died, until God told Moses to build a bronze serpent that people could look at and be healed (familiar to many readers from John 3:14).

Why did Paul teach these stories from wilderness wanderings to address the mostly gentile Corinthian Christians (1 Corinthians 12:2)? He didn’t want them to make the same mistakes. Even when God dwelt among God’s people and Jesus rolled after the camp, giving the water of life, sin had consequences.

Jesus makes the same point in this week’s Gospel reading (Luke 13:1-9). Having the living presence of God amid the Israelites didn’t make sin inconsequential or unimportant. The same is true for us, Paul and Jesus argue. We do well to learn from the Israelites and try to avoid their mistakes and punishments.

The good news is that the cloud of God’s presence didn’t leave the Israelites during their whole wilderness journey. God will never leave us or forsake us. And because of God’s presence, we must have the strength and wisdom to turn from sin and embrace the one who saves us.