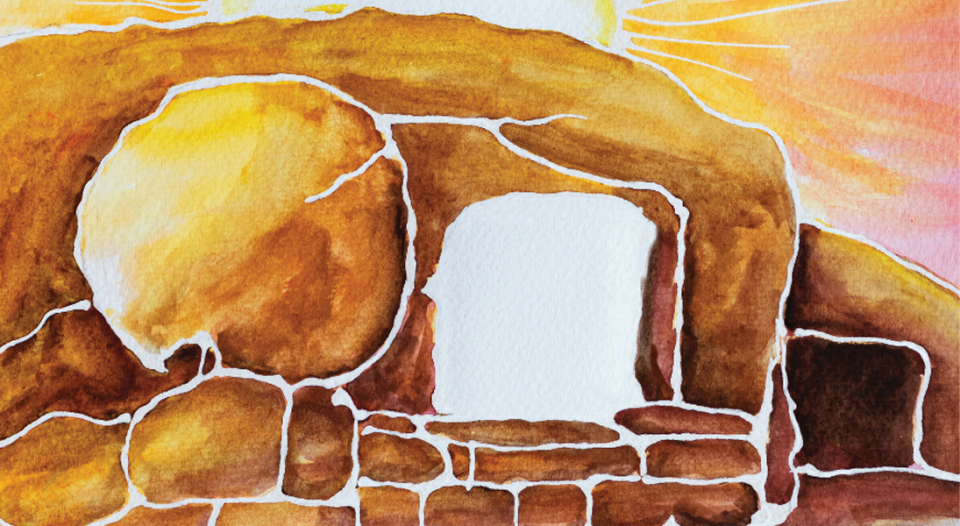 In the African-descent tradition, a funeral is a homegoing celebration to venerate our ancestors through libations and to reunite with ancestors in the past. After the interment, we usually gather (pre-COVID-19, at least) for a repast of fried chicken, potato salad, a dinner roll and green beans. The repast is the culmination of the grief shared with the decedent’s family members and friends.

The disciples were prepared to mourn on Easter morning but instead got reports that incited the most incredible joy. Today we are, as one pundit has suggested, disciples who have lived in a death-denying culture that erases the Easter message with bunnies, speeches and Easter-egg hunts. But we are confronted with the in-your-face reality of death: COVID-19 and alarming violence. And Easter today confronts us with the in-your-face reality of death that is countered in being alive in Christ.

Reorientation of a life

Being alive in Christ is depicted in Acts 10 in the reorientation of a life. Peter, future holder of the keys of God’s church, had witnessed the traumatic realities of death, which he tried to avoid by denying the one to whom he had pledged his life. Through encounters with a gentile Roman centurion named Cornelius, Peter dreams and realizes that the Easter message is found in not hoarding the keys to God’s chosen. Instead, God extended the invitation to that party, a party to which everyone is invited.

The Easter message for us is not to create another social statement or proclaim our commitment to a socioeconomic mission but to have hard conversations, just as Peter had regarding his own bias—his own racism—toward the “other.” It is to proclaim, as Peter did to Cornelius and his household, that “God shows no partiality” (Acts 10:34).

Easter today confronts us with the in-your-face reality of death that is countered in being alive in Christ.

Peter, in other words, had partied with the risen Christ. It wasn’t feasting at a funeral but fellowshipping over a new kind of reality. Now that feast, this new repast, would be extended to gentiles such as Cornelius. The Spirit fell on the household, and all were baptized (44-48).

When death is defeated, we experience a spiritual repast of letting go of our antiquated assumptions and making room to dispel the barriers between people and God. What happened that day wasn’t an end-of-life celebration but a beginning-of-life party!

We can celebrate this new repast in Christ, who has defeated both sin and death on the cross, and who, in the empty tomb, opens this pathway to eternal life to all people, regardless of their ethnicity or past. All who believe in him and respond to the good news with their lives have a secure future in a new creation.

That’s something to celebrate!

A survival guide for Lent

A meal of hope and dignity