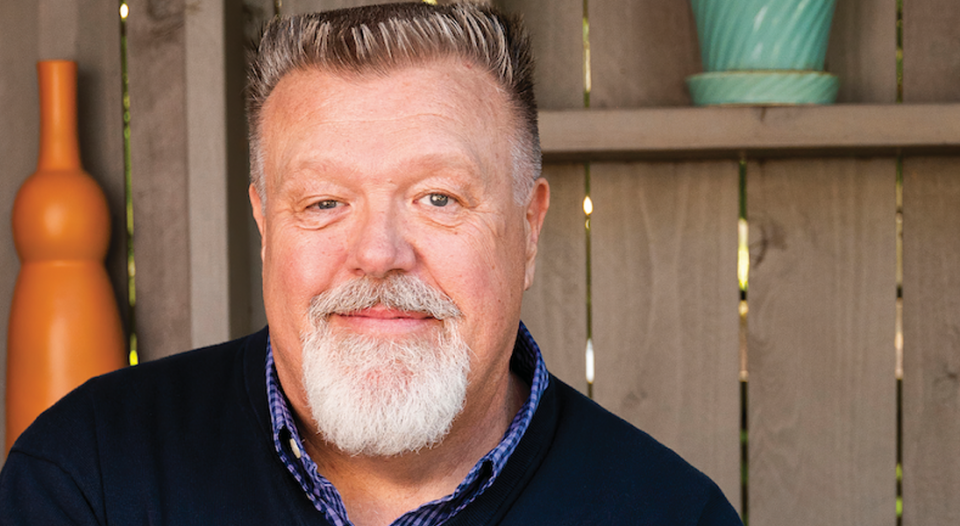 Actor.
A lifelong Lutheran, he currently isn’t a member of an individual congregation but continues to be affiliated with the ELCA.

When I was a little boy and we would visit my grandparents, I would sing hymns to them like “How Great Thou Art.” My cousins always thought it was great when I started singing because my aunts and uncles would give me change from their pockets for singing, and my parents each had 11 brothers and sisters, so it was a big family. My cousins and I would then walk to the candy store with all this change, buy candy, and then I’d share it all with them.

I went to college at the University of Minnesota–Duluth for the opera program. In my second year, the head of the theater department asked if I was going to audition for the summer musicals. I hadn’t thought about it, but he encouraged me. I ended up getting the lead in “South Pacific” and “A Funny Thing Happened on the Way to the Forum,” and I got nice supporting roles in “Arsenic and Old Lace” and in the world premiere of a Finnish play. By the end of the summer, I’d changed my major to musical theater.

I was asked to join a new acting company out of the Kennedy Center after being seen at an audition in Vermillion, S.D. I left college to go on their tour. When I came back, they asked me to go to New York to be in the main company—John Houseman’s The Acting Company. It started out of Juilliard in the late 1960s and still tours today. My fiancée, now wife, interviewed for the wig and wardrobe job and got it. Her mother told her she couldn’t get on a bus with me unless we were married, so we got married three months later before leaving for New York. We toured the United States from 1984-1987. This May, we will be married 38 years.

I went to the Philippines in 1996 to film a movie. It was a military picture, so I asked for a flattop haircut. When I came home, my agent told me to keep the hair and get a new picture. I’ve had this haircut ever since, and my wife cuts it. The haircut has been pretty good to me. I have a different look that stands out and has allowed me to play all kinds of parts.

My goal in moving to Los Angeles was to provide for my family as an actor. I didn’t come here to be famous or have a big house or fancy cars. I just wanted to make a living doing something I liked to do and to be able to take care of my family. It worked out all right.

I think grace is about trying to do the right thing, trying to be a good person—and doing that all with God’s help. Grace is an undeserved gift from God, and I think we can try to live up to it in a way. I don’t mean by doing good works but by being a good person and trying to meet each day with gratitude.

My parents were very faithful Lutherans. Church was a big part of their life, and they tried to make it a big part of ours—I believe it always will be. You go through ups and downs in life, but you have that foundation—that faith. We always have that, and that’s the gift, isn’t it?

Grace is an undeserved gift from God, and I think we can try to live up to it in a way.

I’m a Lutheran because my parents brought me up in the Lutheran church, and now it’s just part of who I am and who I’ll always be. It’s almost like part of my DNA, I guess you could say. There have been a couple of pastors in my life who have just captivated me by how they serve from their soul, how they carry themselves in life and how they make you feel when they speak to you. It’s really very powerful and has made lasting impressions.

I sang a lot in high school and participated in solo performance competitions. If you got a star rating at the regional level, you could go to the state level where people would adjudicate your performance. In all four years of high school, I was given star ratings in regional and state performances. During the last couple years of high school, my father took me to the University of Minnesota (Minneapolis) for voice lessons and I studied with an opera teacher there.

My earliest memory of church is with my family at Christmastime. There were six children in our family and my mom and dad. At the Christmas Eve service, we would all be gifted brown paper bags full of peanuts, hard candy, either an orange or an apple, and a box of Cracker Jack. When we got home, my dad would dump all the peanuts and candy into bowls for us and line up the Cracker Jack boxes on the counter—those were my favorite because there was a little treat inside.

Getting recognized by people is flattering because it’s nice to hear people like what you do. Once, in San Francisco, a woman asked me if I was Scully from Brooklyn Nine-Nine. We took a photo, and then I like to ask people their names and where they’re from. She said she was from Trinidad. I couldn’t believe someone from Trinidad knew all about our show. At work the next week I told the story to Andy Samberg, who is the star of our show and one of our producers, and he said, “Joel, we’re in over 200 countries.” I had no idea and thought that was pretty cool.

My favorite part of being an actor is auditioning. It’s a challenge, and you’re really only competing against yourself. The only thing I can do is go in and do my best. It’s a lot like being a salesman, but I’m the little briefcase of stuff—I’m the product. Sometimes they’re buying, sometimes they’re not. You just hope they’re buying enough so you can pay your bills. My first acting class was watching rehearsals for a play in college that I had a small role in. I watched how the other actors approached their roles. My friend was directing, and I would watch how he communicated with the actors. I learned an awful lot just from doing that.

We moved to Los Angeles in 1991, and I started a new career doing film and television. I had training to be a stage actor and a lot of that transfers over, but there are a lot of other techniques involved when working in front of the camera. I’d go to commercial auditions, and they would ask me to stop moving my hands and stand still or to speak softer. I was used to having to be bigger than life on stage and speaking so you’re heard in the back of a theater without microphones.

Life lessons I’d want to share with young people are to always be on time, always be respectful of others and always do your best—whatever it is. If you’re not in your dream job right now, that’s OK. Find something that’s palatable in the meantime and work toward that dream at night or take classes to get more experience. You can be doing something else while you get to where you want to go.