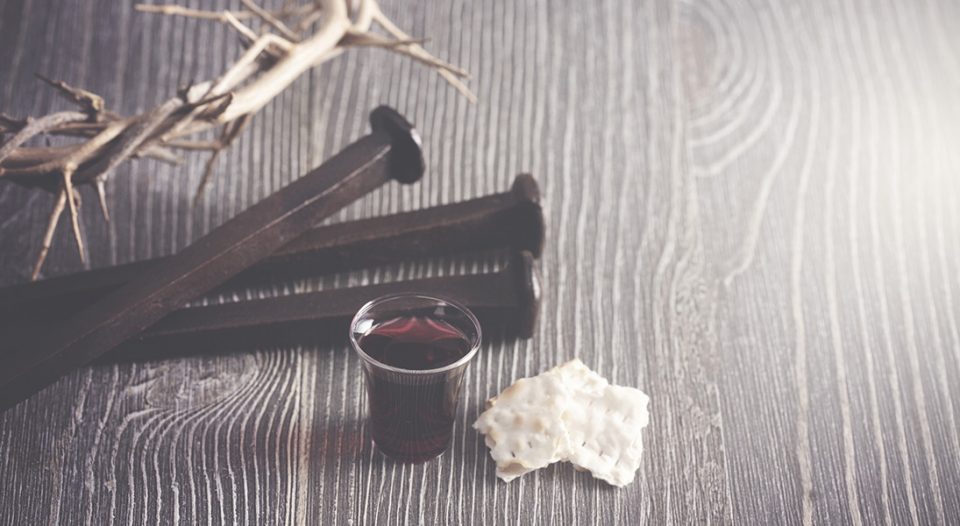 Looking around the world, how many troubles begin with someone trying to be greater than someone else? Wars and invasions, violence and abuse, pride and contempt all have at their root the desire to be greater than others. As we read through the passion narrative, this trend toward self-aggrandizement dominates the narrative. But then, at the very beginning we see Jesus’ offer of a better way.

I wouldn’t have suspected that the disciples would be the first group to undermine Jesus’ mission. But here they are—immediately after Jesus’ celebration of the Passover and just before he went to pray in Gethsemane—engaging in an argument over who is the greatest (Luke 22:24). I wonder if this argument sprang out of the previous debate over who would be the one to betray Jesus (Luke 22:23). The text isn’t explicit, but I could see a disagreement that started with “I would never betray Jesus, because I love him so much!” quickly turning into “I love Jesus even more than you, so I certainly would never be the one to betray him.” All of a sudden, the disciples are arguing about who is the best disciple. But they certainly weren’t the only ones to engage in such an argument.

The servants of the High Priests (Caiaphas and Annas both served in the role) and the members of the Sanhedrin, who were part of the plot to have Jesus executed (it certainly was not the whole Sanhedrin!), also made a point of arguing over who was the greatest. In addition to mere words, they used fists as well. They mocked Jesus, beat him, made light of his reputation as a prophet and testified falsely about him (Luke 22:63-65). The night watch of conspirators used violent words and actions to demonstrate how superior they felt to Jesus. They believed he had no right to make his religious claims! They demonstrated their power over Jesus by abusing him and handing him over to the Romans.

At the table that Jesus sets, there is simply no room for human arguments about who is greater or who is lesser.

If there was ever a society built on demonstrating an ostentatious imbalance of power, it was the Roman Empire. Roman occupiers put citizens of the lands they conquered to death by nailing human bodies to trees as a blatant piece of propaganda that said: “We can do whatever we want, wherever we want, to whomever we want. If you try to resist, this is what we can do to you.” Crucifying Jesus, and so many other thousands of Jews before and after him, was an attempt to display in the most vulgar and gruesome way that Rome was greater than any other nation.

These three groups and three arguments tried to show who is greater and who is lesser. But Jesus demonstrates a different way. He says the rulers of the Gentiles try to show their greatness by oppressing others, or by ostentatious charitable gifts to build up names for themselves (Luke 22:25). Jesus points to his own counterexample as the way he wants his apostles to live. He came as a servant (Luke 22:27), not seeking to domineer or build up a reputation for himself. To those who follow Jesus through trials and suffering, he grants a seat at the table (Luke 22:29-30) where everyone eats of the same bread—Jesus’ body that has been given for all. At that table, everyone drinks the same wine—the new covenant in his blood.

At the table that Jesus sets, there is simply no room for human arguments about who is greater or who is lesser. That’s what Gentile rulers have always done, but it’s not what is to be done in the new community that God is creating through Jesus. So, whether it is a dictator invading a peaceful neighboring country, or regular churchgoers looking down on our friends who maybe only make it to Christmas and Easter services, let us be clear that assertions of greatness have no place at the heavenly banquet that we taste, in part, when we assemble. At the table, in the meal in which Jesus is both host and sustenance, there is no one who is greater, only those who are invited and beloved.