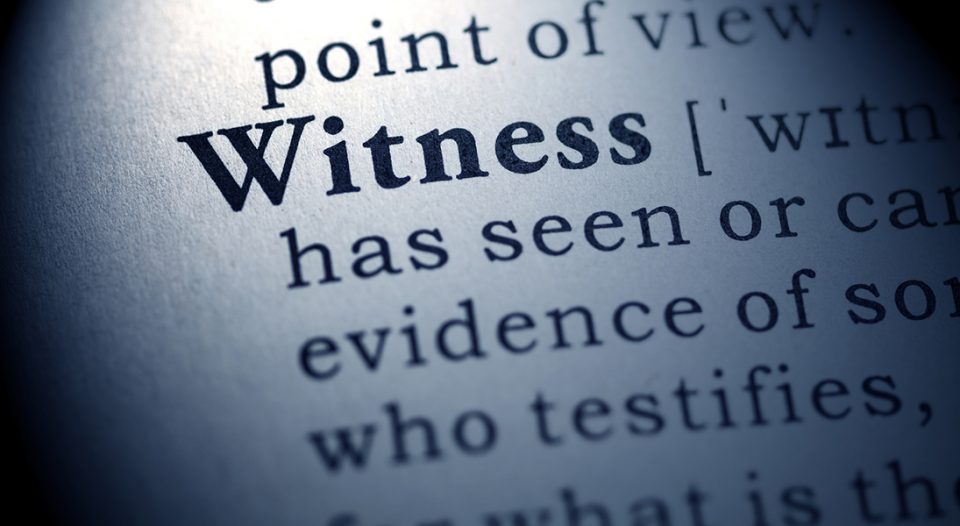 Acts is one of my absolute favorite books of the New Testament. I love reading the stories of the bold apostles who, set free from societal constraints by the example of the crucified and risen Jesus, courageously witnessed to what they knew to be true. Peter’s brief dialogue before the Sanhedrin in this week’s lectionary reading is inspirational when I think about being a witness to the Resurrection in my life and context.

The apostles, as true disciples of Jesus, were repeating in their lives what they had seen Jesus do with his. They healed the sick and expelled the powers of evil (Acts 5:16), and they taught the truth about God and Jesus (Acts 5:21). In the process, they upset some of the religious leaders, who cared more about power and image than what God was doing (Acts 5:17). And no matter how hard the powers that be tried to shut up and shut down the disciples, the good news of Jesus spread (Acts 5:25). That is the immediate context of the passage we read this week from Acts. The disciples were being conformed increasingly to the image of Jesus (Romans 8:29).

When the religious leaders called Peter in and interrogated him, their main concern was that they were being blamed for something that they, in fact, had done. The same people who handed Jesus over to the Romans for crucifixion told Peter: “You are determined to bring [Jesus’] blood on us” (Acts 5:28). Religious leaders in those days, and in our time too, hate when their abuse of those who are supposed to be in their care is brought to light. Imagine the hubris—the Sadducees knew how they hurt people, but instead of repenting, they blamed the witnesses who exposed how they hurt people!

Witnesses to the wrong that men do and the right that God does always need to come forward and speak the truth.

Peter had no time to protect the reputations of those who were supposed to pastor and serve but instead abused their authority in the community: “We must obey God rather than men!” When the truth is inconvenient or upsetting, it is, nevertheless, still the truth. And the inconvenient truth for the Sadducees was that their lies and violent disregard for those they hurt were finally being exposed. The man they had handed over to be killed, God raised up! And not only that: God exalted Jesus, elevating him to God’s right hand, and made him a prince and savior (Acts 5:31).

I think Peter knew the Sadducees weren’t going to listen to him, but he needed to tell the truth anyway. Witnesses to the wrong that men do and the right that God does always need to come forward and speak the truth, even when they know that those in power will be more concerned about maintaining power than making things right. And when such witnesses do come forward, they will be in good company. Peter said, “We are witnesses of these things, and so is the Holy Spirit whom God has given to those who obey him” (Acts 5:32).

In the end the Sadducees wanted to execute Peter for telling the truth about what they had done to Jesus—and what God had done for Jesus. But a Pharisee stood up and reminded them that when you fight against the truth, no matter how many witnesses you disregard or make disappear, you are actually fighting against God. Yet, that didn’t stop the Sadducees from abusing Peter once more and ordering him to stop sharing his testimony (Acts 5:40). The sad fact is that power and position are difficult things to let go of for most people. But Peter went away rejoicing and continued to share the truth everywhere he could (Acts 4:41-42).