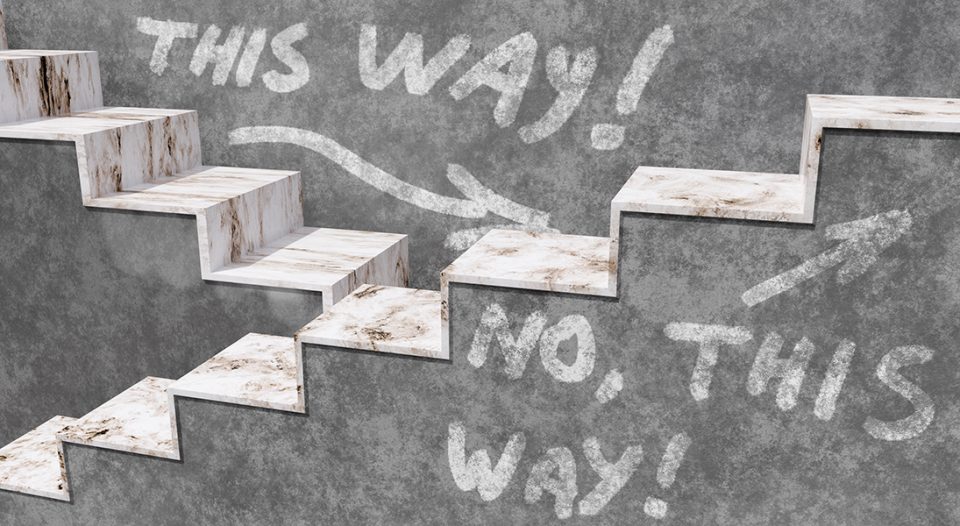 I’m writing this in Egypt on the first night of the first month of Ramadan. This isn’t where I saw our family living at this time last year. A chance visit to elca.org completely changed our plans and the trajectory of our lives. I was happy with my two synod jobs, but I still kept my eyes open for a full-time seminary job. But God had different plans and sent us to a city of 24-plus million in the desert, where I hear the call to prayer (and fast breaking!) while I write Bible studies. Do you ever pause, look around and think, “Wow, I didn’t expect to end up here”? I do frequently. I wonder if Paul and Timothy felt something like that.

Paul and Timothy had great plans! Paul was gaining so much traction among the Gentiles that a church council was called to make sure instruction for the thousands of new Christians was consistent from place to place. He had planned to just keep following the eastern shore of the Mediterranean, preaching the message of Jesus. But then some strange things happened. 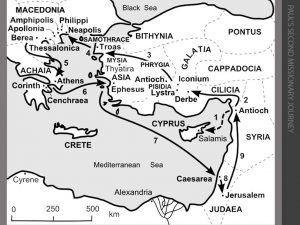 In Acts 16:6, we read that the Spirit prevented the missionaries from entering Asia (think western Turkey). How odd! I can’t imagine the Spirit saying, “Paul, Timothy, do not bring the good news of Jesus’ triumph over sin and death and reconciliation by his blood to this place.” Yet, that is what our missionaries understood. They then set out for the north of Asia Minor, by the Black Sea coast. But this time Jesus’ Spirit said “no” (Acts 16:7). Instead of returning home, Paul and Timothy pressed on, going between the two areas that had been forbidden them. On his second major missionary journey, Paul can’t have expected that he would hear more about where he shouldn’t go than where he should.

Finally, in a dream, a man from Macedonia (northern Greece) called out for Paul and Timothy to come and help his people. After being steered away from everywhere he was expecting to go, Paul and Timothy took a boat to another continent. On arrival, they went to a major Roman colony, Philippi. Judging by the number of Latin inscriptions, this wealthy town was profoundly Roman rather than Greek. Although built literally on a Greek foundation, the city was mostly settled by veteran Roman legionaries who had fought in battles nearby. The economy and ethos of Philippi were based on this connection to the Roman military. It can be compared today to Fayetteville, N.C., which is next to Fort Bragg, one of the largest military installations in the world. With such a concentration of Romans, Philippi was the least likely town in the area to find a Greek man of Macedonia. Had Paul had his expectations upset again?

After staying in Philippi several days, Paul and Timothy went out of the city to a river, where they thought there might be a place of Sabbath prayer. There they met Lydia, a dealer in purple cloth from Thyatira. She was the first person in Europe to follow Jesus. This could not have been what Paul was expecting. He went to a Roman military city to look for a man from northern Greece, but a woman was the first person to receive their message. She dealt in luxury goods, rather than being a warrior. And she was from a town in Asia Minor, where Paul had been forbidden to speak. The irony is thick!

God opened Lydia’s heart. She and her whole household were baptized. Lydia prevailed upon Paul that if he found her faithful, he should come and stay in her home. Paul could never have expected that God would bar him from witnessing in some areas only to send him to another. When he arrived, instead of meeting a man of Macedonia, he met a woman from Asia living in a Roman town.

There’s an old Yiddish adage that says: “Mann Tracht, Un Gott Lacht” (Humans plan, and God laughs). We don’t know what will happen tomorrow, much less years from now. May we be faithful for the journey, wherever it leads.