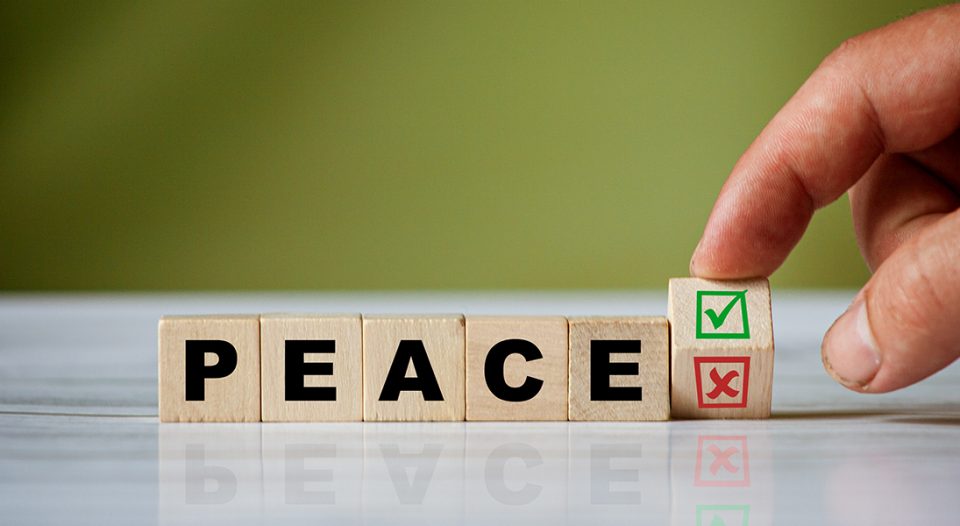 I don’t know about the rest of you, but these last couple of months have left me feeling burdened. Far too many of our streets, stores, schools and places of worship are dangerous or even deadly. I want to feel, and I want all our neighbors to feel, peace and safety in our lives. I believe this longing for peace in our cities is intimately tied to God’s reign.

When Jesus prepared the 72 to go before him into the villages that he would visit, he gave specific instructions: they were to heal people and announce that “the kingdom of God has come near to you” (Luke 10:9). That way, when Jesus finally arrived, the people would have already witnessed God’s power and would have had their curiosity piqued to know more about the movement of the kingdom.

But it wasn’t an easy mission. Jesus sent this large number of disciples out as sheep among wolves (Luke 10:3) and gave them two litmus tests for evaluating their new environments. In the first case, they were to find a house in which to lodge. They were to eat whatever they were served and not leave one house for another (Luke 10:5-7). For the test they would say, “Peace to this house,” and if a peaceful person was there, some of the disciples’ peace would rest on that person. If there wasn’t a peaceful person in the house, the disciples’ peace would return to them. Either way, the disciple was to stay in that house as long as she or he stayed in the town.

Jesus sent his disciples ahead of him to identify cities of peace that welcomed strangers as blessings and were curious about—rather than threatened by—the kingdom of God.

The ideal of a city of peace that welcomes outsiders certainly doesn’t show up for the first time in the Gospel of Luke. Way back in Isaiah, the Lord announced that Jerusalem would become like a mother of a newborn, breastfeeding all those who returned to her, carrying them on her hip, playing with them on her knees and offering maternal comfort (66:11-13). In this metaphor, God acts first as a midwife, giving Jerusalem comfort and strength to bear quickly and painlessly all her returning children (66:7-9). Then God acts as a good birth partner, giving refreshing peace like a river. Finally, God gives a fitting push-present of the glory of nations that would stream to Jerusalem (66:12). In the prophet’s vision, Jerusalem is truly a city of peace that welcomes and blesses all who come to her (66:18-23).

But in the same prophetic vision, Jerusalem isn’t naturally a city of peace. Rather, work continually needs to be done to put away hypocrisy and abuse. In deep continuity with the rest of the book of Isaiah—and, indeed, the prophets more generally—God inveighs against those who would put on public displays of piety while secretly abusing neighbors or engaging in detestable worship (66:3-6). A true city of peace has no place for hypocrisy, violence or empty worship. Instead, new arrivals are welcomed with genuine hospitality. Mechanisms and systems that harm people are intentionally dismantled, and God is worshiped in spirit and in truth, not as humans would like but as God prefers.