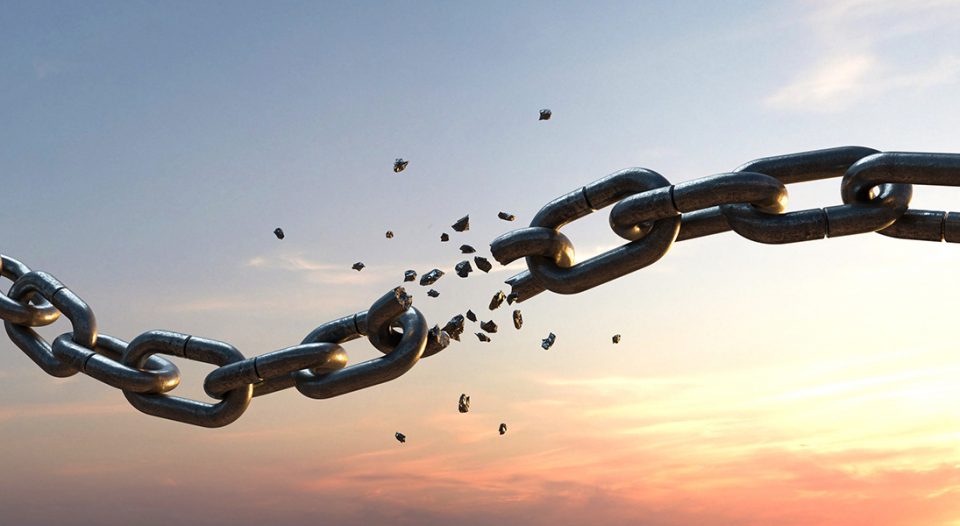 The story of the demoniac(s) in a land across the sea from Galilee is told in each of the Synoptic Gospels (Matthew, Mark and Luke). In each case, Jesus goes to a literally foreign land—culturally and religiously distinct from Galilee—to free someone from a legion of demons. Luke’s version of this story focuses on how Jesus reincorporates into society a man who has been purposefully and intentionally marginalized by that same society for a long time.

The Gospel reading notes that the man had not worn clothing for a long time and lived among the tombs (Luke 8:27). Further, guards had been assigned to keep him there, where he was repeatedly chained and bound even though the fetters weren’t effective. Yet, when the man broke free and escaped his guards, he didn’t run into town to terrorize people. Instead, he was driven into the wilderness (29). Both humans and demons cooperated to keep this poor man away from people.

Further, it seems that this poor, possessed man was accustomed to being tortured. Certainly, he was tormented by his demons. But we should differentiate between the man and the spirit(s) possessing him, as Jesus does. Jesus spoke to the unclean spirit(s) (29-32) but also directly to the man (38). When the man asked Jesus not to torture him as part of the potential exorcism (28-29), I understand that he had probably been the victim of several human attempts to rid him of his demons that did more to harm than dispel the evil that plagued him. In any case, those guards were assigned to repeatedly lock him in chains and keep him imprisoned among the tombs. This is one of the many points of invitation into the text for us.

All too often in our day, humans and evil spirits cooperate to impoverish, marginalize, other, abuse and incarcerate folks. And all too often, well-meaning people attempt to use their insights to help the afflicted and marginalized, but their efforts are torturous rather than liberatory. Several contemporary policies spring to mind, such as the so-called “conversion therapy” or efforts to criminalize rather than support people in difficult situations.

Jesus works to fight the ways we have cooperated with evil to marginalize people. It doesn’t matter if the chain is forged in iron or in demonic possession: Jesus comes to break it.

Hear the good news: Jesus didn’t torture the man. He didn’t even torture the unclean spirit(s)—he gave them exactly what they asked for (which leads to the removal of their ability to harm other humans). In fact, Jesus reversed the man’s situation completely. Instead of being naked, imprisoned, excluded, exiled and bound, Jesus returned the man to his city clothed, free of demons and free of human bondage (35, 39). Where humans and unclean spirits had teamed up to control the man, Jesus gave him total freedom. He insisted that the man not be driven from his home again but should stay in his town as a testimony to the liberative work of Jesus.

But we must notice the townspeople’s reaction: they were afraid when they saw this man, formerly naked, raving, shackled and dangerous, sitting in his right mind and talking to Jesus (35). In fact, they asked Jesus to leave because of their great fear (37). Why were they afraid? While the possessed man was no longer a physical or spiritual threat, Jesus was! Jesus was a threat to that society’s ability to exile and incarcerate their problems. If their torturous efforts to control the man didn’t work, they would simply lock up the scary man and throw away the key. But Jesus reintroduced that man to society and took away their excuse for chaining him up and assigning guards to keep him among the tombs. The townspeople weren’t afraid of the demons as much as they were of the one who showed them how they had been cooperating with the spirits to keep this man oppressed and marginalized.

In this Gospel text, Jesus dares us to ask ourselves who we don’t want to think about. Who have we locked up and thrown away the key? Who have we tried to help and ended up hurting, and maybe even torturing, in the process? Rest assured, Jesus is with them. Jesus works to fight the ways we have cooperated with evil to marginalize people. It doesn’t matter if the chain is forged in iron or in demonic possession: Jesus comes to break it. And he hopes that our response to his re-inclusion of those whom we have excluded will be joy, rather than fear.